David Blaine does magic show about nothing 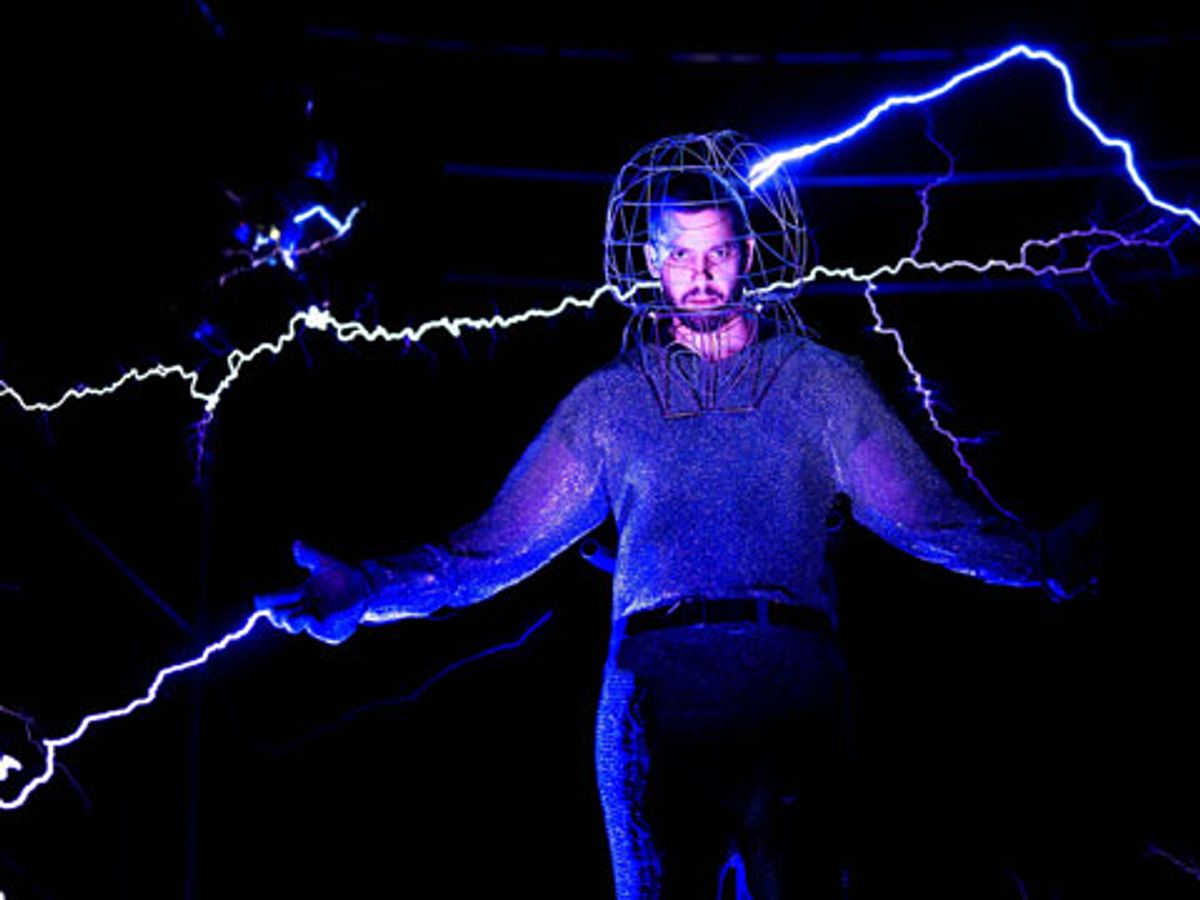 David Blaine hasn't slept or eaten in three days. He is also being gently electrocuted by 1 million volts of electricity. The celebrity magician -- whose previous stunts have included being buried alive, living in a brick of ice, and not eating while residing in a glass box for six weeks -- has been standing on a platform in Manhattan's Hudson River Park while audience-operated remote devices electrocute him. And the results are ... underwhelming.

We're used to Blaine's uneventful stunts, but his latest Tron-looking spectacle might also be introducing increased levels of ozone -- a corrosive gas that can be harmful to the respiratory system -- into New York's atmosphere. According to a report in Scientific American, "As those electrical discharges zap the air, they will separate oxygen molecules, which can then rejoin as O3, or ozone, an unstable toxic gas." There you have it: David Blaine is boring and bad for your health.