The owner of one of the nation's biggest news chains on political influence, media bias, and the future of newspapers 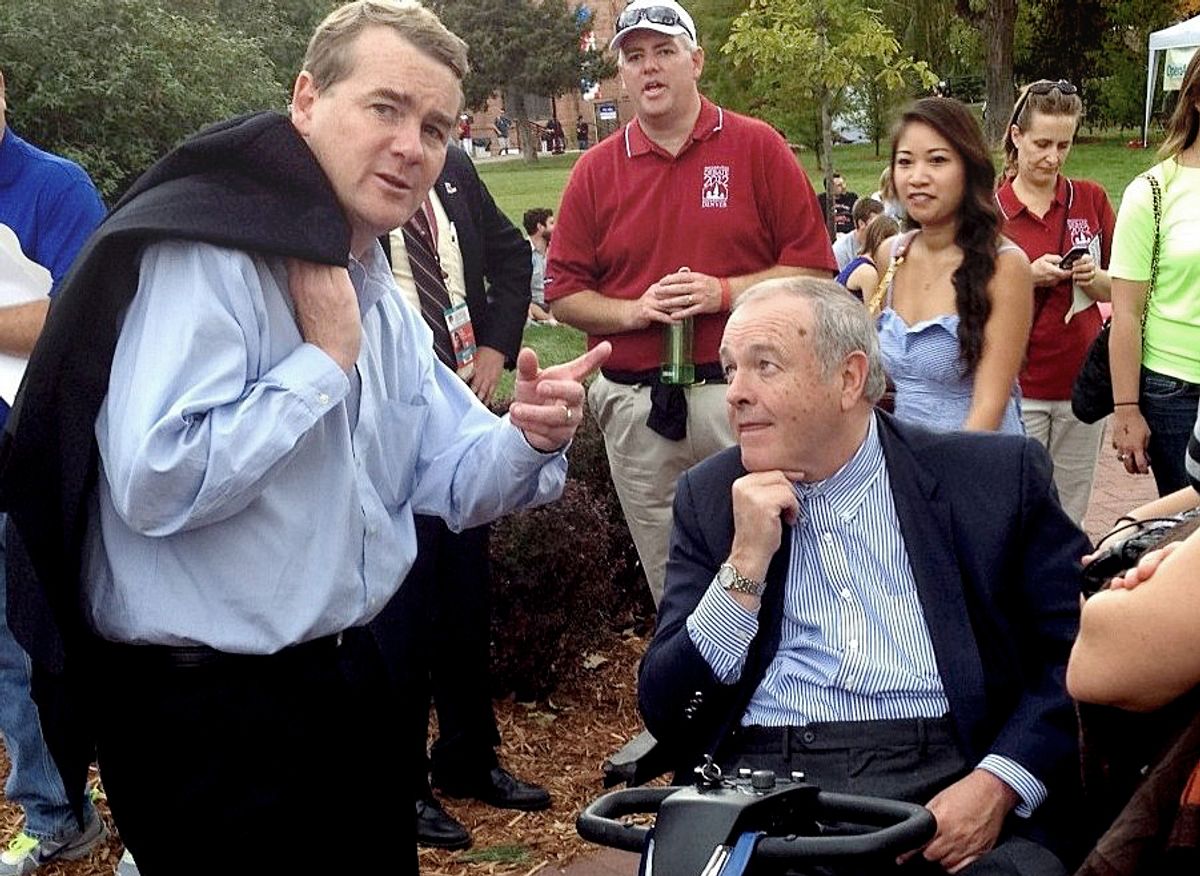 If the term "Citizen Kane" was an official noun in the dictionary, it would be defined as an ideological media mogul who deliberately uses his properties to both influence the political system and exert personal power. Over the years, America has seen a parade of Citizen Kanes dominate, manipulate and distort its political debate, from Hearst and Pulitzer to modern-day contemporaries like Bloomberg, Murdoch and Singleton. No doubt, that latter surname might not be as well known as the others, but it is as influential in many cities throughout the country because it belongs to Dean Singleton, the political activist whose private company, MediaNews, has long been one of the nation's biggest newspaper chains.

In two articles (linked lengthy expose here and here) published last month in Harper's magazine, I examined Singleton's use of the Denver Post to influence politics in one of the most important swing states in America. The piece cited Colorado as one of many examples where, thanks to newspaper consolidation, a politically conservative Citizen Kane faces almost no news competition, thus allowing him to tilt the news without fear of another newspaper publishing a different version of events. Among the scandals I examined was the Post's decision to not publish details of a major financial scandal surrounding U.S. Sen. Michael Bennet (D) during his closely fought reelection campaign. Bennet, not surprisingly, is ideologically aligned with Singleton.

Singleton did not respond to repeated requests to be interviewed for the piece. However, quite unexpectedly, he stopped by my AM630 KHOW radio show as we were broadcasting outside the first presidential debate in Denver. When asked, he agreed to a live on-air interview with me and my co-host, Michael Brown, about the article, media bias, the future of newspapers, and Mitt Romney's refusal to talk to the Denver Post's editorial board.

What follows is a transcript edited for length and with additional context provided in the questions. You can hear the full unedited discussion by clicking here. (Note: The photo above, which I took, is of Sen. Bennet commiserating with Singleton moments after our on-air interview.)

David Sirota: A lot of people, including me, have some suspicions about the objectivity of newspapers in general, and the Denver Post in particular. This is a paper that has run front-page editorials slamming politicians you oppose for taking mildly pro-union positions. What do you say to people who think that the Denver Post is not an impartial arbiter of these issues, especially now that the Rocky Mountain News doesn’t exist to provide an alternative?

You know, I really don’t say anything to them. The news pages of the Post are totally impartial. They’re trained journalists led by a group of editors who make judgment calls on what to cover and how they cover it. I don’t get involved in the news coverage at all. The editorial page is different. It has an editorial board and it takes editorial positions. We believe we’re centrist, because both left of center and right of center both fire at us equally.

DS: In a recent piece that I wrote for Harper’s magazine, former Denver Post columnist Susan Greene said that your newsroom is run by fear that people essentially know where you come down on political issues and don’t want to necessarily report stories that would be counter to where you come down politically. What’s your response to that?

DS: But Greene didn’t argue that you necessarily got directly involved, but that influence is indirect; it comes from the top in an unstated way.

I think Susan Greene is just wrong. If that’s what she said, she’s wrong.

DS: As I reported in Harper's, back during Michael Bennet's run for the U.S. Senate, the Post essentially refused to report a major story of financial problems created by him during his time as school superintendent. There were a few very brief Post stories on a few years before the election, but there was no larger look at it by the Denver Post during the election, even though the man at the center of the scandal was up for election. Then, five days before the election, the New York Times published a major expose of the situation on its front page. How do you explain being scooped like that on a local story?

DS: What political operative? A local school board member?

You know, I’m not going to debate your story.

Michael Brown: Let me ask you a question about the future of newspapers. I’ll be real honest. I’m a guy that for 30 years subscribed to the Denver Post. I’m now no longer taking the hard copy. I read the Denver Post solely online. Don’t you want to just shoot me?

MB: But I’m getting it free!

We try to talk to both candidates and make a decision. The president has been interviewed. We haven’t heard from Gov. Romney yet, so we hope we’ll get to interview him ... We invited both to appear before the editorial board and the president did it by phone, but he did it. And we haven’t even gotten a response from the Romney campaign yet. I suspect we will. A lot of it has to do with the positions they take and how their positions mesh with the editorial positions that the Post has traditionally taken.