The music business is banking on your nostalgia

When Sum 41 goes on a tenth anniversary tour, you know pop music has gotten desperate 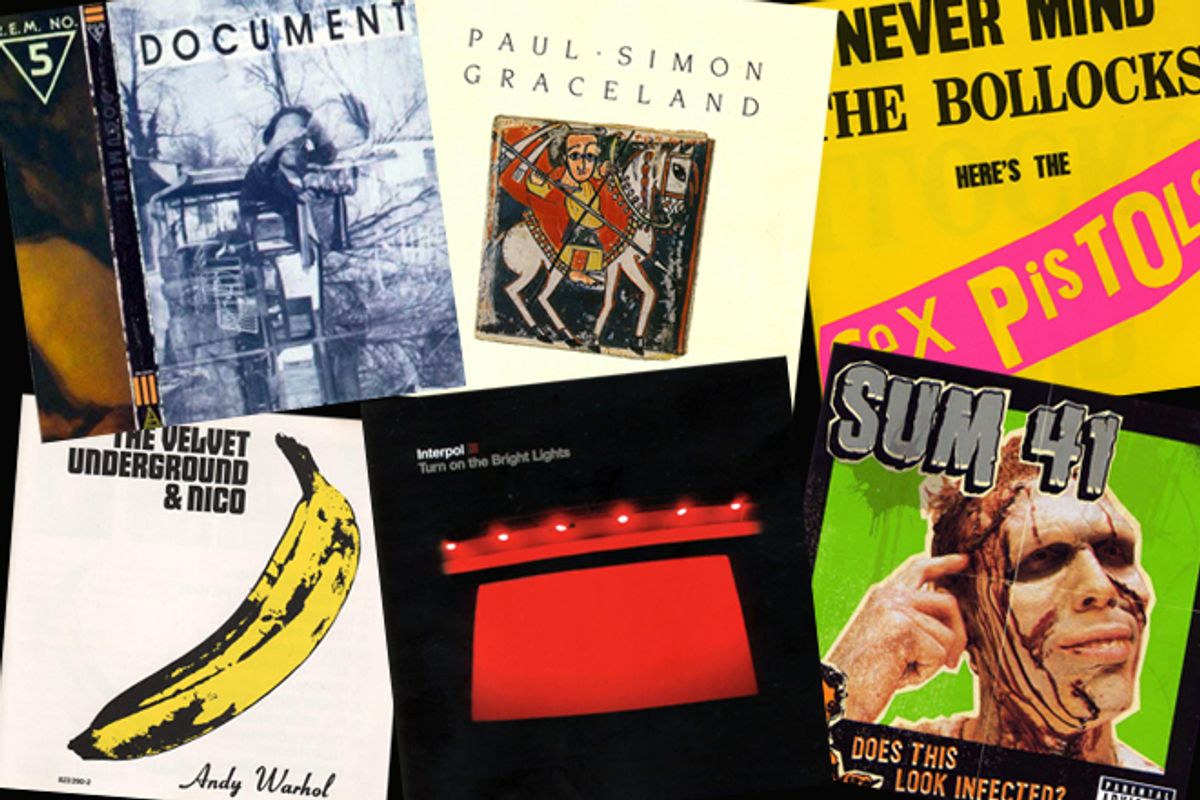 Right now, somewhere in North America, the Canadian band Sum 41 is preparing a tour to celebrate the tenth anniversary of its 2002 release, “Does This Look Infected?” Don’t worry if you don’t know it. The album was a minor entry in the 2000s pop-punk canon, with songs that Entertainment Weekly described as “antiseptic” (if catchy). In fact, the band is probably known more for its singer having once been married to Avril Lavigne than for its music.

Why, then, are we marking the tenth anniversary of “Does This Look Infected?”

Because that’s what we do now. Anniversaries are a big business in pop music, where celebrating nice round numbers means the possibility of cashing checks full of them. From mediocre pop-punk to legendary rock ’n’ roll, seemingly no anniversary goes unremarked — or unmarketed — anymore.

For one thing, anniversaries are excellent opportunities to sell you new versions of albums you already own. This year marks the 45th anniversary of "The Velvet Underground and Nico,"  the 35th anniversary of "Never Mind the Bollocks, Here’s the Sex Pistols," the 25th anniversaries of Paul Simon’s "Graceland" and R.E.M.’s "Document," and the tenth anniversary of Interpol’s "Turn on the Bright Lights" — and you can buy new expanded editions of all of them, if the lure of bonus tracks and demos is seductive enough for you to open your wallet.

Never mind that Universal issued a "deluxe edition" of "The Velvet Underground and Nico" in 2002 (the 35th anniversary, if you’re counting), or that Virgin and Warner Bros. put out new versions of "Never Mind the Bollocks" in 1996 and 2007. Even "Document" has been remastered twice and released as a DualDisc CD/DVD combo.

Anniversaries are also a way to juice demand for concert tickets by emphasizing the milestone angle: We’re not just in it for the money; we’re celebrating a Moment. Consider Mike Love, who has been flogging the Beach Boys’ catalog on the road for decades with various configurations of ringers. Putting Brian Wilson and the other surviving members back in the band in honor of the group’s 50th anniversary moved Love out of the casino matinee slot and into bigger venues, where the reconstituted Beach Boys played for broader crowds, and attracted significantly more attention.

"We didn’t just show up for this tour like some museum act," Love wrote last week in the Los Angeles Times. "We sang well. We played well. We moved people and we touched a lot of hearts. And it was beautiful."
Yes, it was all very touching and triumphant — until Love dropped Wilson (and fellow returnees Al Jardine and David Marks) as the 50th-anniversary shows wrapped up. Party’s over. Now get out.

But that’s silly. With music, or any art, the party is never really over. What matters is our own relationship with a band or an album, which is why hyping anniversaries seems like little more than a way to monetize nostalgia. Fair enough, in a way. The ailing music business is scrambling to survive, after all. Yet pop-culture anniversaries are largely arbitrary milestones. "Never Mind the Bollocks" doesn’t magically sound better on the fives and tens, just like there’s no real significance to Mike Love and Brian Wilson reuniting for the 50th anniversary of the Beach Boys — particularly because their reunion actually coincided with the 51st anniversary.

What’s really worth celebrating isn’t some reminder from the marketing department that Lou Reed and John Cale once had a fruitful creative relationship. We don’t mark anniversaries simply because something happened, we celebrate because of what it means to us now. That is to say, we don’t need an excuse to celebrate the things we love. We just need to want to, whether it’s been ten years or 12; whether it’s R.E.M. or Sum 41.