Egyptian authorities try to clean away revolutionary graffiti, but artists keep coming back 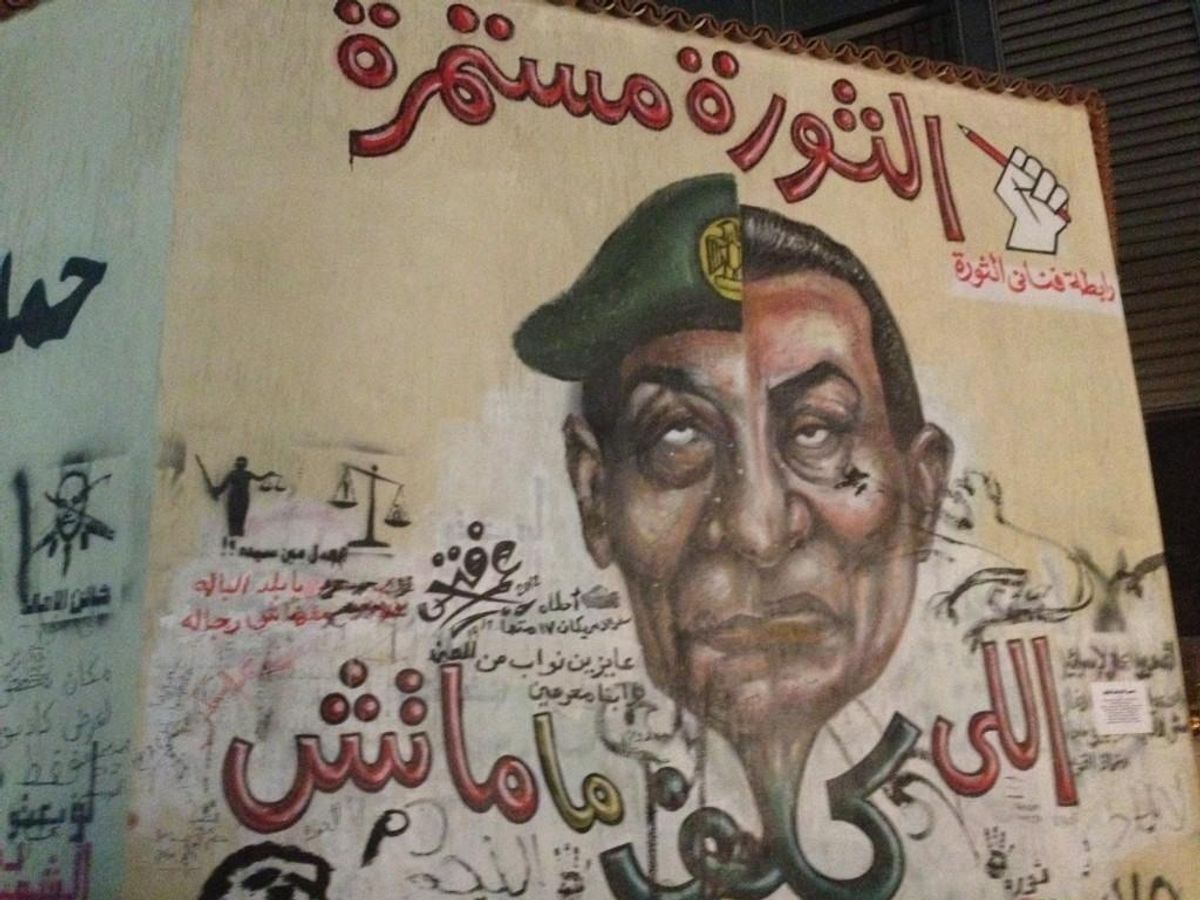 Large and vivid murals leading away from Cairo's Tahrir square have, since last year, become unofficial shrines for those killed by the army and the police in Egypt's uprising.

Despite the street art's popularity with locals and visitors, last month municipal workers white washed the mural along Mohamed Mahmoud Street (dubbed "Martyrs' Row"). The Guardian described the cleaning as a "prosaic" attempt by the Muslim Brotherhood leadership to "clean up the streets." However, street artists have responded with enthusiasm, repainting the newly white walls with new graffiti messages, murals and tributes to revolutionaries. As the Guardian noted, a recent message scrawled on Mohamed Mahmoud Street reads, "Erase it again, you cowardly regime."