Do Democrats have a hack gap?

Serious people suggest Obama's poll dip could be due to liberals criticizing his debate performance. They're wrong 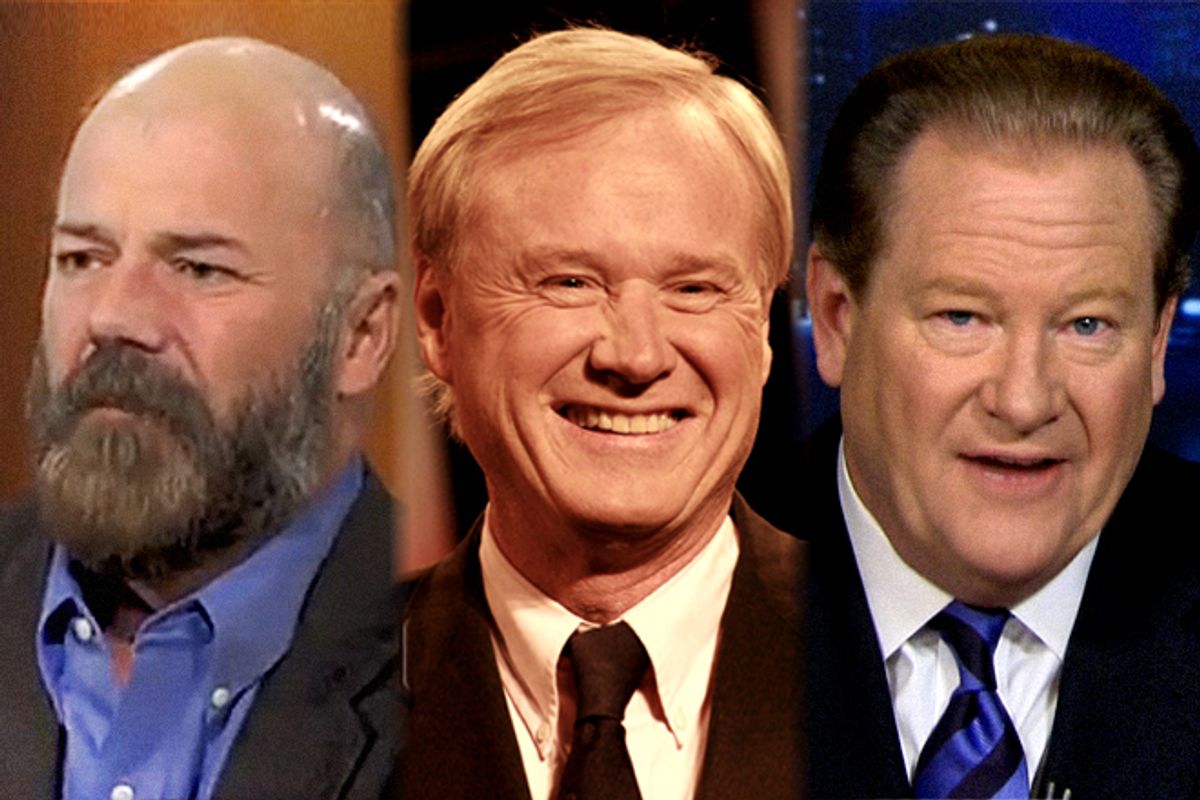 Is the normally smart and sober Kevin Drum trolling us?

In a blog post headlined "The Hack Gap Rears Its Ugly Head Yet Again," Drum posits that Obama's poor debate performance hurt him politically, mainly because media liberals criticized it harshly. Democrats are at a political disadvantage, he argues, because "conservatives outscore us considerably in the number of bloggers/pundits/columnists/talking heads who are willing to cheerfully say whatever it takes to advance the party line, no matter how ridiculous it is." Drum adds as evidence: "Can you even imagine Sean Hannity or Rush Limbaugh tearing their hair out over a weak debate performance? I can't." The post was retweeted by smart people on Twitter, provoking an interesting debate.

Drum blames feverish liberals, particularly on MSNBC, for driving the mainstream media to focus on Obama's bad showing. Had liberals not freaked out, Drum posits, "news reporters would then have simply reported the debate normally: Romney said X, Obama said Y, and both sides thought their guy did great." The public would have concluded it was just another debate. We'd have moved on.

Instead we're still talking about it almost a week later, and some are even positing that Obama's drop in the polls is due to the debate. Drum discounts that, correctly says "the polls were always going to tighten up a bit," and predicts a "modest win" for Obama in November. But then he goes too far:

But if I'm wrong, and this does make a big difference, it will be 100% attributable to the hack gap. Without that, Obama's debate performance would barely have registered. This was a completely avoidable debacle.

Wow. "100% attributable?" That's a little wacky. I criticized Mitt Romney's magical thinking on foreign policy yesterday, but we have magical thinking on the left, too. Sometimes it takes the form of believing that pundits have more sway than they do. Can Drum truly believe that mainstream media reporters take their cues from liberals on TV? Some 58 million people watched the debate; maybe a few million watched MSNBC afterward. Could Chris Matthews and Ed Schultz really define Obama's debate performance as poor in the absence of evidence that it was, well, poor? We can disagree over how poor – Drum says a little, I say very – but the notion that a handful of liberal pundits criticizing the president on TV could ultimately swing an election has no basis in reality. Besides, on MSNBC on debate night, Rev. Al Sharpton and Lawrence O'Donnell kept an even keel, pointing to Romney's lies and his weirdly caffeinated demeanor more than Obama's listlessness. Rachel Maddow was pretty balanced, as well. I say this not to exonerate my colleagues at MSNBC (where I am a political analyst) but to examine the strange relationship liberals have with liberal media. Would that we were so influential.

We knew this race would tighten – and that reporters were looking for a Romney comeback story. His strong debate performance (and Obama's weak one) gave them that storyline. I don't think liberals' criticism is driving that coverage.

While I agree that conservatives have more party hacks on TV, I quibble with Drum's insistence that they never trash their candidate: Witness the circular firing squad over Romney's idiotic statement on Libya and Egypt and the widespread condemnation of his "47 percent" remarks. Had Romney lost the debate to Obama, there would have been hair-on-fire freakouts on TV and in the righty blogosphere. Even Rush Limbaugh might have cracked.

In a way, this is part of an old argument that sometimes manifests in the question "why is there no Rush Limbaugh of the left?" It could be because we have no media star as entertaining and talented at manipulation and lying as Limbaugh on the left. Or maybe it's because there's no audience of "dittoheads" waiting to be told what to think. Certainly if Drum thinks it's my job to be Sean Hannity in lipstick, repeating David Axelrod's talking points every night, that's not a job I'm interested in. (Of course, on the right, critics think I do parrot Axelrod every night.) Chris Matthews is routinely mocked on the right for saying he felt a tingle up his leg during a particularly fine Obama speech; his disappointment in Obama on Wednesday night was equally heartfelt and irrepressible. That's Chris.)

I do think some Obama supporters are going way too far with their debate critique. The day after, I tried to talk down my friend Matthews and former San Francisco Mayor Willie Brown, urging them to look at the way headlines were identifying Romney's distortions and fabrications instead of merely focusing on Obama's missed opportunities. Andrew Sullivan has simply gone around the bend, writing repeated posts declaring that Obama's performance may have/probably has/almost certainly cost him the election, and that's ridiculous. Even sillier is Sullivan's insistence today that only by declaring himself in favor of the Simpson-Bowles deficit cutting plan can Obama hope to retake his lead. Now that's crazy.