North Korea says US within its missile range 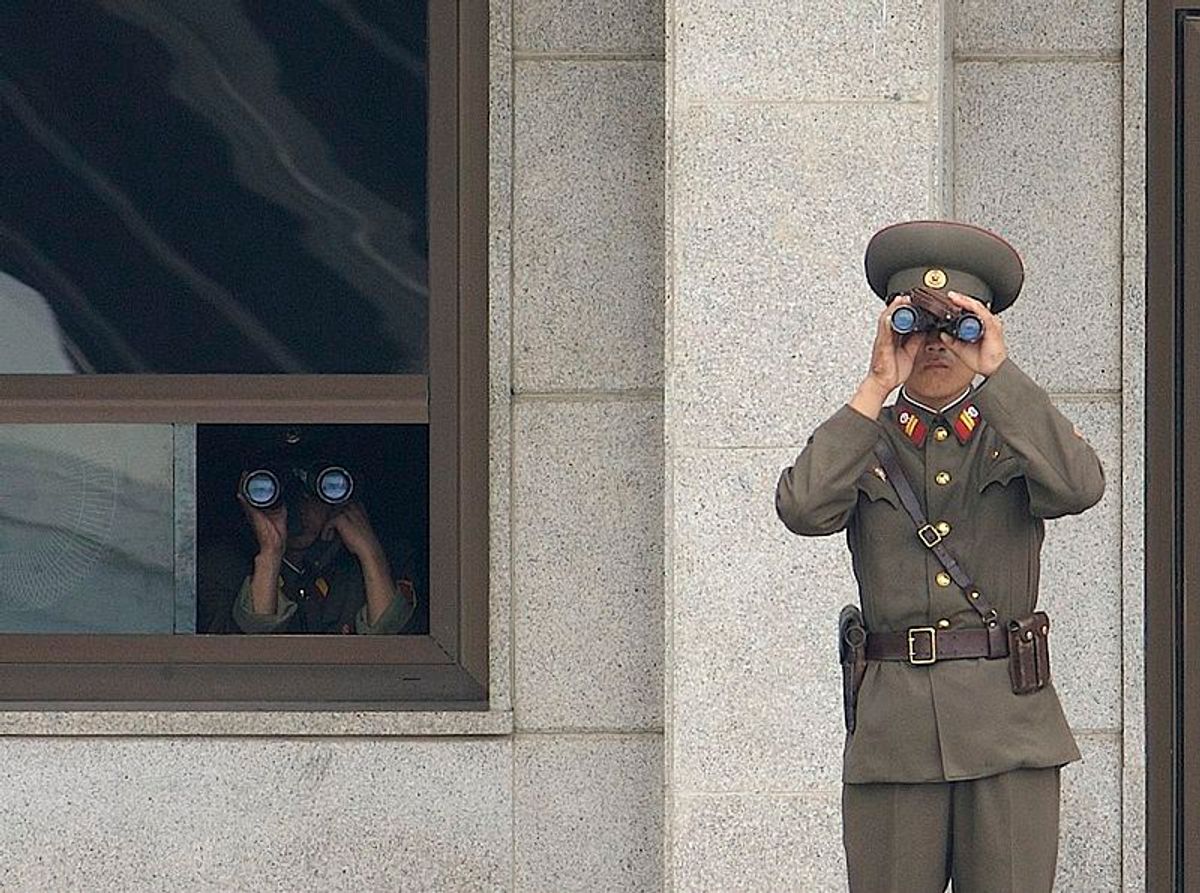 SEOUL, South Korea (AP) — North Korea on Tuesday warned that the U.S. mainland is within range of its missiles, and said Washington's recent agreement to let Seoul possess missiles capable of hitting all of the North shows the allies are plotting to invade the country.

Seoul announced Sunday it reached a deal with Washington that would allow it to nearly triple the range of its missiles to better cope with North Korean missile and nuclear threats. On Tuesday, North Korea called the deal a "product of another conspiracy of the master and the stooge" to "ignite a war" against the North.

In a statement carried by the official Korean Central News Agency, an unidentified spokesman at the powerful National Defense Commission said the North will bolster its military preparedness.

"We do not hide ... the strategic rocket forces are keeping within the scope of strike not only the bases of the puppet forces and the U.S. imperialist aggression forces' bases in the inviolable land of Korea but also Japan, Guam and the U.S. mainland," the spokesman said.

South Korea's Defense Ministry said Tuesday it had no official comment on the North's statement, but Seoul and Washington have repeatedly said they have no intention of attacking North Korea.

North Korean long-range rockets are believed to have a range of up to about 6,700 kilometers (4,160 miles), putting parts of Alaska within reach, according to South Korea's Defense Ministry.

But the North's spotty record in test launches raises doubts about whether it is truly capable of an attack.

Pyongyang shocked Japan in 1998 when it sent a rocket over Japan's main island and into the Pacific. That also alarmed Washington because about 50,000 U.S. troops are deployed in Japan and their bases could be within the North's range. Tokyo and Washington have since intensified their ballistic missile defenses.

But the North's most recent rocket launch, in April, ended in humiliating failure shortly after liftoff. North Korea said it was trying to launch a satellite with that launch, but the U.S. and other countries said it was actually a test of long-range missile technology. The failure suggests that Pyongyang has yet to master the technology it needs to control multistage rockets — a key capability if it is to threaten the United States with intercontinental ballistic missiles.

And although North Korea is believed to have a small nuclear arsenal, experts do not believe it has mastered the miniaturization technology required to mount a nuclear weapon on a long-range rocket.

It's unusual for the North to say its missiles are capable of striking the U.S., but Pyongyang has often threatened to attack South Korea and the U.S. in times of tension. It often does not follow through, but its deadly 2010 artillery strikes on a South Korean island came after it issued a threat to retaliate against South Korean military drills.

Koh Yu-hwan, a North Korean studies professor based in Seoul, said that in the latest case, the North had no choice but to respond to South Korea's extended missile range but is unlikely to launch a provocation, as it is waiting for the results of U.S. and South Korean presidential elections.

A previous 2001 accord with Washington had barred South Korea from deploying ballistic missiles with a range of more than 300 kilometers (186 miles) and a payload of more than 500 kilograms (1,100 pounds) because of concerns about a regional arms race.

The Korean Peninsula remains officially at war because the 1950-53 Korean War ended with an armistice, not a peace treaty. The U.S. stations about 28,500 troops in South Korea as deterrence against possible aggression from North Korea.