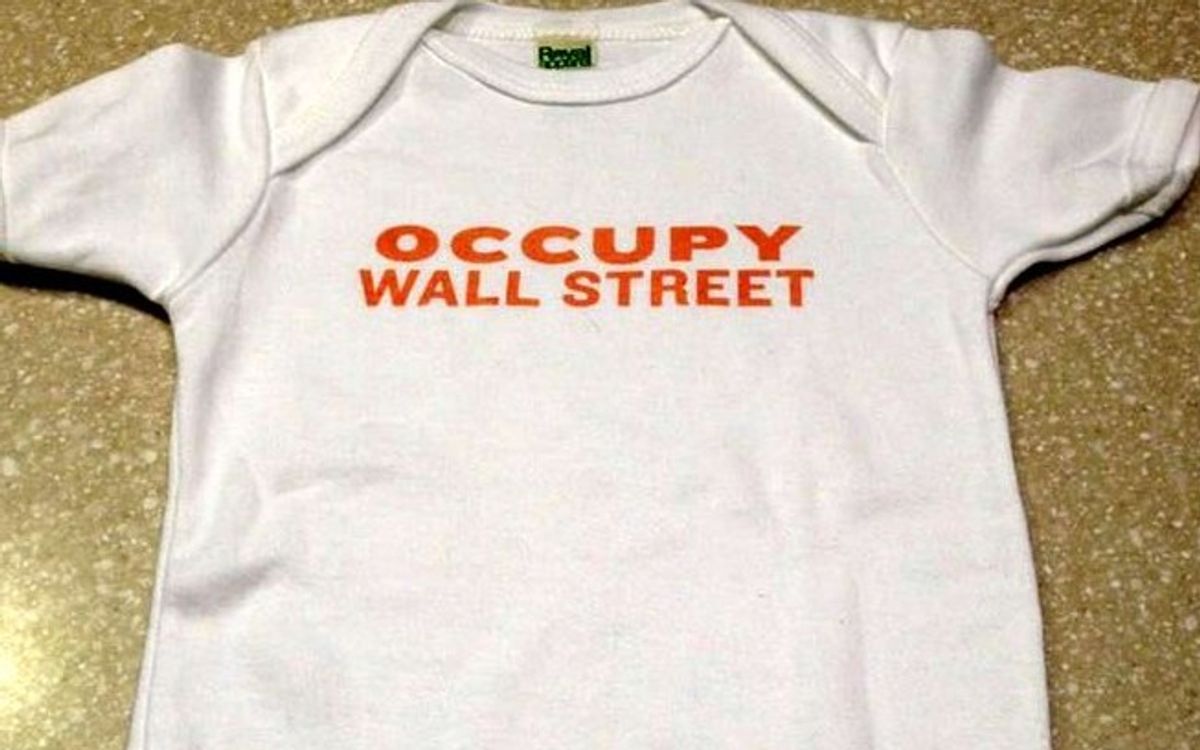 Salon is thrilled to share news of the birth of Occubaby. As we reported last month, a young woman who was pepper-sprayed by the NYPD during an early Occupy protest fell in love with, and became pregnant by, the street medic who tended to her stinging eyes.

According to a report from The Daily, Occubaby, real name Tegan Kathleen Grodt, was born to Robert Grodt and Kaylee Dedrick on Sept. 28. Even in its first days, the littlest Occupier can represent -- The Daily noted that a onesie bearing the letters "Occupy Wall Street" was sent to the couple by the OWS Screen Guild.

Watch the infamous pepper spraying incident below, an unexpected start to love and a new little life: