Super PAC spending is about to explode

Outside groups have already poured half a billion dollars into the 2012 elections, and they're just getting started 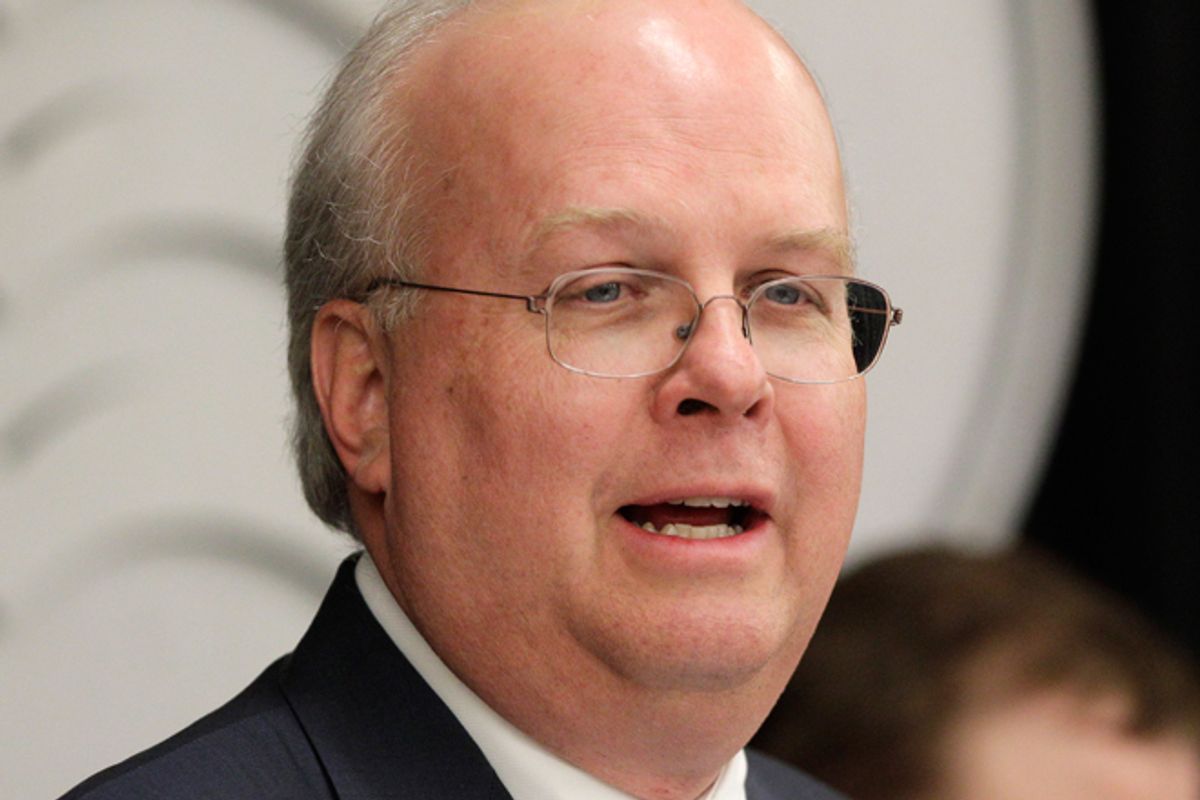 Things have taken a turn for the worse for Democrats in recent days -- just as the campaign enters what could be described as the super PAC death zone. Even though we’ve already seen at least $517 million spent by outside groups, almost all of it on attack ads, during this election cycle so far -- more than every other cycle since 1990 at similar points combined -- the wave of outside money about to crash down on the race between now and election day could add up to double what’s already been spent.

For 10 of the past 11 election cycles, about half of the total outside money spent during the entire campaign came during the month preceding the election, according to data from the Center for Responsive Politics. In 2010, the first election following the Supreme Court’s Citizens United decision, 56 percent of the total spent during that cycle came in the last 30 days alone. The only exception was 2008, when a still considerable 40 percent of the total was spent in October and early November. If that past is precedent, the next month could see another $400–570 million spent, easily pushing outside spending over the $1 billion threshold.

“In a cycle where we’ve already blown away the totals for how much is being spent outside of the campaigns themselves and the parties before that time, then it’s reasonable to expect that -- who knows how much? -- more will come this cycle,” Bob Biersack, a senior fellow at the Center for Responsive Politics told Salon. Because of insufficient disclosure requirements, Biersack said it’s very hard to predict how much that might be. “It’s a lot harder to look forward and anticipate with these kind of activities than it is with campaigns.”

In 2010, outside groups made huge last-minute ad buys, the largest of which came from the Karl Rove-backed American Crossroads groups, which together pumped $50 million into competitive House races. That announcement didn’t come until October 13. And with Romney’s campaign suddenly ascendant after a strong debate performance last week, it’s possible donors who had been on the sidelines will suddenly decide to pony up. Democrats in the House fear their surprisingly strong positions in over 30 races could be overrun practically overnight by big, late super PAC buys.

Another new phenomenon this year is a sharp uptick in spending from groups that don’t have to disclose their donors, including 501(c)4 social welfare organizations and 501(c)6 trade organizations, such as the U.S. Chamber of Commerce. So far this year, even before the final onslaught, these groups have spent more than all outside groups in 2010 combined, according to the CRP data. A court ruling in a case brought by Rep. Chris Van Hollen would have required disclosure for these groups running ads in a window immediately preceding the election, but an appellate court overturned that decision last month, allowing these groups to keep their donors secret. And not surprisingly, the vast majority of this secret money has come from conservative groups.

Of course, there’s a possibility that all this late spending will have little impact after the deluge of political ads voters in key states have already had to withstand. Most consultants, political scientists and psychologists agree that negative political ads are effective, but they recognize that there may be a limit, which this election cycle could test unlike ever before. In some key media markets, which see as many as three times the number of ads as other markets, negative spots are “popping up on soap operas, game shows and even cable reality programs like 'Here Comes Honey Boo Boo,'” NPR reported of Colorado Springs, Colorado. When voters can’t watch Honey Boo Boo dressing up Glitz Pig without being told why Barack Obama is dangerous for America, maybe they’ll ignore the message, but that remains to be seen. For now, donors are willing to bet millions of dollars that the ads will do something more than just annoy viewers.