Stacey Dash invokes MLK Jr. to explain why she's pro-Romney. Does that give liberals a free pass to trash-talk her? 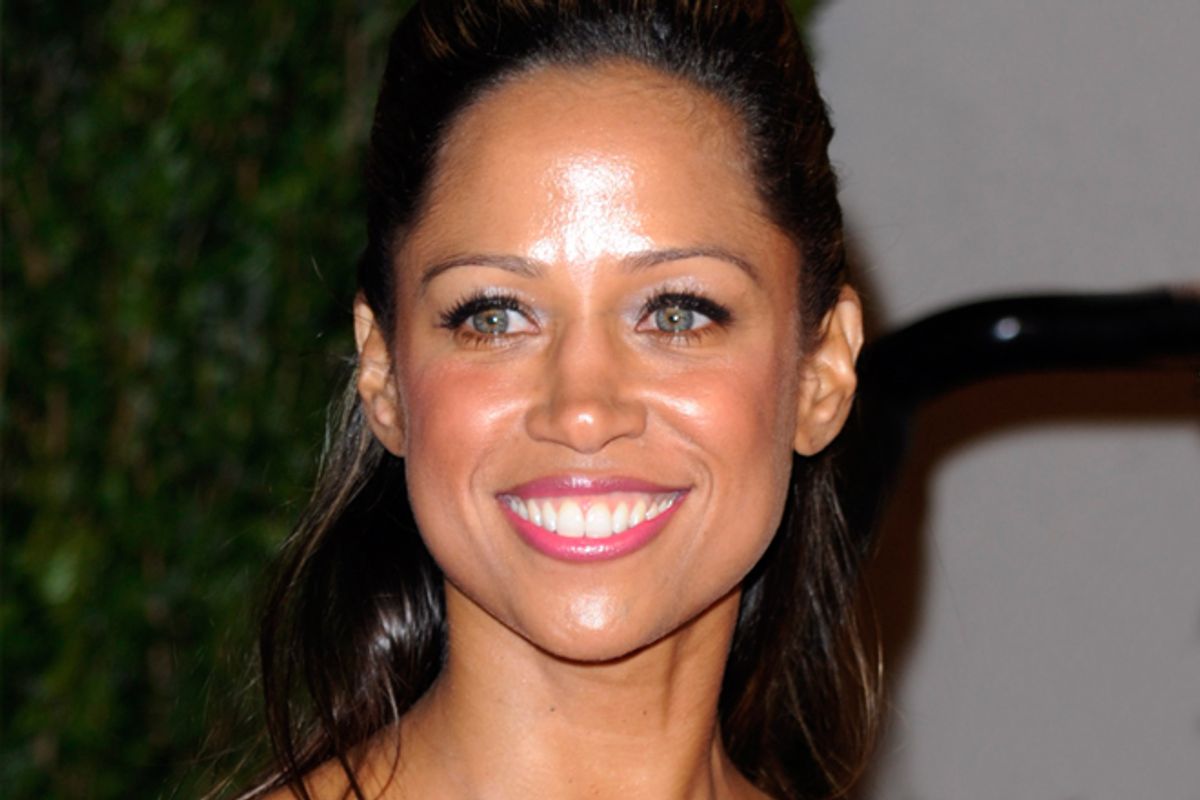 As New Yorker writer Emily Nussbaum tweeted recently, "Be the non-troll you want to see in the world." So here's a message to my fellow liberals this election season: Don't rip a person who was in a movie you liked 17 years ago because she has different political views.

Earlier this week, Stacey Dash, best known as the stylish Beverly Hills teen Dionne in "Clueless," offered her public support for Mitt Romney. And just to prove she meant business, she posted a photo of herself wearing a red bathing suit in front of a flag on Twitter, with the caption, "Vote for Romney. The only choice for your future." Yeah, but does anyone have word yet on who's locked up the coveted Breckin Meyer endorsement?

For Dash — an African-American, and a female to boot! — to pledge her vote to someone other than Obama was instantly seen in certain circles as a mind-exploding impossibility. The Twitter population, which hasn't quite mastered the whole not being racist and sexist dirtbags thing, promptly fired back, calling her an "an indoor slave," who's "slutting yourself to the white man" and telling her to "head back the fields, jig---oo." One of the less critical ones just called her "an unemployed black woman." And of course, there was plenty of "just kill yourself" to go around. Thanks, morons, for giving conservatives a marvelous opportunity to seize upon the fact that Obama supporters can be illiterate jackasses too.

Dash has been enjoying a higher level of public visibility than she's had in some time of late, thanks to her recent appearance on the cover of Entertainment Weekly's "reunions" issue. She appeared on Piers Morgan's show Tuesday to say, "We're all entitled to our opinion. And I used my platform to exercise my First Amendment right as an American citizen to say who I'm going to vote for."

She went on to tell Morgan that "The fury, I really don't understand the fury. I don't understand it. I don't get it … I was shocked, saddened. Not angry. Saddened and really shocked. But you know what, you can't expect everyone to agree with you." And then, just to keep things lively, she invoked Martin Luther King Jr. and declared that she'd chosen Romney based "not by the color of his skin but the content of his character."

Dash isn't some shrieking lunatic like Ted Nugent, demanding people's heads be chopped off. She's a C-list actress who stated whom she's voting for. That's it. The worst thing she did was trot out an MLK reference, which isn't even a misdemeanor on the rhetorical crime scale. Well, that and she gave Ann Coulter an excuse to open her mouth and declare: "There is no one braver in the world than a black conservative." Nope, Ann Coulter, no one!

What makes the way that this has now become a news story so pathetic is that the big shockeroo is that a lady with dark skin could be a conservative — and that her conservatism could inspire such a revolting eruption of trolling. Even in places like Mediaite, where the sane have pointed out, "She gets to vote for whoever she wants. She does not deserve the horrible things that are being said," some of the other commenters have suggested she "hock some wigs like Vivica Fox."

For her part, the actress has had a brief moment of hashtag fame as the subject of #supportstaceydash, and received a shout-out from Paul Ryan. She'll probably leverage the daylights out of all the attention and she'll be all right. But when the 15 seconds of attention this story has received evaporates, let's try to hang on to the lesson here that being racist and sexist for Obama still makes you racist and sexist, OK? Russell Simmons eloquently notes on his blog this week that while he and Dash don't "agree on much," and in fact her triumphant photo from a hunting trip made him "want to vomit," "It is one thing to disagree with someone, but to attack that person with hatred, is flat out wrong." And he says, with the kind of insight Dash's detractor's would do well to emulate, "She just inspired me to work harder to get Barack Obama re-elected."