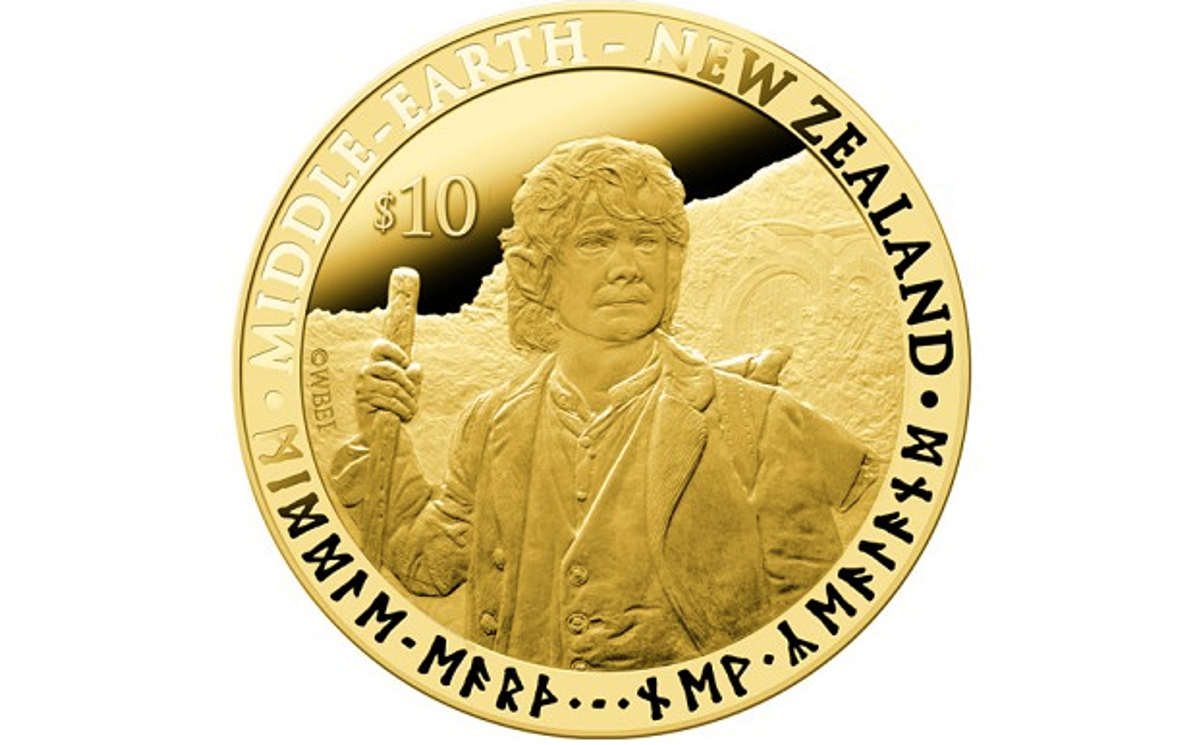 New Zealand, the backdrop of sweeping cinematic scenes from "The Lord of the Rings" and the upcoming trilogy "The Hobbit," is issuing a series of Hobbit coins. The coins are a sort of genius marketing move meant to generate "strong international interest in the build up to the premiere" of the "Hobbit" premiere on Nov. 28. (Is "The Flight of the Conchord's" band manager Murray Hewitt behind the idea?)

Intense, right? More relaxed fans can spring for the the cheapest coin, a NZ$1 coin that sells for NZ$29.90, which features "The Hobbit's" Bilbo Baggins. So what are you waiting for? Go ahead and pre-order yours now.