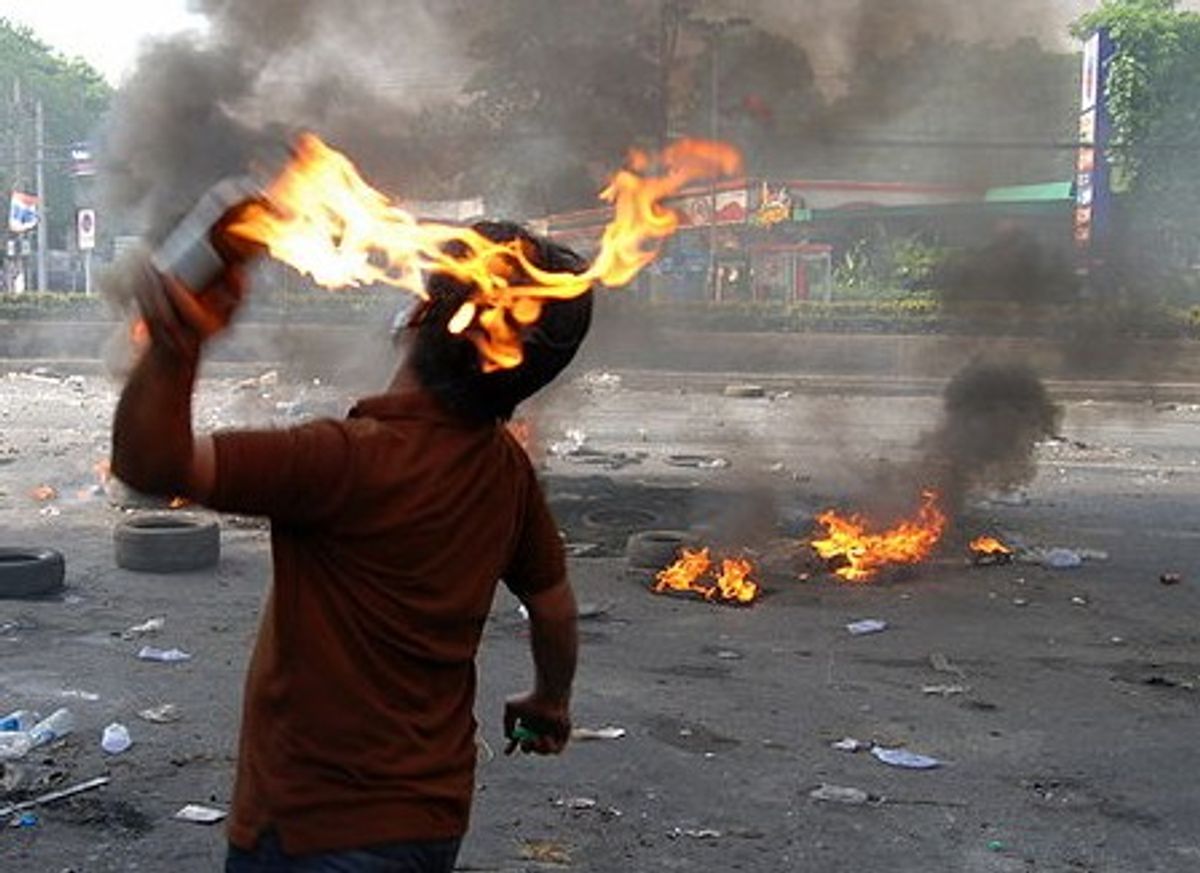 A popular children's magazine in Tunisia printed an article about how to make petrol bombs, the BBC reported. The magazine -- Qaws Quzah (Arabic for rainbow) -- now faces prosecution after Tunisia's Ministry for Women and Family Affairs pushed a magistrate to open a case.

The article on petrol bombs appeared in a section called Knowledge Corner in the magazine aimed at readers aged five to 15. According to the BBC, the piece "carried a picture of a burning glass bottle to illustrate the history and uses of petrol bombs" as well as instructions and a diagram.

"It is an improvised weapon that is often used in riots and acts of sabotage because it is easy to make and use," the article explained.

Following the revolutionary ousting of President Ben Ali last year, Tunisia remains plagued by corruption and high unemployment. Armed militant Islamists are reported to be a growing threat in parts of the country too.