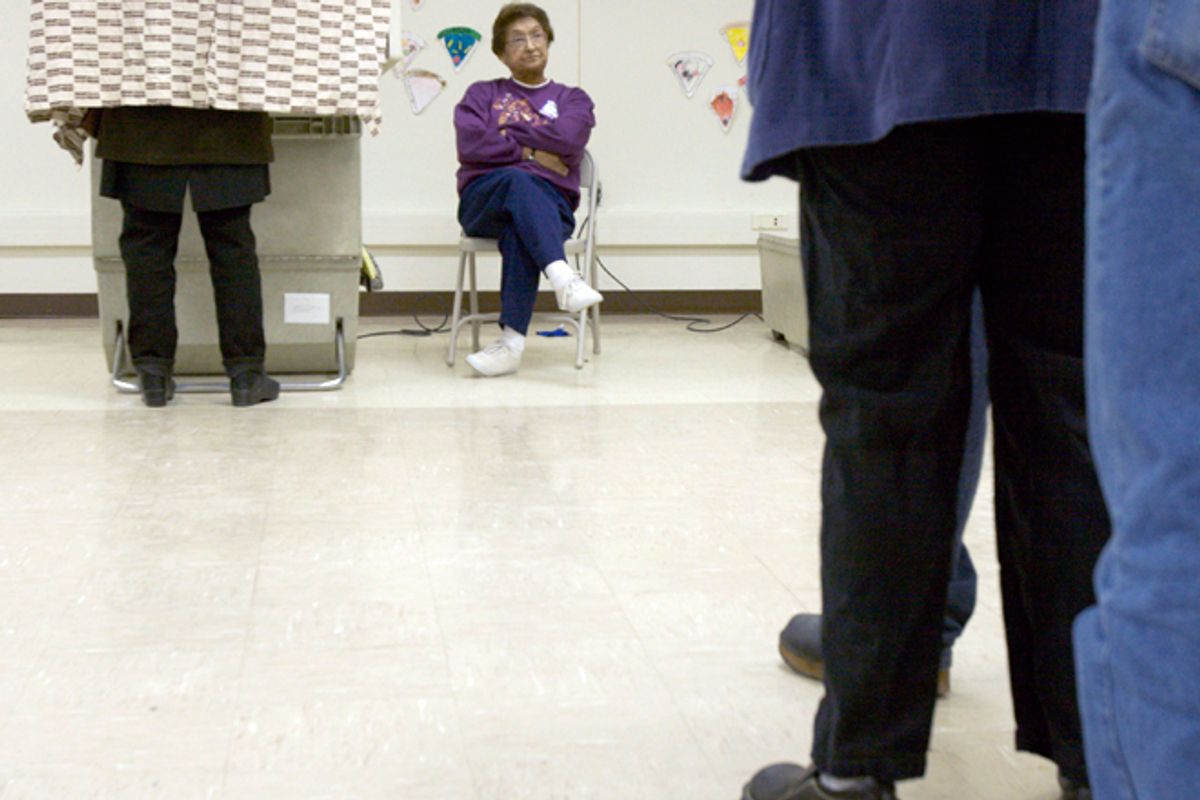 Last week, we reported on a potential voter suppression effort in Sandoval County, N.M., in which Republican officials trained activists to challenge voters’ rights to cast a ballot at the polls based on faulty information. A secretly recorded video of the training, along with a briefing manual, showed that GOP officials were misrepresenting the state’s election law in a way that could lead to “situations of voter intimidation [or] unequal treatment of voters,” an election official in the state told Salon.

Today, voting-rights groups are taking action, sending a letter to New Mexico Secretary of State Dianna Duran, the state’s top election official, asking for an investigation. “We are concerned that without corrective action on your part this and other incorrect information may result in disruption, delay and potentially disenfranchisement on Election Day,” the letter states.

The state’s Democratic attorney general has already said he will investigate the training.

Bob Kengle, co-director of the voting rights project at the Lawyers Committee for Civil Rights, one of the groups sponsoring the letter, said the goal was try to get “corrective action” taken before it’s too late. “If they nip it in the bud, and make sure that correct information gets put out well before the election, then there may be little or no negative impact at the polls.

"On the other hand," he said, "if challengers go to the polls on Election Day and they’re armed with incorrect information about what the poll requirements are, then it’s very foreseeable that there’s going to be disruptions and challenges brought against people who have no problem with their eligibility. And at some point, the delays and confusions begin to turn into people walking away without voting or feeling intimidated."

The video showed, among other things, the GOP trainer telling poll challengers (incorrectly) that they could demand an ID from voters in some circumstances, and that voters who had their names removed from the rolls in a recent purge have to vote provisionally, which is also false. Rep. Steve Pearce, a Republican from New Mexico, surprisingly told the Nation’s Lee Fang when asked about it last week that he supports the training.

It remains to be seen if the materials used in the training were used in other areas of the state as well. “It’s not just a problem for Sandoval County officials, it’s something that the state needs to be concerned about,” Kengle said. He added that this is one of the biggest cases of potential dirty tricks so far this year: “I’m not sure that for this election, that other errors of this magnitude have been identified in other places.”