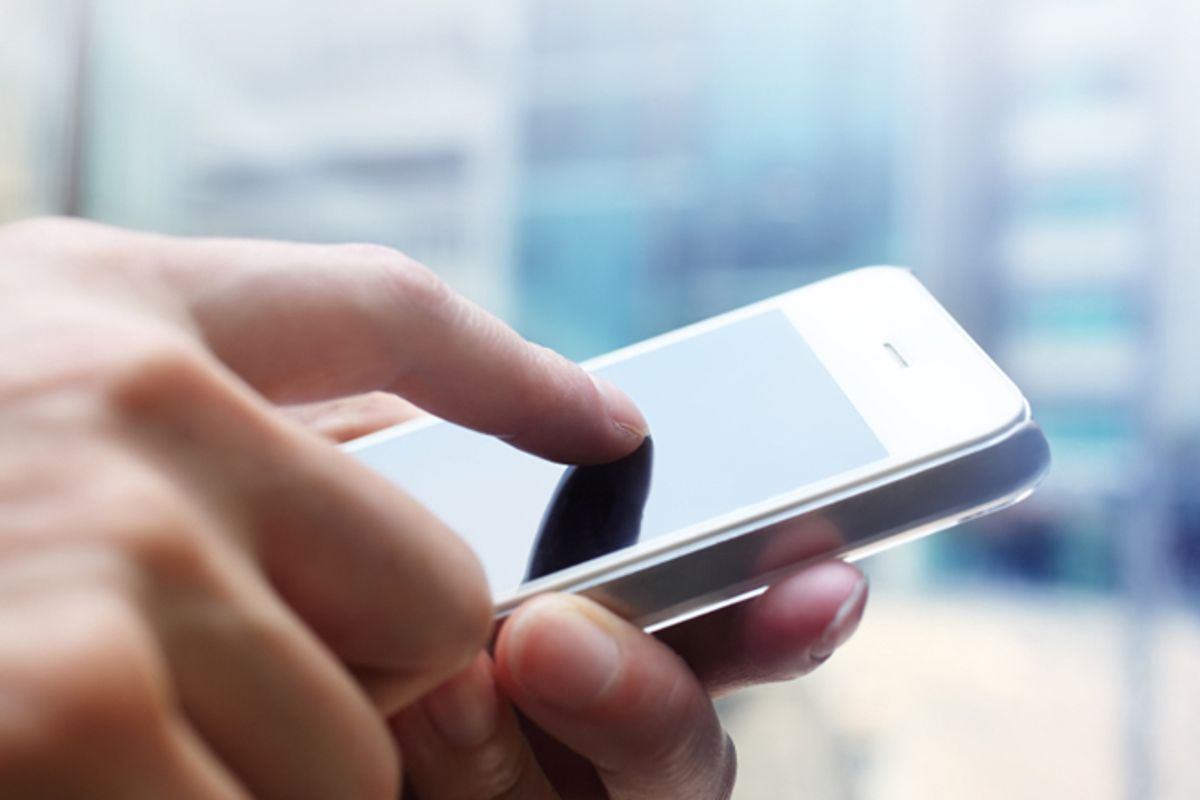 It's a familiar scene in modern female friendship: An iPhone is handed over with a sigh and the instruction to "read this." On the screen are all the text-message back-and-forths, along with the nuance of particular word and emoticon choice, needed to answer the all-important question of, "Does he like me?"

It's no surprise that this fixture of modern dating has spawned a buzzy new website, HeTexted.com. The site allows visitors to share texts from romantic interests, ask a question about said messages, and then get a vote from other users on whether "he's into you," "he's not into you" or the "verdict is still out." If you can get past the blatant misuse of ellipses, capitalization, apostrophes and text-speak, it is an entertaining, and sometimes fascinating, read.

There is absurd but endearing over-analysis -- for example, a woman posts the following text from a man: "Well enjoy the rest of your weekend. Let me know what night works for you." And then she asks, "does he really want to hangout again or is he just being nice by telling me to enjoy my weekend?" There are also plenty of examples of ladies desperate to know the unknowable: Take the woman who shares a text message from a guy saying he'll call later in the week; she wants to know whether he really will.

Of course, some dudely Internet pranksters are already having fun with the site. One user submitted this supposed text, "I FUCKING HATE YOU, I WILL MURDER YOUR FAMILY!" and followed up with the question, "Does he like me??" Then there's this alleged message, "What are you doing at 2am?" which is succeeded by the naive query, "Does he like me or just want sex?"

It's true, most of these text message conversations are pretty straightforward; they hardly require a biblical exegesis. Typically, they fall into the cliche category of "he's just not that into you" or "he's just not that into anything other than sex." But beyond the guffaw-inducing posts, there are earnest queries that reveal that the desperate search for rules on "like" and "love" is alive and well. What does it mean if he does x? And then there's: But what if x doesn't mean y but rather z? Many a lady mag has thrived on such questions -- so have many female friendships.

We also have here a particularly modern willingness -- or at least ability -- to over-analyze the most superficial of conversations. We live in a time of text message screenshots and email forwards -- never has it been easier to ask your friends to weigh in on a specific romantic dynamic. I'm reminded of the extensive email conversations in "Fifty Shades of Grey." (I had to read it for work, OK?) I'm talking pages and pages of the most inane virtual back-and-forths. But when sprinkled in-between kinky sex scenes, it is apparently compelling reading -- a stand-in for complex emotional development -- for a great many readers.

We're driven to find meaning in even the most ambiguous or inconsequential of exchanges. We crave certainty in the most uncertain of areas: love. It's never too late to return to that classic grade-school approach: "Do you like me? Circle 'yes' or 'no.'"