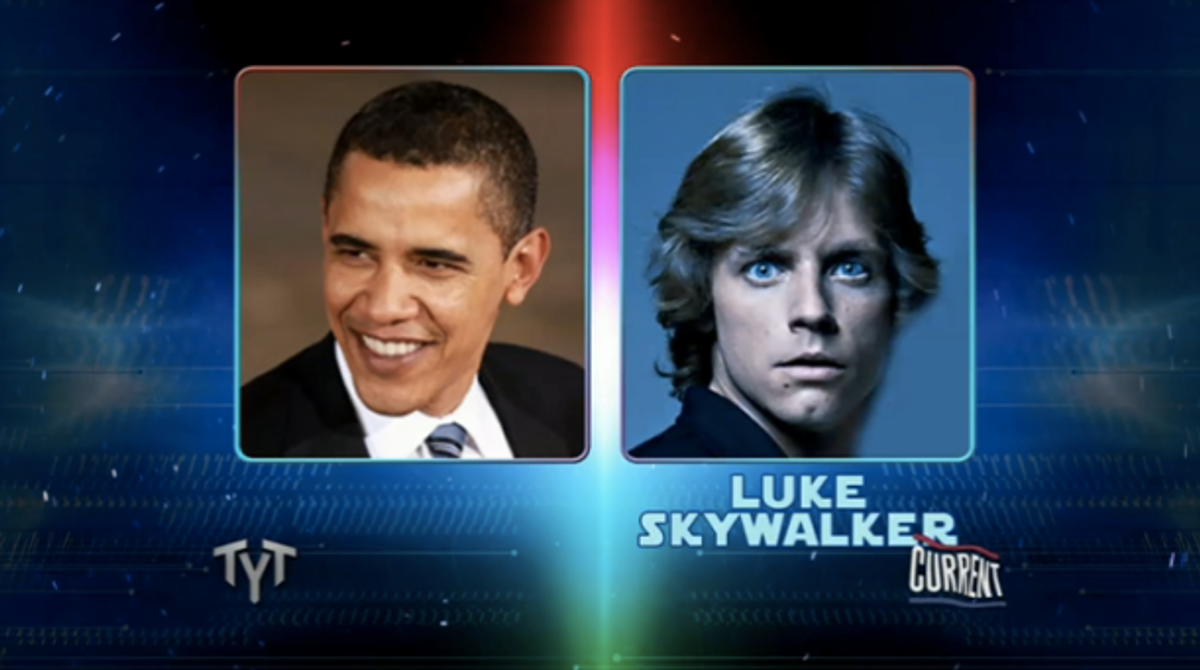 Actor Mark Hamill, Luke Skywalker forever in our hearts, has not been shy about his mistrust of GOP presidential candidate Mitt Romney. Last week he made headlines when he tweeted: "I've never seen a candidate for President lie more than Romney.He lies effortlessly, shamelessly.This snake oil salesman must be defeated!!!"

I debated in high school! If you told things that weren’t true or just made things out of whole cloth, you were penalized. It’s too bad they don’t apply the same standards to presidential candidates as they do to high school students. … I’m surprised at people who have a passion for Mitt Romney, because he’s taken every position there is. I would cast this guy as the president in a heartbeat … but I just cannot believe a word he says.”

But Mark Hamill got to the meat of the issue -- what the rest of America really wants to know -- which is how the politicians stack up to characters from "Star Wars":