The danger for Democrats

Tonight's V.P. debate is unusually important, even if no one ends up remembering what either candidate says 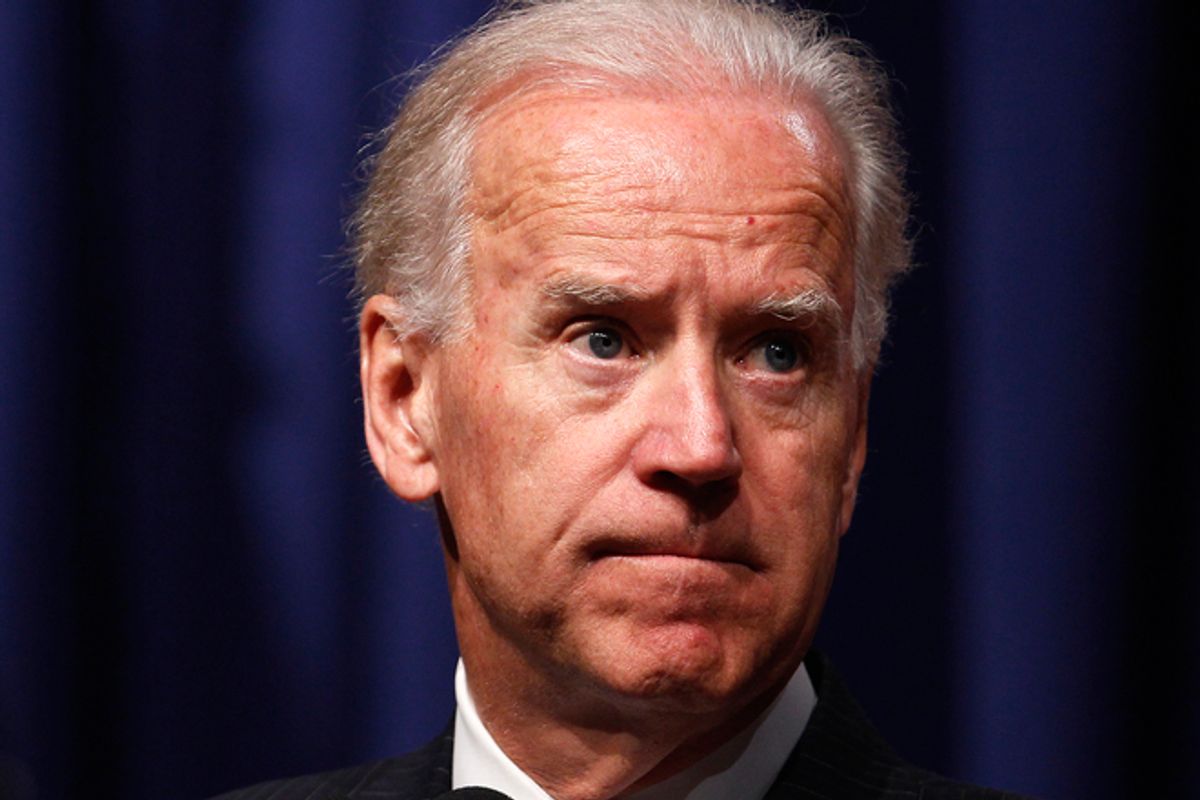 I say this fully aware of the political science research that suggests debates don’t end up mattering much on Election Day. At this point, what we know is that Romney’s well-reviewed performance in last week’s presidential debate (along with Barack Obama’s self-destructive one) has evened the national horse race and improved his standing in battleground states, and that this surge so far seems to be holding. But for all we know, the positive effects of the debate and the post-debate coverage might be on the verge of wearing off for Romney.

Which brings us to the potential importance of tonight’s V.P. debate.

The most likely outcome is something approximating a draw; Biden delivers a sharper, more forceful performance than Obama turned in and presses Ryan on the GOP ticket’s major policy vulnerabilities, but Ryan has at least partial success deflecting the attacks with confident, glib and moderate-seeming assertions – the basic strategy Romney employed in Denver. Under this scenario, the debate probably won’t have much impact.

But it gets more interesting if a consensus emerges that one candidate clearly won. The reason has to do less with anything specific that might be said and more with the larger narratives that the political media uses to interpret the race.

The danger for Democrats is that Biden is deemed the loser, which would result in a wave of stories about how for the second time in eight days the Democratic ticket was shown up in front of tens of millions of viewers. At least some of the frustration and panic that marked the left’s reaction to Obama’s performance would be revived, while Republicans – who mostly stopped their public second-guessing of Romney after Denver – would rally even stronger behind their nominees. This would feed and prolong the media narrative that has so far helped Romney sustain his post-debate momentum for a week.

We’ve seen in this last week how this works. For the entire year, Obama had led Romney nationally, a reality that probably affected how the press framed the campaign. Obama and his team, more often than not, were treated with a winner’s narrative – a stream stories about the various smart ads, messages and strategies they were employing to neutralize the other side’s advantaged and to grab control of a race they were in danger of losing. At the same time, Romney was the victim of a loser’s narrative. It’s true that he brought a lot of this trouble on himself, but Romney’s deficit in the polls also encouraged the press to magnify gaffes and to portray them as evidence of a flailing incompetent campaign and a doomed candidacy. Sean Trende described this phenomenon a few days ago, using a much-discussed pro-Obama ad from the summer as an example:

[M]aintaining a lead allows greater leeway in the arguments it can make. Something like the “cancer ad” from August looks hard-hitting from a campaign that is leading (and I certainly include candidate super PACs as part of the “campaign”), but would probably be described as “desperate” from one that is losing.

But since last week’s debate, Romney has for the first time all year pulled ahead in the Real Clear Politics poll average. Not coincidentally, there seems to have been a change in how the media is treating Obama and his strategy, with his emphasis on Romney’s debate comments about Big Bird earning Obama widespread second-guessing and mockery.  Had Obama won the Denver debate, though, it’s not hard to imagine a much different consensus  taking hold, one in which the press pilloried Romney for taking on “Sesame Street” and laughed along with the Obama attacks.

This kind of coverage is often abetted by the candidates’ own supporters, which presumably affects enthusiasm within each candidate’s base. When Romney was widely portrayed as the inevitable loser, his fellow Republicans began calling him out in public, but they’ve stopped since Denver, and enthusiasm among Republican voters is up. At the same time, Obama supporters have begun to aim their fire at him for the first time this campaign.

For now, this has added up to a tied national horse race, with Obama still seeming to hold a swing state edge, particularly in Ohio. But if the resurgent Romney/flailing Obama narrative is reinforced by the V.P. debate, things could get a lot worse for the Democrats. Think of how Dick Cheney’s well-received performance against Joe Lieberman in 2000 cemented the gains that George W. Bush made after his first debate with Al Gore. Ryan has an opportunity to do the same for Romney tonight. The other way of looking at this, though, is that Biden has a chance to reverse the narrative with a strong performance – as Cheney managed to do against John Edwards in 2004.

Yes, it’s hard to believe many – or any – voters will be thinking of anything Biden or Ryan said when they cast their ballots on Nov. 6. But that doesn’t mean tonight’s debate can’t have a significant impact on the race.