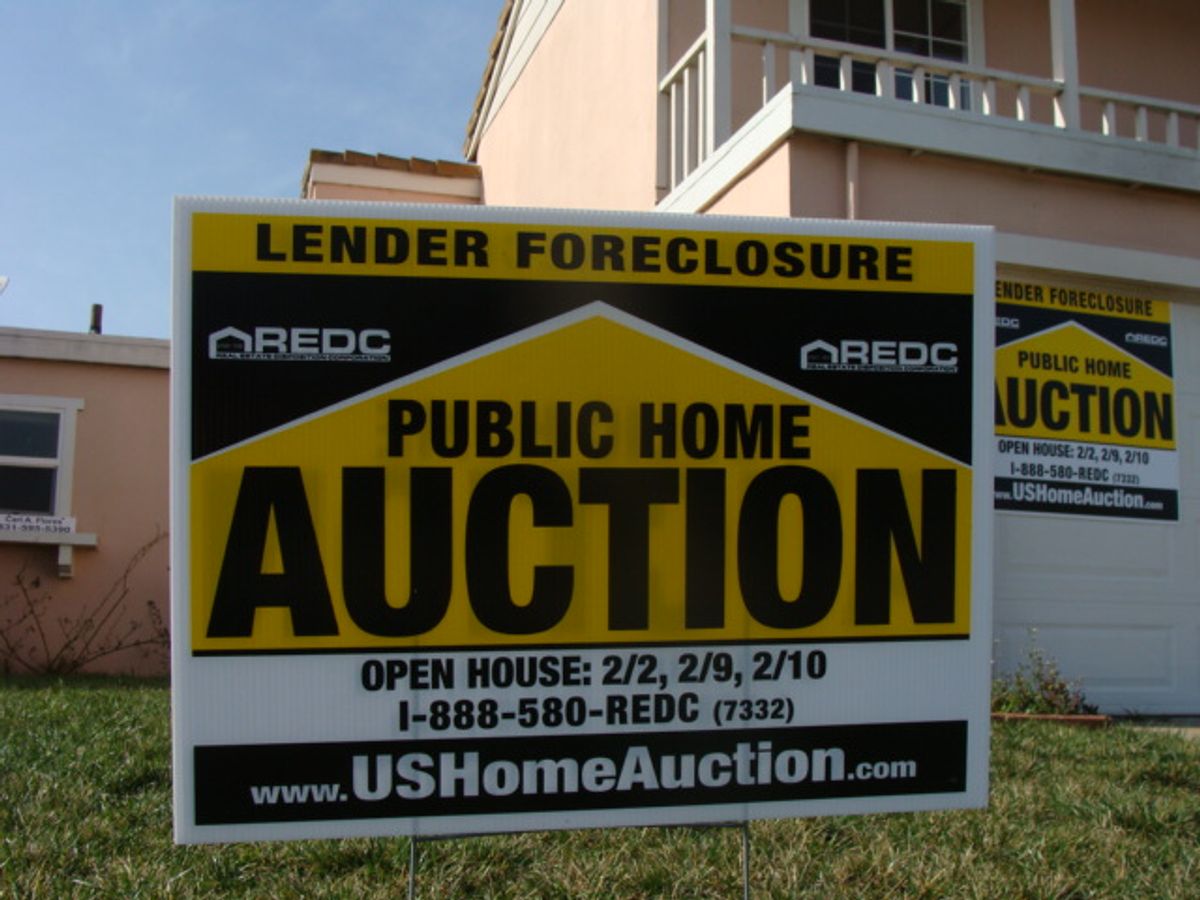 U.S. foreclosure filings dropped to a five-year low in September as fewer homes were on track to be seized by lenders.

It was the second-consecutive monthly decline in filings, although there remains a sharp divergence along state lines, according to a report Thursday by foreclosure listing firm RealtyTrac Inc.

The number of homes entering the foreclosure process, so-called foreclosure starts, fell to 87,066 in September, down 12 percent from August and 15 percent from a year earlier. It was the second-straight month of declines following three months of increases, Irvine, Calif.-based RealtyTrac reported.

Foreclosure starts since peaked in April 2009 at around 203,000. But the current level is still well above the 34,000 starts recorded in May 2005, before the collapse of the housing market.

Foreclosure starts declined in September on an annual basis in 31 states, with the biggest drops in California, Arizona, Michigan, Georgia and Texas, the new report showed. They are among the so-called non-judicial states, in which court approval isn't required for foreclosures.

Foreclosure activity has been declining in most non-judicial states because they didn't build a huge backlog of pending cases during an industrywide slowdown in foreclosures last year. The slowdown stemmed from widespread claims that lenders had been processing foreclosures without verifying documents.

Of the 19 states in which foreclosure starts rose in September, those with the largest annual increases were New Jersey, Pennsylvania, New York, Washington state and Florida. Except for Washington, they are judicial states, where the courts must sign off on foreclosures.

The slower process in states where courts play a role in foreclosures contributed to a logjam of pending foreclosure cases that now has mortgage lenders catching up.

In Washington, a non-judicial state, lenders were catching up with foreclosure cases that had been delayed by a state law that took effect in July 2011 and allowed borrowers facing foreclosure to request mediation, RealtyTrac noted.

The pace of homes entering the foreclosure process is expected to slow gradually, barring another severe economic shock that would send the recovering housing market into a tailspin, experts say. But the decline in foreclosures is likely to continue playing out unevenly, in part because of the differing approaches to handling foreclosures from state to state.

Meanwhile, there were 53,569 completed foreclosures last month. That's up 2 percent from August but down 18 percent from September 2011.

Home repossessions nationwide have been down on an annual basis for the past 23 months. They rose in September in 12 states, including New Jersey, where they jumped 48 percent, and Indiana, where they increased 31 percent.

Florida had the highest foreclosure rate in the country last month, a rate of one in every 117 households in some stage of foreclosure.

Arizona, California, Illinois and Georgia rounded out the top five states with the highest foreclosure rates in September.