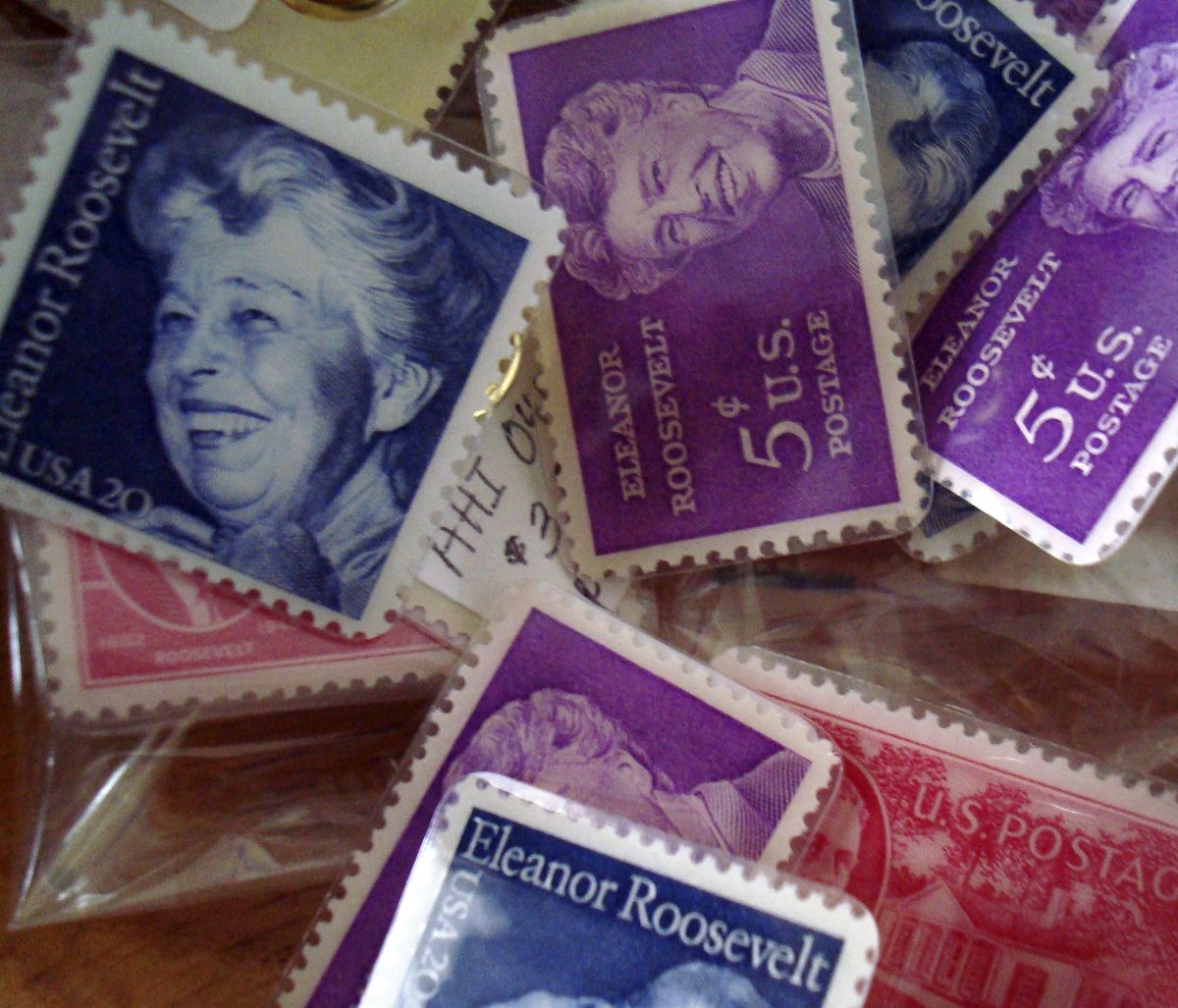 Today, October 11, is Eleanor Roosevelt’s birthday, a good day to reflect on the First Lady’s values and how she translated those values into action on behalf of ideas and people she supported. Eleanor Roosevelt strongly believed in workers, their unions, and their involvement in the political process. A member of The Newspaper Guild, AFL-CIO for over 25 years, she came to see unions as fundamental to democracy itself. In 1941, she told striking IBEW workers that “it was important that everyone who was a worker join a labor organization.” Under her guidance, the right to join a union was included in the Universal Declaration of Human Rights. Yet workers’ rights remain under heavy attack today. Her legacy is still in need of protection and promotion.

The fact that U.S. workers have a collective voice in the political process is firmly rooted in the New Deal. Eleanor and Franklin Roosevelt believed that workers had a right to a voice at work as well as a voice in politics. They also saw the two as closely intertwined as they worked with labor to win elections and support their progressive agenda. John L. Lewis, president of the United Mine Workers Union, and Sidney Hillman, president of the Amalgamated Clothing Workers’ Union, led the labor movement in contributing money and getting out the union vote for President Roosevelt’s re-election efforts. Resistance was fierce. Then, as now, they were outspent by anti-union forces. Yet by 1947, Mrs. Roosevelt concluded in her “My Day” column that while “labor today is stronger than it used to be, it is no stronger than organized capital.”

Similar anti-union initiatives continue to this day. Many people in California are members of labor unions, from airplane pilots and grocery store clerks to nurses and teachers, mail carriers and electricians, police officers and fire fighters. Through their unions the pay dues, elect officers, and participate in decisions that affect their pay, benefits, and workplace safety. Should these union members also be allowed to have a collective voice in our political process through their unions?

Proposition 32, on the November ballot in California, says “no.” This proposition exempts powerful corporate interests from the limits on political spending but imposes formidable barriers to unions. Paycheck deductions – money raised through voluntary deductions from workers’ paychecks – could no longer be used for political activities. Only unions, however, not companies or wealthy individuals, rely on voluntary paycheck deductions as their source of funding to support political action.

Proponents of Proposition 32 hail it as “campaign finance reform.” Yet it places no meaningful restrictions on corporate contributions to candidates, campaigns, or Super PACs. Members of the 1 percent or the 10 percent don’t use paycheck deductions to contribute to politics. They use profits, interest, dividends, salaries, and bonuses. Professor John Logan, director of labor and employment relations at San Francisco State University, reports that the backers of Prop 32 are also some of the same wealthy individuals who helped bring us the Citizens United Supreme Court decision leading to the most expensive election year on record.

This is also a “one-two punch.” In 1958, Eleanor Roosevelt led a national effort opposing right-to-work laws in six states, including California, where the law was defeated.  Most recently, the fight has escalated in Wisconsin, Ohio, and Indiana and has now returned to California. If Prop 32 passes this year, workers will have diminished political power and next year we can expect to see these other anti-labor propositions further weakening private sector unions. Workers’ ability to fight back in California will be stopped in its tracks by Prop 32.

Mrs. Roosevelt saw unions as fundamental to the democratic process. She thrived on educating union members and rallying them to register people to vote, participate in conventions and campaigns, and get people to the polls on Election Day. She warned that when fear and prejudice are running high, “We may wake up to find that in trying to remedy certain wrongs, we have shorn ourselves of certain very precious freedoms.” In 1958, Mrs. Roosevelt called the right-to-work effort a “predatory and misleading campaign,” an equally apt description of Proposition 32 today.

Eleanor Roosevelt’s birthday is a fitting time to remember that when asked where human rights begin, she answered, “In small places close to home…unless they have meaning there they will have little meaning any where.” Proposition 32 is very close to home for Californians, and if it passes here it could come to your neighborhood soon.