Will whites see a black indie film like "Middle of Nowhere"?

This gorgeous, sober drama about the human costs of prison deserves a broader audience than it's likely to get 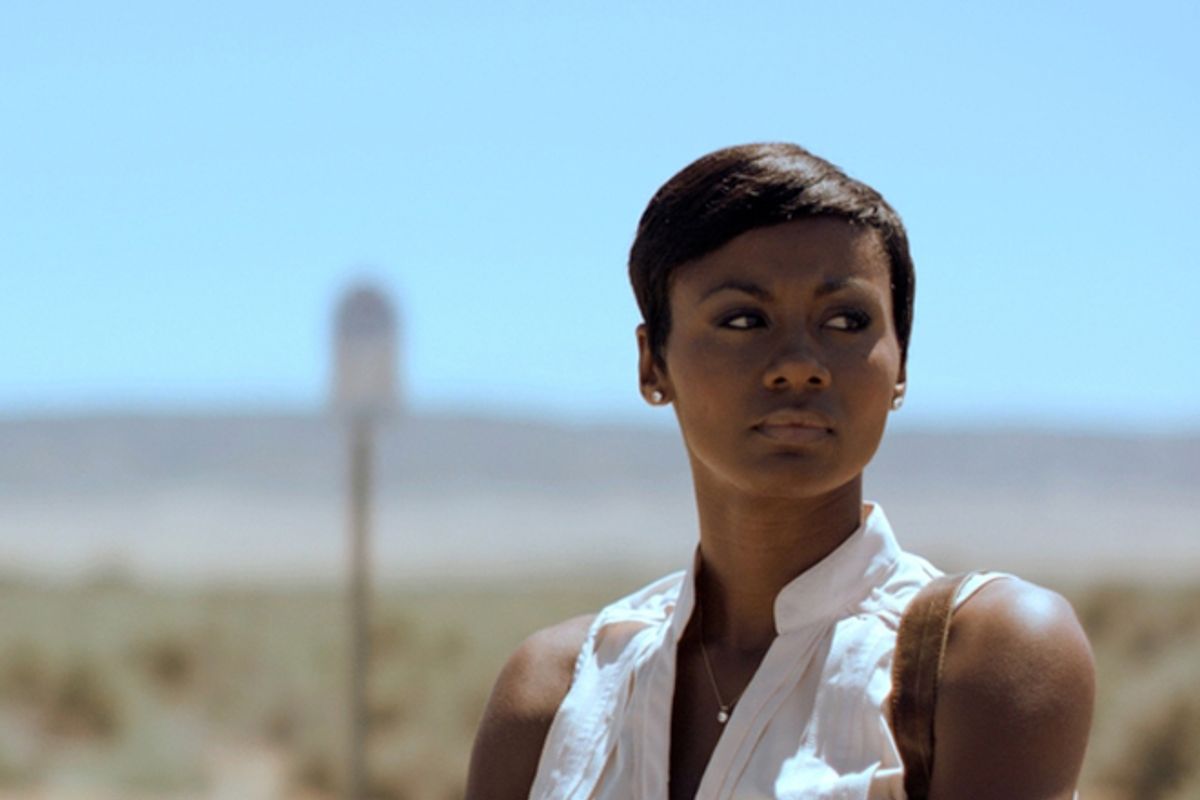 Emayatzy Corinealdi in "Middle of Nowhere"
--

It’s already an extremely tough marketplace for small independent films that arrive without a lot of brand identity or star power, and it might be three times tougher when you’re talking about a movie like Ava DuVernay’s “Middle of Nowhere” – a beautiful, sober and even grave social drama with an entirely African-American cast. (OK, Sharon Lawrence has a dispensable bit part as a hard-ass white lawyer.) This is an issue guaranteed to make everyone feel uncomfortable, but it does no good to run away from it: There’s very little audience (black, white or otherwise) for black-oriented films that aren’t about gangsters or rappers, or that aren’t Tyler Perry–style moralistic melodramas. In fact, experience tells me it’ll be tough to get people to read this article, let alone see the film.

It’s a bit too easy to blame this reluctance on overt or covert racism; I’m in no position to make that judgment and I think it’s more complicated than that anyway. People of all backgrounds are leery of unknown movies or books or TV shows that they fear may be judgmental or lecture-y or otherwise spinach-infused. When one black movie a year — Lee Daniels’ “Precious” a couple of years ago, and Dee Rees’ terrific “Pariah” in 2011 — beats the odds and crosses over to a somewhat mainstream audience, it does so by overcoming those perceptions and riding a current of urgent, documentary-style realism. Movies that are more subjective, self-conscious and artfully crafted, like “Middle of Nowhere” or Tanya Hamilton’s neglected near-masterpiece “Night Catches Us,” are definitely tougher sells.

Mind you, both of those pictures absolutely have social-realist credentials, and tell stories that are central to the life of the African-American community. If “Night Catches Us” was about the unresolved legacy of 1960s-style black radicalism, “Middle of Nowhere” addresses a highly contemporary and explosive issue, the way that millions of ordinary black families have been torn apart by incarceration. DuVernay’s script and moody, elegant direction (which won her the best-director prize at Sundance this year) are tightly focused on the anguish of Ruby (the exquisite Emayatzy Corinealdi), a composed and ambitious medical student whose personal and professional ambitions are derailed when her husband is sent to a prison in California’s Central Valley, two hours by bus from their Los Angeles home.

DuVernay never addresses the big social questions hovering over Ruby’s predicament, except in the most indirect way; this isn’t a diatribe about racism or the justice system, and we get the strong impression that Ruby’s husband, Derek (Omari Hardwick), has indeed done some illegal and reprehensible things. (Whether a single nonviolent offense should result in the destruction of an upwardly mobile family is, of course, another matter.) For his part, Derek is a reserved and dignified man who tells Ruby on several occasions that she’d be better off without him, all the while hoping she won’t take his advice. Along with the obvious stresses of this separation, Ruby must also deal with the immense disappointment of her mother (the marvelous Lorraine Toussaint), whose dreams of seeing her daughters climb into the middle class have gone sour.

“Middle of Nowhere” takes a while to gain narrative traction, and I felt at first that DuVernay was perhaps too intently focused on rejecting stereotypes — on depicting African-American characters with complicated aspirations and sophisticated tastes, and who move comfortably back and forth between standard English speech and a more “street” dialect. But to some extent that’s the point of the movie, and when Ruby begins a tense flirtation with a charming L.A. bus driver named Brian (David Oyelowo, also good in “The Paperboy”), the connection works because he understands that she’s a ferocious individual who’s going her own way, and he’ll be lucky if he gets to accompany her for part of that journey.

If DuVernay’s script occasionally hits the nail right on the head a little too hard, her direction is superlative, and Bradford Young’s cinematography has a subdued and intimate palette of browns, grays and blues, as if the California sunshine cannot quite penetrate Ruby’s world of doubts, fears and lonely decisions. This is an elegant, powerfully emotional and courageous film, worth seeing entirely on its own artistic terms, and also for what it conveys about the complexity of African-American life and the resurgence of African-American cultural expression.