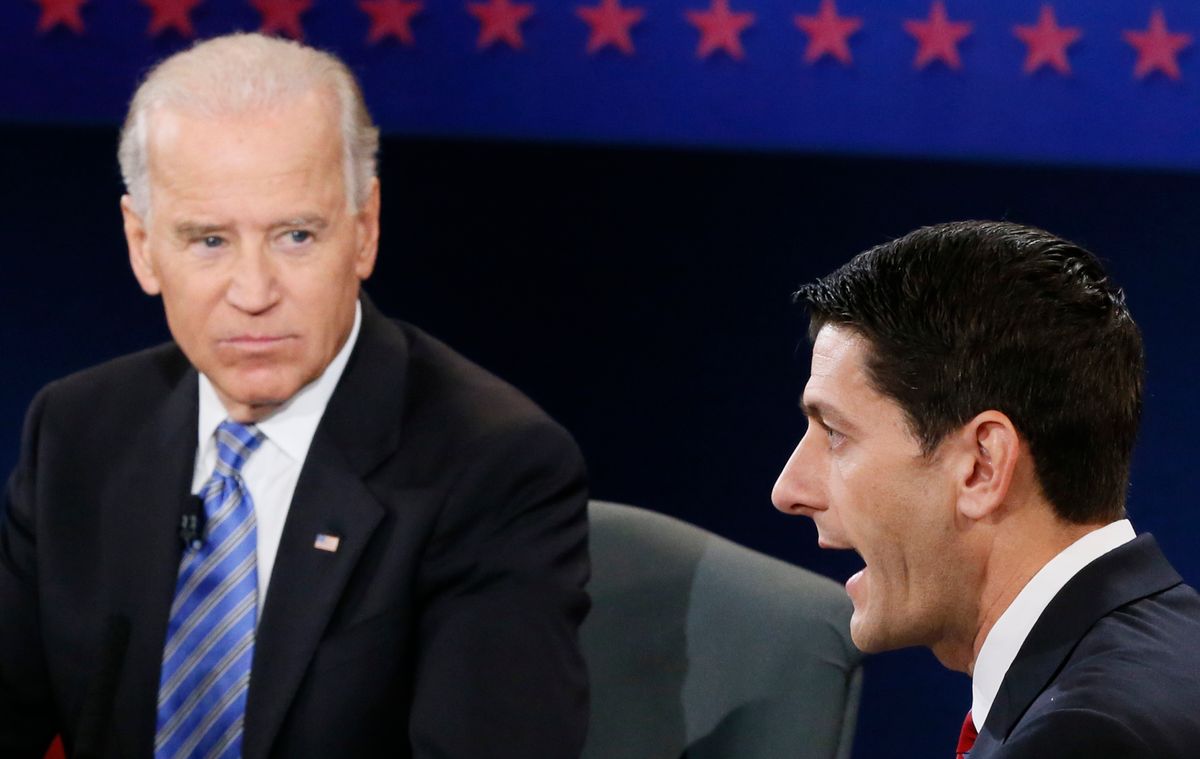 “This is like the 'Avengers,' when the Hulk grabbed Loki and smashed him on the floor.”

I watched this debate in Chesapeake, Virginia, with a group of local Democrats, and it’s fair to say that they were excited by Vice President Biden’s performance in tonight’s debate. They cheered his jabs — “This is malarkey” — and cheered when he directly attacked Paul Ryan for his rhetoric.

In other words, if Biden’s job was to cover for President Obama and rebuild Democratic enthusiasm, then he accomplished it with flying colors. From foreign policy to Medicare to taxes and national security, Biden defended the administration’s policies and offered a strong retort to claims from Paul Ryan and the Romney campaign.

Biden was dominant throughout the debate, but there were particular areas where he was most capable. On foreign policy, Biden relied on decades of expertise to essentially box Ryan into a corner — by the end of each exchange, Ryan was willing to concede that the administration made the right moves on Iraq, Afghanistan and Iranian sanctions. Biden gave an excellent defense of the administration’s stimulus policies, while at the same time hitting Ryan for requesting stimulus funds. Other discussions were not so decisive — Ryan fought Biden to a draw on taxes — but in each case, Biden managed to put Ryan on the defensive.

One thing that stood out, throughout the debate, was Biden’s demeanor. Throughout, he laughed at and openly mocked Ryan, usually when the congressman made claims on foreign policy. Republicans were not happy with this — on Fox News, Brit Hume said that “Biden looked like a cranky old man, and Ryan like a polite young man” — but it’s not clear if undecided voters will see this as disqualifying. Indeed, despite his feistiness — bordering on aggression — Biden came across as a statesman: cool and confident. Ryan, on the other hand, was playing as the House Budget Chairman. And while that can be effective, it’s not the tool to bring to a stage like this.

Martha Raddatz was an excellent and effective moderator. She made a few missteps, but actually pressed the candidates on their respective positions. Jim Lehrer would do well to study her.

As for the polls, it’s hard to say what effect this debate will have. It’s possible that this won’t stem Romney’s rise in the polls. My guess is that it will; Joe Biden has energized Democrats, and — hopefully — convinced them of Obama’s willingness to fight.