The two representatives agree on most things, but they don't get along 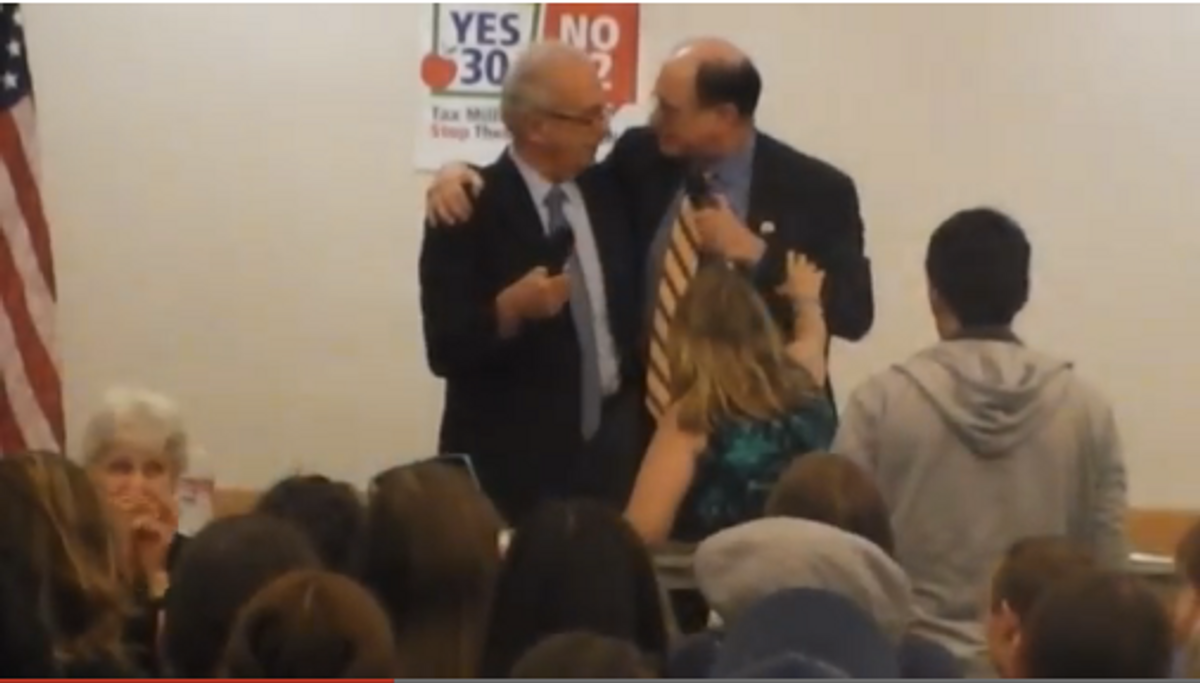 Last night’s feisty vice-presidential debate looks tame compared to a California congressional event between two Democrats. Due to redistricting, and California’s “jungle primary” system, the race pits two remarkably similar candidates against each other in a race to represent the San Fernando Valley.

Last night the two sitting congressmen, Rep. Howard Berman and Rep. Brad “There is no Berman Oaks” Sherman almost got down to fisticuffs as a security guard intervened and the raucous crowd seemed to urge them on. Sherman’s the one who wrapped his arm around his opponent and asked, "Do you want to get into this?"