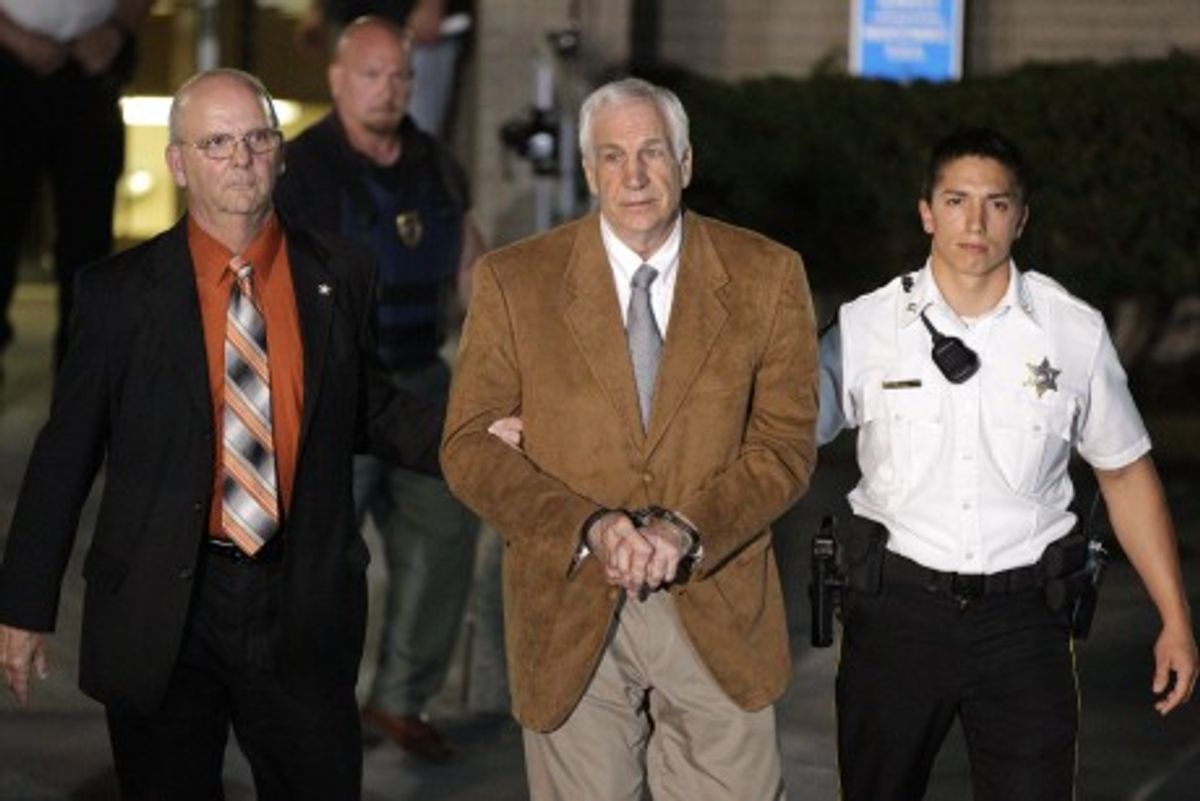 Although Jerry Sandusky will no longer receive his $59,000 public employee annual pension following his conviction and sentence in the child sexual abuse scandal, he will keep $900,000 in pension money received since his 1999 retirement.

The former Penn State assistant football coach was sentenced Tuesday to at least 30 years in prison for abusing 10 young boys. According to Bloomberg Businessweek, "The State Employees' Retirement System informed Sandusky on Wednesday that his crimes triggered forfeiture of his pension ... The retirement system told Sandusky he will no longer receive his $4,908 monthly annuity and informed his wife, Dottie, she is no longer entitled to a survivor's benefit."

Sandusky's lawyers plan to fight the revoking of his annual pension. "It's my inclination to believe that they are just going through the motions to try to throw some red meat to the public, but they know they are going to lose," said Karl Rominger, the former coach's attorney.

Pennsylvania's pension forfeiture law, originally passed in 1978, primarily applies to public employees convicted of a financial crime related to the office "or when his public employment places him in a position to commit the crime." Since 2004, it has also applied to any public school employee convicted of a sex crime against a student... Rominger argued in part that since Sandusky wasn't convicted of molesting a Penn State student, the forfeiture law does not apply to him. Sandusky's young victims came to him through The Second Mile, his charity for troubled youth.