His closing arguments could have been stronger, but Biden's policy knowledge -- and conviction -- carried the day 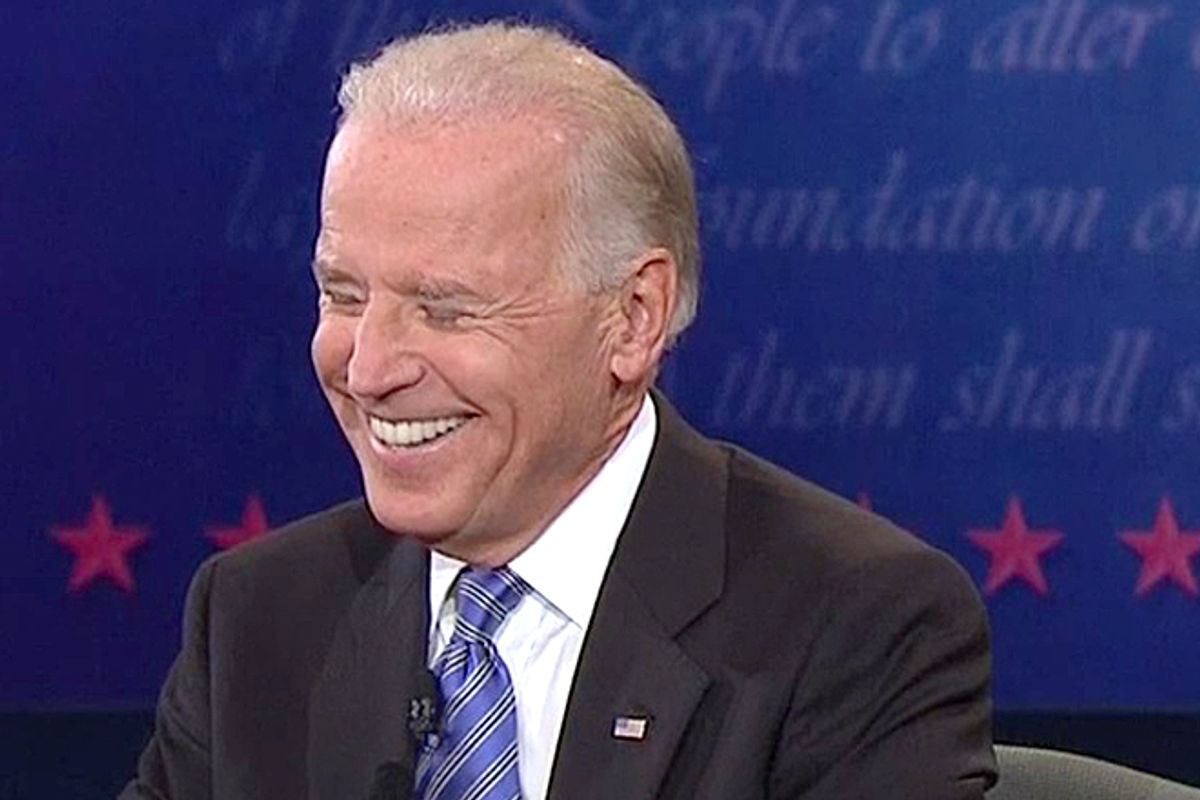 I thought Biden won last night’s debate because he came off as genuine, passionate, and brimming with conviction. Ryan, by contrast, seemed like a wooden marionette, a kid out of his depth relative to someone who not only knew the facts but lived them.

On taxes, Ryan couldn’t come up with any details about what loopholes he and Romney would close or how their magic arithmetic (giant tax cut for the wealthy plus $2 trillion more for the military than the Joint Chiefs of Staff want) can possibly be paid for without socking it to the middle class.

By contrast, Biden made the case for average working people whose wages have barely risen in 30 years but who are bearing a higher total tax burden (payroll, sales, property, income) on a higher percent of their income than high rollers like Romney — and why the well-off should do more.

On Medicare, Ryan couldn’t explain why his plan wasn’t a voucher program that “saved” money only by shifting the costs on to seniors, who would end up holding the bag as medical costs rose. Biden effectively defended the president’s plan to save Medicare by cutting excessive payments to providers.

Biden also pointed out that Ryan and his allies had tried to privatize Social Security. Score another one for Joe.

On abortion, Ryan had to admit he and Romney would work to prevent women from having the right to choose an abortion if they needed and wanted one. Biden made it clear his religious beliefs about when life began should not, in his view, force anyone who didn’t share them to follow them.

I thought Biden’s closing could have been tougher, drawing a sharper contrast between the Romney-Ryan “you’re on your own” worldview and the “we’re in it all together” belief that has built America — and which Obama and Biden represent.

But overall it was Biden’s night. He not only trounced Ryan but also, in the process, trounced Romney. Joe Biden is an average Joe solidly grounded in America’s working middle class — nothing pretentious or devious about him — in contrast to the plutocrat who heads the Republican ticket and the billionaires who are backing him.