Why are Americans so easy to manipulate?

We may be loathe to admit it, but behaviorism and consumerism are cut from the same cloth 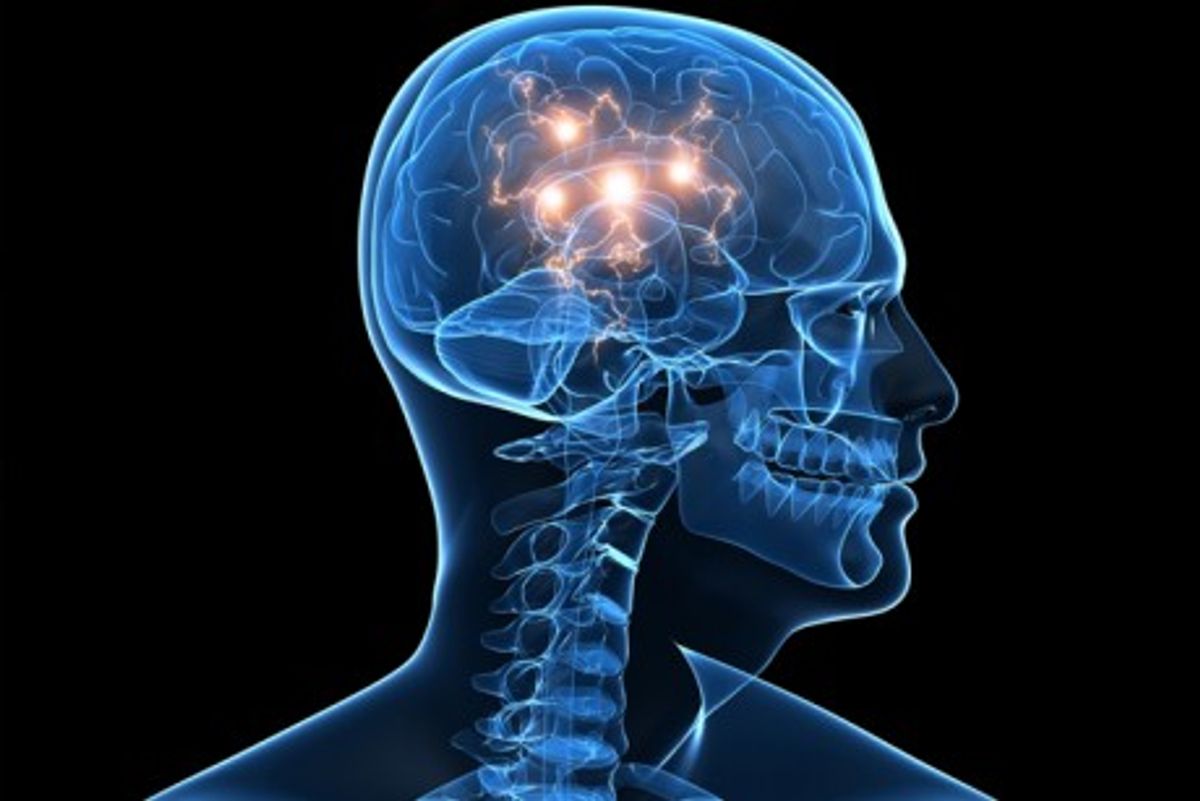 What a fascinating thing! Total control of a living organism!  — psychologist B.F. Skinner

The corporatization of society requires a population that accepts control by authorities, and so when psychologists and psychiatrists began providing techniques that could control people, the corporatocracy embraced mental health professionals.

In psychologist B.F. Skinner’s best-selling book Beyond Freedom and Dignity  (1971), he argued that freedom and dignity are illusions that hinder the science of behavior modification, which he claimed could create a better-organized and happier society.

During the height of Skinner’s fame in the 1970s, it was obvious to anti-authoritarians such as Noam Chomsky (“The Case Against B.F. Skinner”) and Lewis Mumord that Skinner’s worldview—a society ruled by benevolent control freaks—was antithetical to democracy. In Skinner’s novel Walden Two (1948), his behaviorist hero states, “We do not take history seriously”; to which Lewis Mumford retorted, “And no wonder: if man knew no history, the Skinners would govern the world, as Skinner himself has modestly proposed in his behaviorist utopia.”

As a psychology student during that era, I remember being embarrassed by the silence of most psychologists about the political ramifications of Skinner and behavior modification.

In the mid-1970s, as an intern on a locked ward in a state psychiatric hospital, I first experienced one of behavior modification’s staple techniques, the “token economy.” And that’s where I also discovered that anti-authoritarians try their best to resist behavior modification. George was a severely depressed anti-authoritarian who refused to talk to staff but, for some reason, chose me to shoot pool with. My boss, a clinical psychologist, spotted my interaction with George, and told me that I should give him a token—a cigarette—to reward his “prosocial behavior.” I fought it, trying to explain that I was 20 and George was 50, and this would be humiliating. But my boss subtly threatened to kick me off the ward. So, I asked George what I should do.

George, fighting the zombifying effects of his heavy medication, grinned and said, “We'll win. Let me have the cigarette.” In full view of staff, George took the cigarette and then placed it into the shirt pocket of another patient, and then looked at the staff shaking his head in contempt.

Unlike Skinner, George was not “beyond freedom and dignity.” Anti-authoritarians such as George—who don’t take seriously the rewards and punishments of control-freak authorities—deprive authoritarian ideologies such as behavior modification from total domination.

If you have taken introductory psychology, you probably have heard of Ivan Pavlov’s “classical conditioning” and B.F. Skinner's “operant conditioning.”

An example of Pavlov's classical conditioning? A dog hears a bell at the same time he receives food; then the bell is sounded without the food and still elicits a salivating dog. Pair a scantily-clad attractive woman with some crappy beer, and condition men to sexually salivate to the sight of the crappy beer and buy it. The advertising industry has been utilizing classical conditioning for quite some time.

Skinner was heavily influenced by the book Behaviorism (1924) by John B. Watson. Watson achieved some fame in the early 1900s by advocating a mechanical, rigid, affectionless manner in child rearing. He confidently asserted that he could take any healthy infant and, given complete control of the infant’s world, train him for any profession. When Watson was in his early forties, he quit university life and began a new career in advertising at J. Walter Thompson.

Behaviorism and consumerism, two ideologies which achieved tremendous power in the twentieth century, are cut from the same cloth. The shopper, the student, the worker, and the voter are all seen by consumerism and behaviorism the same way: passive, conditionable objects.

Who are Easiest to Manipulate?

Those who rise to power in the corporatocracy are control freaks, addicted to the buzz of power over other human beings, and so it is natural for such authorities to have become excited by behavior modification.

Many of the most successful applications of behavior modification have involved laboratory animals, children, or institutionalized adults. According to management theorists Richard Hackman and Greg Oldham in Work Redesign (1980), “Individuals in each of these groups are necessarily dependent on powerful others for many of the things they most want and need, and their behavior usually can be shaped with relative ease.”

Similarly, researcher Paul Thorne reports in the journal International Management (“Fitting Rewards,” 1990) that in order to get people to behave in a particular way, they must be “needy enough so that rewards reinforce the desired behavior.”

It is also easiest to condition people who dislike what they are doing. Rewards work best for those who are alienated from their work, according to researcher Morton Deutsch (Distributive Justice, 1985). This helps explain why attention deficit hyperactivity disorder (ADHD)-labeled kids perform as well as so-called “normals” on boring schoolwork when paid for it (see Thomas Armstrong’s The Myth of the A.D.D. Child, 1995). Correlatively, Kohn offers research showing that rewards are least effective when people are doing something that isn’t boring.

In a review of the literature on the harmful effects of rewards, researcher Kenneth McGraw concluded that rewards will have a detrimental effect on performance under two conditions: “first, when the task is interesting enough for the subjects that the offer of incentives is a superfluous source of motivation; second, when the solution to the task is open-ended enough that the steps leading to a solution are not immediately obvious.”

Kohn also reports that at least ten studies show rewards work best on simplistic and predictable tasks. How about more demanding ones? In research on preschoolers (working for toys), older children (working for grades) and adults (working for money), all avoided challenging tasks. The bigger the reward, the easier the task that is chosen; while without rewards, human beings are more likely to accept a challenge.

So, there is an insidious incentive for control-freaks in society—be they psychologists, teachers, advertisers, managers, or other authorities who use behavior modification. Specifically, for controllers to experience the most control and gain a “power buzz,” their subjects need to be infantilized, dependent, alienated, and bored.

The Anti-Democratic Nature of Behavior Modification

Behavior modification is fundamentally a means of controlling people and thus for Kohn, “by its nature inimical to democracy, critical questioning, and the free exchange of ideas among equal participants.”

For Skinner, all behavior is externally controlled, and we don’t truly have freedom and choice. Behaviorists see freedom, choice, and intrinsic motivations as illusory, or what Skinner called “phantoms.” Back in the 1970s, Noam Chomsky exposed Skinner’s unscientific view of science, specifically Skinner’s view that science should be prohibited from examining internal states and intrinsic forces.

In democracy, citizens are free to think for themselves and explore, and are motivated by very real—not phantom—intrinsic forces, including curiosity and a desire for justice, community, and solidarity.

What is also scary about behaviorists is that their external controls can destroy intrinsic forces of our humanity that are necessary for a democratic society.

Researcher Mark Lepper was able to diminish young children’s intrinsic joy of drawing with Magic Markers by awarding them personalized certificates for coloring with a Magic Marker. Even a single, one-time reward for doing something enjoyable can kill interest in it for weeks.

Behavior modification can also destroy our intrinsic desire for compassion, which is necessary for a democratic society. Kohn offers several studies showing “children whose parents believe in using rewards to motivate them are less cooperative and generous [children] than their peers.” Children of mothers who relied on tangible rewards were less likely than other children to care and share at home.

How, in a democratic society, do children become ethical and caring adults? They need a history of being cared about, taken seriously, and respected, which they can model and reciprocate.

Today, the mental health profession has gone beyond behavioral technologies of control. It now diagnoses noncompliant toddlers with attention deficit hyperactivity disorder, oppositional defiant disorder, and pediatric bipolar disorder and attempts to control them with heavily sedating drugs. While Big Pharma directly profits from drug prescribing, the entire corporatocracy benefits from the mental health profession’s legitimization of conditioning and controlling.