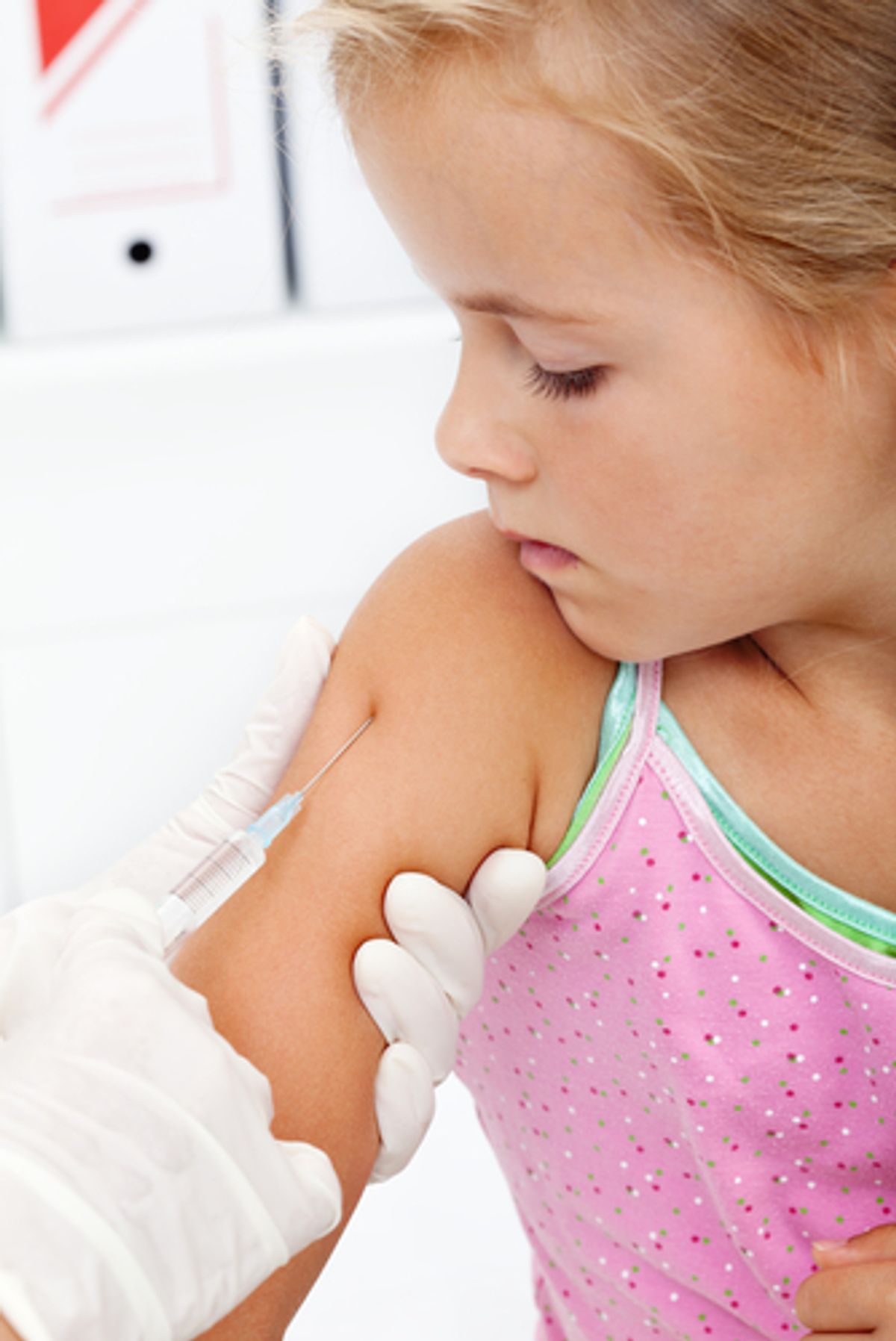 A new study should put to bed arguments that vaccinating young people against common HPV strains promotes promiscuity. Research published Monday in the journal Pediatrics found no correlation between vaccination and sexual behavior.

As the New York Times reported, "Looking at a sample of nearly 1,400 girls, the researchers found no evidence that those who were vaccinated beginning around age 11 went on to engage in more sexual activity than girls who were not vaccinated."

HPV -- in its main thousand strains -- is the most common sexually transmitted virus in the U.S.; one-third of 14- to 19-year-olds are carriers. "Federal health officials began recommending in 2006 that girls be vaccinated as early as age 11 and last year made a similar recommendation for preadolescent boys. The idea is to immunize boys and girls before they become sexually active to maximize the vaccine’s protective effects," the Times reported.

For the study published Monday, researchers selected a group of 1,398 girls who were 11 or 12 in 2006 — roughly a third of whom had received the HPV vaccine — and followed them through 2010.

Despite the fact that HPV can lead to cancer of the cervix, anus and throat, studies have found that parental fears of teenage promiscuity have driven concerns over the vaccination and kept numbers of those vaccinated in the U.S. low. “I’ll now be able to use this study as a piece of evidence to show them [parents] that it’s not going to give girls a license to sexual activity,” Elizabeth Alderman, an adolescent medicine specialist at Children’s Hospital at Montefiore Medical Center in New York, told the Times.