Candy Crowley, Tina Fey and Amy Poehler: Hosts with the most 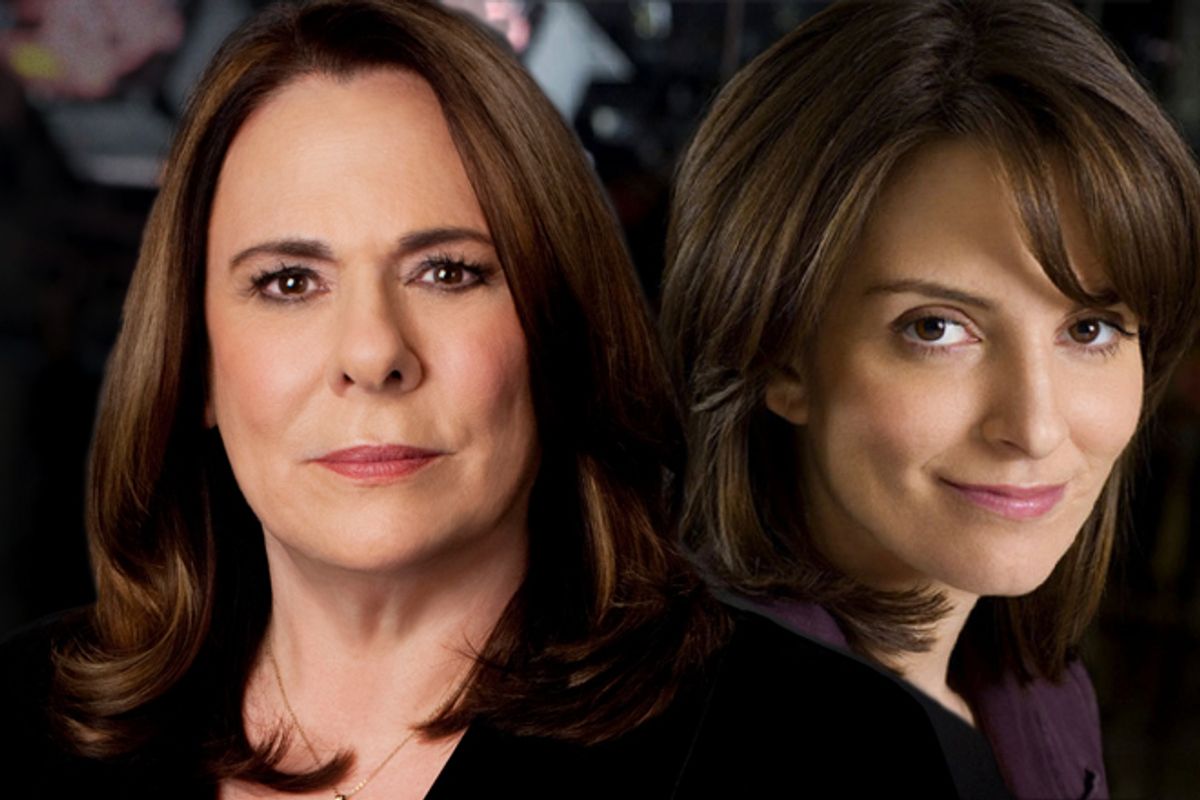 What a difference a few months makes. Sure, we women are still fighting for our reproductive rights and having to defend ourselves against sexist creeps — sorry, feminists — but at least we can say this was the month America discovered that women can actually steer a public event. Progress!

It was just last summer that the possibility that yet another series of presidential debates would go by without a female moderator for any of them was looking mighty real. Things were so bleak a group of Montclair High School students had taken to petitioning the Commission on Presidential Debates to bring in the first female moderator in two decades. When teenagers are asking on the Internet for something that should at this point be a no-brainer, we are living in grim times. So it came as refreshing news in August when CNN's Candy Crowley was named as moderator for this Tuesday's event.

In the weeks since the Crowley announcement, the notion of male as default authority figure has undergone some serious rethinking. First, there was Jim Lehrer's hesitant, widely criticized performance in the initial presidential debate, followed up by Martha Raddatz's confident, controlled steering of last week's vice-presidential sparring match. As Rebecca Traister joked at the time, "Well. No wonder there have been so few female presidential debate moderators. Too delicate, no gravitas, lightweights. Right?"

And now, glory be, it was announced on Monday that Tina Fey and Amy Poehler are set to host the 2013 Golden Globe Awards. This is possibly the greatest thing to happen for our sex since Spanx.

Sure, women have walked authoritatively up to the podium before, both in the political and entertainment realms. Gwen Ifil shepherded the vice-presidential debates both in 2008 and 2004. Lucille Ball co-hosted one of the very first Emmy ceremonies, and in recent years Ellen DeGeneres and Jane Lynch have done it. Whoopi Goldberg's hosted the Oscars multiple times, and Anne Hathaway co-hosted it just last year.

But the blammo! momentum of recent days signals the hope that putting women in the roles of moderator and host may actually someday be something other than a novelty — a victory that doesn't have to have been hard fought for. More promisingly, the choices to put such famously strong, outspoken women in such high-profile gigs suggests that there's a new acceptance that women are going to run these shows not as high-heeled imitators of their male counterparts but as, gasp, women.

On the heels of Raddatz's smooth, steely performance last week, there's genuine excitement about what Crowley will do as the first female presidential debate moderator in 20 years. And after two debates in which women's issues have barely even been mentioned, there's a palpable sense of anticipation over what the veteran newswoman, who said just days ago that the moderator "needs to take control" of the conversation, will do. And she's said, with pride, that she'd like Tuesday's event to "add to our collective resume as female journalists." Crowley understands that this is a huge milestone for women in journalism, and she's OK with that. Better than OK. She's going to make it count.

And the inclusion of the openly feminist, deeply political Fey and Poehler as Globes hosts likewise means the show will not go gently into bland, Bruce Vilanch territory. It'll be, God willing, one of the best retorts to the old line that feminists aren't funny we could hope for.

This has been a year when women's issues have been so crushingly ignored, so spitefully dismissed, that our health and welfare have literally been called "shiny objects to distract people's attention." We've needed a voice so badly, that's why it's downright thrilling to hear echoes of that finally happening. It's huge that the Crowley and Fey and Poehler are taking control of these major events — and with that, offering the promise they'll say some of the things that need to get heard. Because right now more than ever, a woman's place is behind the microphone.