Forget the free market. This is business doing whatever it pleases with virtually no accountability 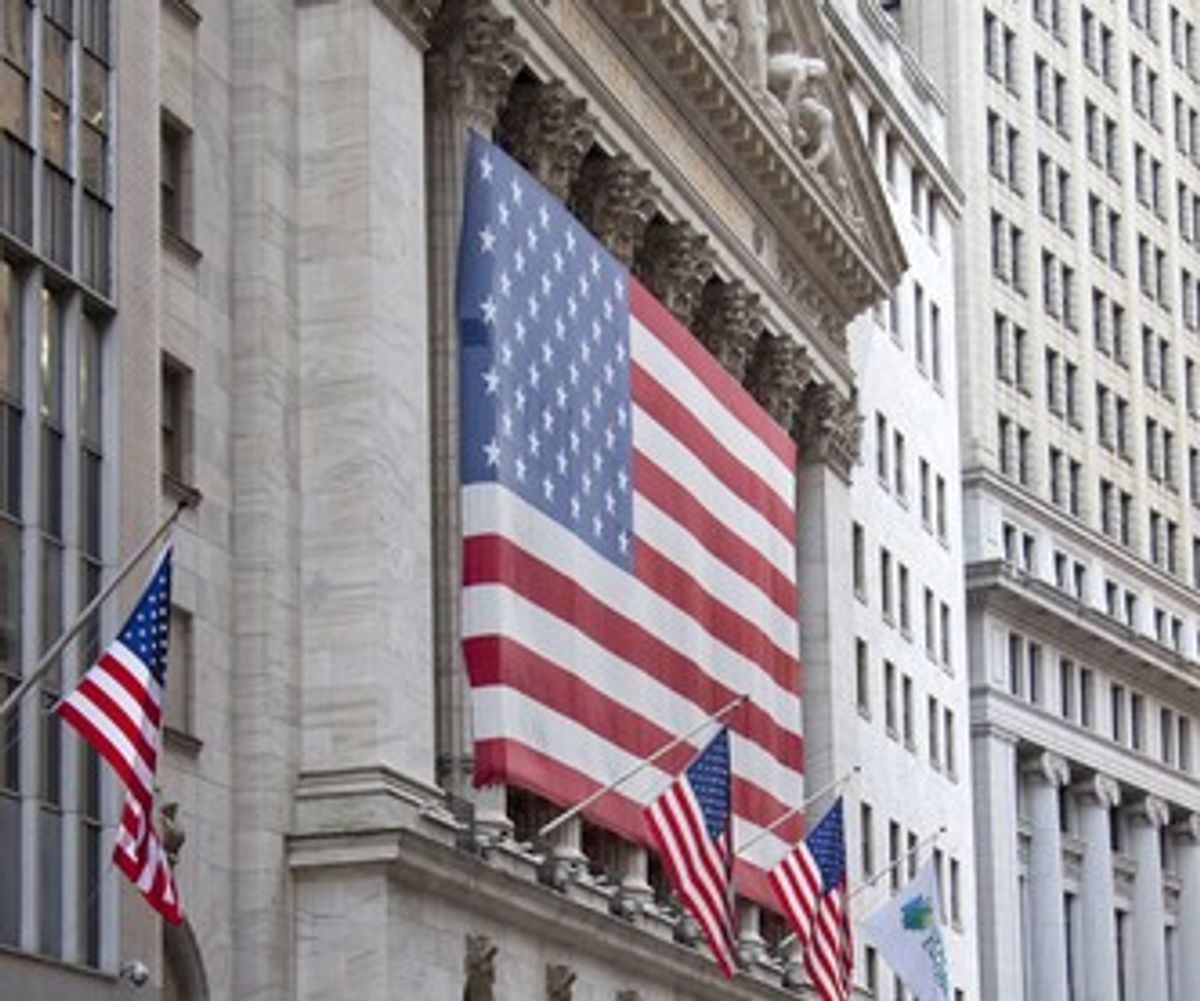 Conservatives believe that enriching individuals will eventually enrich society, and that government should not get in the way of the process. This is what happens as a result:

(1) The tax loss from one scheming businessman could have paid the salaries of 30,000 nurses

The lack of regulation in the financial industry allowed hedge fund manager John Paulson to conspire with Goldman Sachs in a plan to create packages of risky subprime mortgages and then short-sell (bet against) the sure-to-fail financial instruments. The ploy paid him $3.7 billion. Deregulation in the tax code allowed him to call his income "carried interest," which is taxed at a 15% rate. More deregulation allowed him to defer his profits indefinitely.

The richest 10 Americans increased their wealth by over $50 billion in one year. That's enough, according to 2008 estimates by the Food and Agriculture Organization and the UN's World Food Program, to feed the 870 million people in the world who are lacking sufficient food.

But should anyone be blamed for this imbalance? Didn't the rich people EARN their money through hard work and innovation? No, they didn't. Sixty percent of the income for the Forbes 400 came from capital gains. A lot more of it came from other forms of deregulatory subterfuge. CEOs have used carried interest, performance-related pay, stock options, and deferred compensation to make off with extra money that is only available to the beneficiaries of diminishing government.

The backlash against government regulation has led to tax abuses that cost us almost a trillion dollars a year.

Corporations doubled their profits to $1.9 trillion in less than ten years, but since 2008 they've reduced their tax payments from a twenty-year average of 22% to just 10%. That's a dropoff of over $225 billion.

Next, the Tax Justice Network estimated that up to $32 trillion is hidden offshore, untaxed. With Americans making up 40% of the world's Ultra High Net Worth Individuals, and with a historical stock market return of 6%, $750 billion of income is lost to the U.S. every year, resulting in a tax loss of about $260 billion.

Finally, the IRS estimates that 17 percent of taxes owed were not paid, leaving an underpayment of $450 billion.

Add it up, and it's almost the size of the U.S. deficit. All because of lax or non-existing regulations that allow wealthy individuals and corporations to avoid their tax responsibilities.

For a $10.00 purchase of children's clothing, mothers pay up to a dollar in sales tax.

For a $10.00 purchase of financial instruments, investors refuse to pay one cent.

We had a financial transaction tax from 1914 to 1966, but it was repealed in an early surge of Congressional deregulation. Now, it is estimated that $350 billion could be generated every year, enough for almost ten million teachers or nurses or firefighters or medical technicians.

(5) Redistribution is destroying entrepreneurship in America

Largely because of financial deregulation, our country's income and wealth keep moving to the top while the middle class shrinks. Entrepreneurship is going down with it.

Studies reveal that relatively few business startups are initiated by the very wealthy. Only 3 percent of the CEOs, upper management, and financial professionals were entrepreneurs in 2005, even though they made up about 60 percent of the richest .1% of Americans. Instead, they invest over 90% of their assets in a combination of low-risk investments (bonds and cash), the stock market, and real estate.

Entrepreneurs come from risk-takers in the middle class. But with financial deregulation causing a redistribution toward the top, the money has been taken out of the hands of middle-class innovators, resulting in a 53% decrease in the number of entrepreneurs per capita since 1977.

We're at the mercy of the deregulators. But they have no mercy. The once-muscular entrepreneurial fiber of our country is being ripped apart, stretched to the limit, thinning in the middle until it eventually snaps in two.