But will it be enough to reverse the startling gains Mitt Romney has made in the past two weeks? 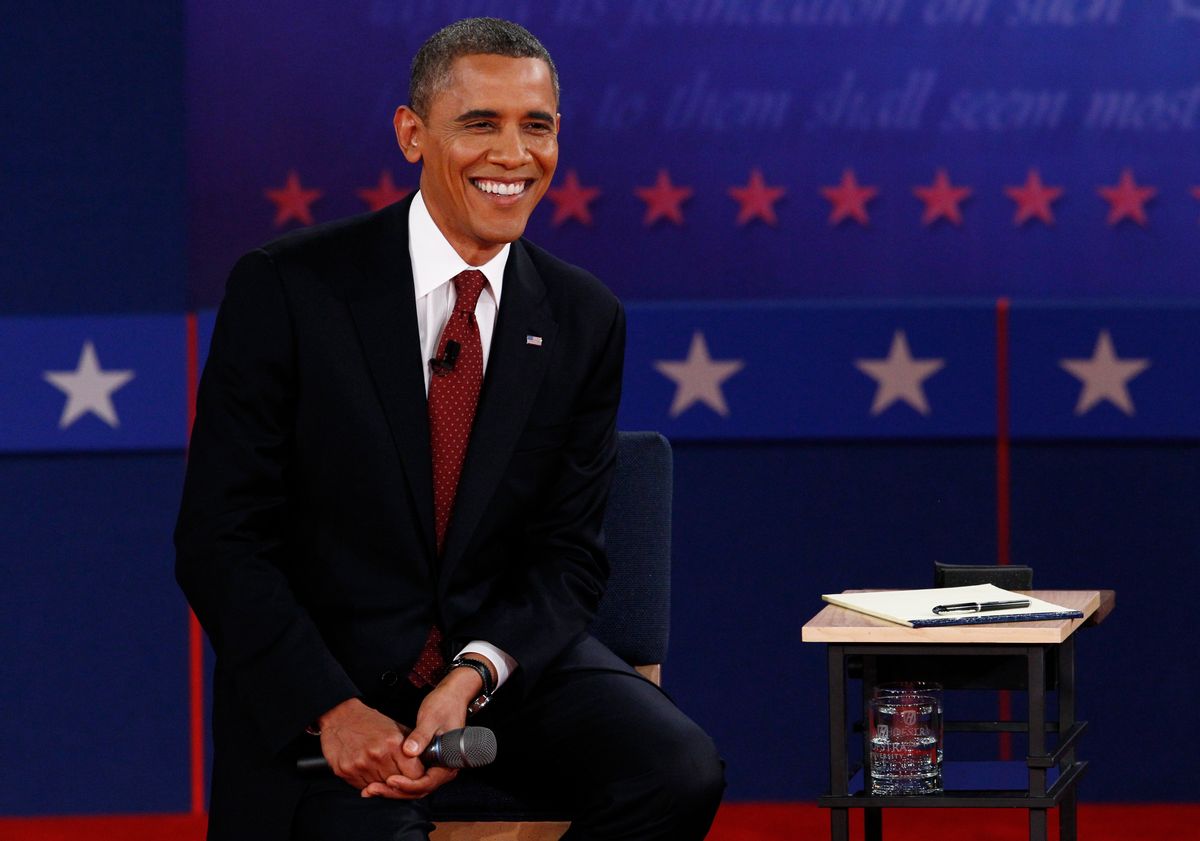 Barack Obama participated in a few debates during his 2004 U.S. Senate campaign and many, many more when he sought the presidency four years ago. His performance in these forums ranged from competent to forgettable to disappointing. There was also the debacle in Denver two weeks back.  And then came last night, when Americans were introduced to a debate version of Obama they'd never before seen -- a crisp, focused, assertive president who refused to let his opponent's critiques go unchallenged, answering them with forceful, orderly and digestible explanations. It was easily the best debate performance Obama has ever delivered -- and I say this as someone who's been a bit critical of him in the past.

But as strong as it was, it doesn't necessarily follow that what Obama did at Hofstra will place him back in the driver's seat he enjoyed just a few weeks ago, or if it will do anything to cut into the gains that Mitt Romney has made this month.

The insta-polls don't offer a clear picture. A CBS News poll of undecided voters gave the debate edge to Obama, 37 to 30 percent. A CNN poll of all debate viewers put Obama up 46 to 39 (with CNN reporting -- as it has before -- that Republicans were over-represented in its sample by 8 percent), and a PPP survey in Colorado gave Obama a 4-point advantage among all voters, and 18 among independents. This is a huge improvement from Denver, obviously, but the margins aren't exactly overwhelming. Based on these numbers, Romney certainly held his own.

The key question, as Nate Cohn explains, is what exactly has been behind Romney's surge in the first place. Basically, there are two possibilities.

One is that the few swing voters there are have for most of this campaign been looking for an excuse to vote for Obama. They like him personally, understand the historically unique contours of the economic crisis he inherited, are open to giving him more time to produce a turnaround, and are suspicious of the Republican Party. This might explain why Obama held on to a steady lead of several points over Romney for the entire campaign, and why that lead suddenly vanished in the aftermath of Denver. Obama's performance -- and the reaction to it by the media and in popular culture -- gave these voters for the first time serious pause about handing him four more years, so they switched their preference to Romney or started calling themselves undecided.

If this was the source of the Romney boom, then Obama should be positioned to gain back some of the ground he lost after last night. Had he turned in this kind of performance two weeks ago, it's doubtful Romney would have gotten back into the race. To a swing voter who's inclined to support Obama but has reservations, Obama's defense of his own record and critique of Romney's had to be very reassuring.

There's another way of understanding Romney's gains, though. Maybe the reason he trailed all year isn't that swing voters were looking for an excuse to reelect Obama; what if they were looking for an excuse to fire him -- and Romney was simply failing to give them one? For months, from the time he finally fended off Rick Santorum in the primaries through his disastrous world tour, his dud of a convention, and his miserable September, Romney bumbled his way through the general election campaign, squandering opportunities, getting in his own way, and failing to address a very simple problem: Voters just didn't like him.

The essential message of the Romney campaign has been: If you're economically frustrated, don't ask questions -- just vote the incumbent out. It's not necessarily a bad strategy, but for it to work, Romney needs to meet a basic threshold of acceptability to swing voters. And it's possible that he simply failed at this seemingly elementary task for six months -- until he finally broke through with his glib, confident performance in Denver two weeks ago. After that debate, Romney finally made the gains in likability that have eluded him all year, perhaps a signal that he was finally reaching the "good enough" standard he's been striving for.

If "good enough" is all Romney needs to win, then his performance last night might have been sufficient, even if Obama had the better night. Unless, that is, Romney's worst moment of the night -- his factually incorrect attack on Obama over Libya, which brought about the first ever act of real-time fact-checking by a moderator in presidential debate history -- becomes a major theme in today's post-debate coverage, the way Obama's listlessness did a few weeks ago. If Romney's error is the big story, then a much broader consensus among voters that Obama won the debate will probably emerge, and it could restore the doubts that had previously kept swing voters from siding with Romney.

At the best for Obama, Hofstra will vault him back into the lead he enjoyed all year and make him the clear front-runner again. At worst, it won't do anything -- no bump for him, but no more big gains for Romney either. He came through with the best debate performance of his career at just the right moment, but he may need another one like it next week.