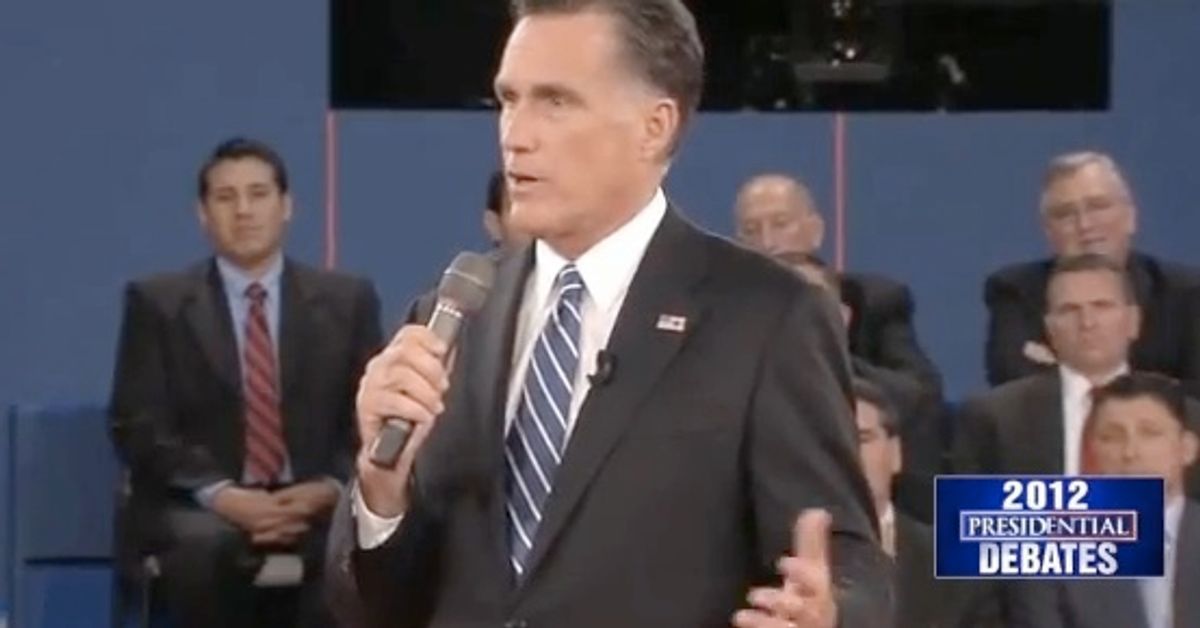 On the subject of Libya, Candy Crowley did a little bit of real-time fact checking, after Mitt Romney said the president took two weeks to call the attack on the U.S. consulate in Benghazi and act of terror. In fact, Obama said as much in his remarks the next day in the Rose Garden.

"I want to make sure we get that for the record," Romney said in the debate, "because it took the president fourteen days before he called the attack in Benghazi an act of terror."

"Get the transcript," Obama interjected.

"He did in fact, sir," Crowley told Romney.

"Can you say that a little louder, Candy?" Obama said.