As the debate unfolds, we bring you the truth behind the candidates' distortions, exaggerations and lies 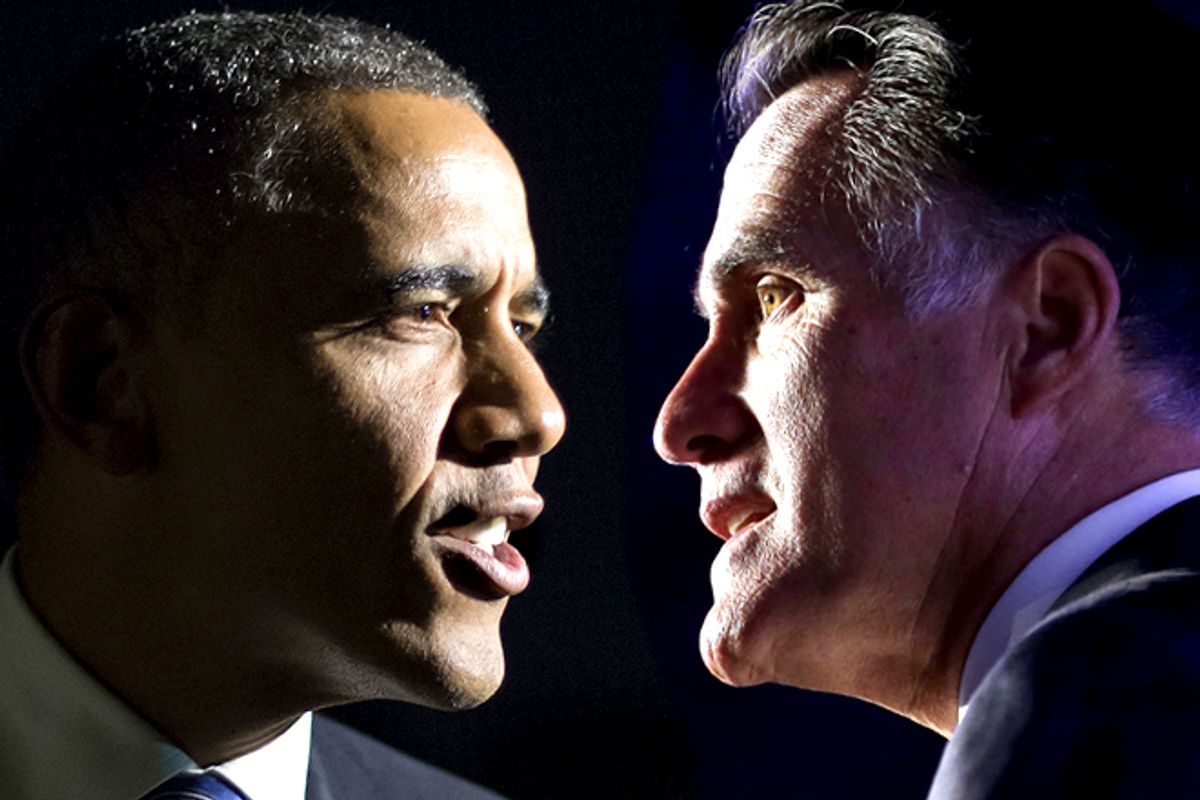 There's more on the line tonight than there ever has been for any political event of any kind ever in the history of everything, if you listen to the pundits, but this time they may be right. With no less than the future of the country at stake, we'll be watching closely and keeping them honest (don't sue us, Anderson Cooper!). Check back here throughout the debate for real-time fact checking and tweet at @aseitzwald if you see something you want checked. Also be sure to check out Alex Pareene's liveblog.

10:20 -- Romney schooled on terror claims: Romney and Obama go back and forth about the administration's response to the attacks on U.S. diplomats in Libya. Romney says it took the administration two weeks to refer to the attacks as an act of terror, Obama said he invoked terrorism the very next day. Obama's right, as moderator Candy Crowley pointed out. In a speech in the Rose Garden the day after the attacks, Obama said, "No acts of terror will ever shake the resolve of this great nation, alter that character, or eclipse the light of the values that we stand for."

10:15 -- Obama went on an "apology tour"? One of the oldest and most thoroughly debunked myths of the Obama era.

9:50 -- Romney's contraception misconception: Romney says he doesn't want to "let Washington bureaucrats tell women if they can have access to birth control." This one depends on how you look at Washington mandates. He's expressed support for Republican Sen. Roy Blunt's amendment to allow employers to choose to not provide coverage for birth control. So Washington could prevent women from getting access to contraception under Romney. His vice-presidential nominee is also one of Congress' most conservative members on reproductive rights.

9:40 -- Obama stretches definition of "tax cut": The president touted that he's created 18 tax cuts for small businesses. But many of these 18 “cuts” were actually incentives, requiring businesses to purchase health insurance, new equipment or workers to receive savings. Additionally, many of the provisions were temporary.

9:30 -- Obama raising taxes by $4,000? Romney says he saw a recent study showing that Obama will raise taxes on the middle class by up to $4,000.  FactCheck.org called that claim "nonsense." A Romney ad that makes a similar claim cites a study from the conservative American Enterprise Institute, which actually doesn't even claim what Romney says it does. The study, which is hardly without bias, actually said Obama’s budget “provides a middle ground."

9:10 -- Fewer jobs? Romney said there are are fewer jobs today than when Obama took office. That's false.  The economy has created net new jobs under Obama (about 122,000), as of last month. The unemployment rate in February 2009, Obama’s first full month in office (he was sworn in Jan. 20), was 8.3 percent. The unemployment rate last month was 7.8 percent. And it was 7.8 percent in January of 2009, the month Obama took office, which is the same as today's rate. Gallup's unemployment rate is 7.3 percent. Meanwhile, Obama exaggerated a bit, saying he created 5 million private sector jobs when it was really 4.4 million.