Dem: Ryan should quit the House

The seven-term congressman says he favors a six-term limit. His opponent, understandably, pounces 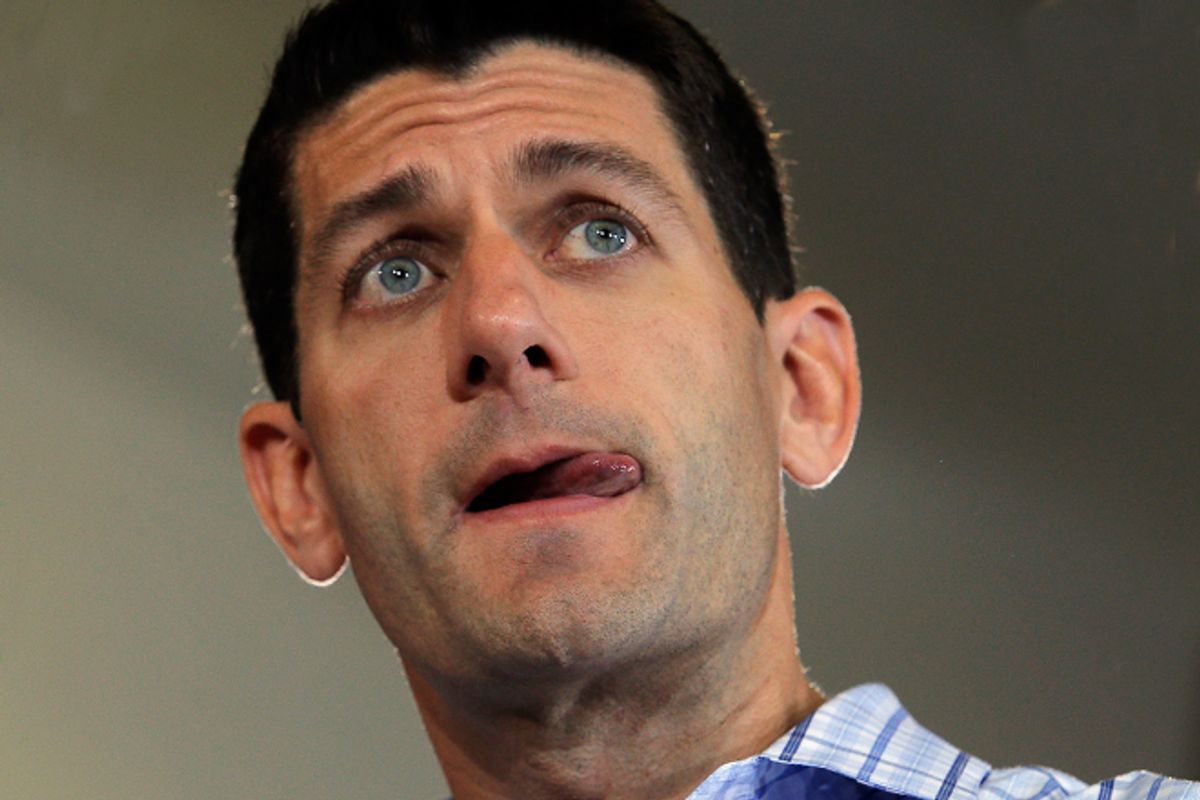 Rep. Paul Ryan was elected to Congress when he was 28 years old. He’s now 42, having served seven terms in the House of Representatives; and he's on his way to an eighth. Yet at a town hall meeting in Wisconsin this week, Ryan said he supported the idea of limiting the number of terms congressmen can serve to six, prompting his Democratic congressional opponent to gleefully say he’s expecting to see Ryan’s resignation any day now.

At the event, a man asked, “Would you and Governor Romney consider a proposal to term-limit the members of Congress? Example, two six-year terms for U.S. senators and six two-year terms for a member of Congress.”

Ryan jumped at the question. “I’ve always supported that. I’ve always believed that this should be something that you serve temporary, not for an entire lifetime ... I co-sponsored that when I was in Congress,” he said. This seems like a good time to remind Ryan once again that he is still in Congress (he's not vice president yet!), where he is currently running for his eighth term.

Rob Zerban, his Democratic opponent, is eating it up. “Rob Zerban is pleased to hear Congressman Ryan agree with him that no House member should serve more than six terms in Congress. Given that Ryan has now served seven terms in Congress, totaling 14 years, we're confident he will drop out of the race any day now,” said campaign manager Al Benninghoff in a statement sent to reporters today.

And as the Washington Post’s Felicia Sonmez pointed out, Ryan isn’t quite right when he claims to have sponsored legislation to impose term limits. “A search of the THOMAS legislative database shows that since Ryan entered Congress in January 1999, at least 16 House measures have been introduced proposing such a constitutional amendment. Ryan does not appear as a sponsor or co-sponsor of any of the 16 measures,” said Sonmez.

Ryan has voiced support for a constitutional amendment to impose term limits -- a safe thing to root for if you don’t really care about term limits because it has very little chance of actually happening -- but has done little more than that, and even refused to sign a three-term pledge from the group Americans for Term Limits.

Ryan likes to agree with people, whether it’s necessarily correct or not. It’s this kind of  politician-ness that prevented him from answering a simple question about which sports team he supports in an awkward exchange with Matt Lauer this morning.