A wedding spot shows just how far travel can take you 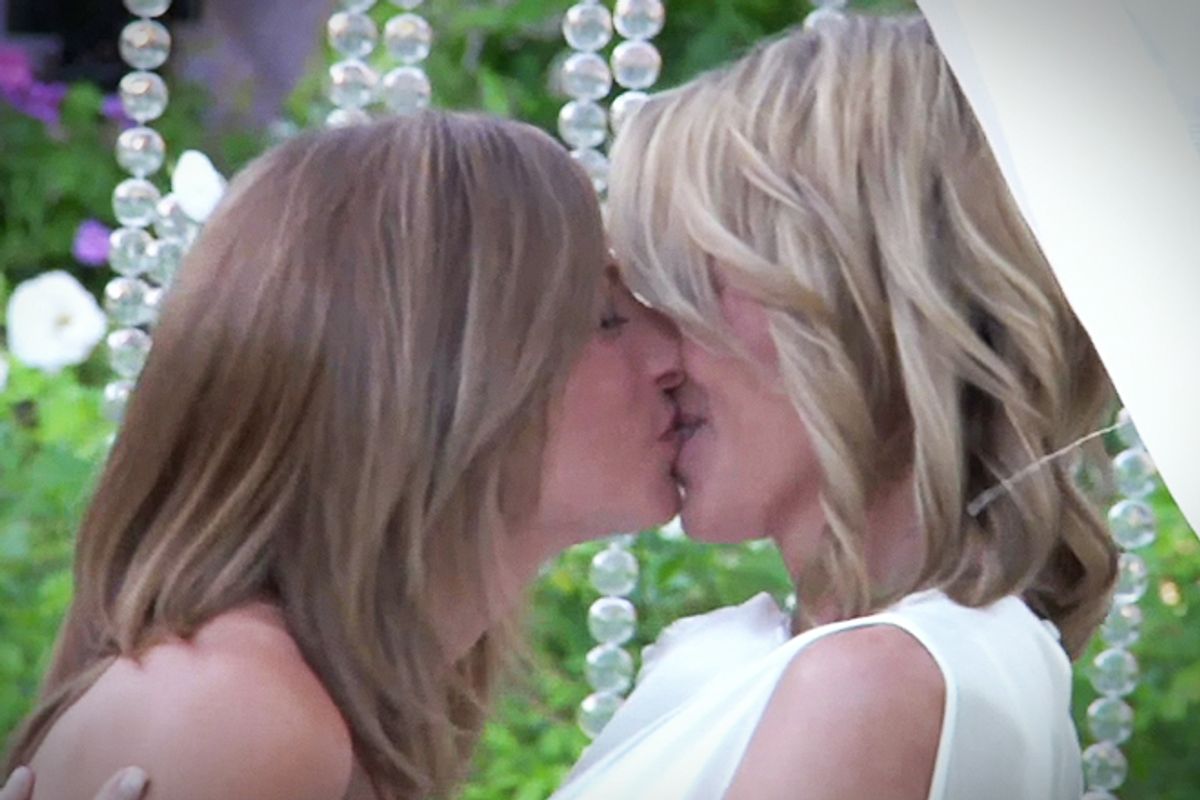 It's a travel ad with a twist. In Expedia's lovely, leisurely "Find Yours" spot, a dad prepares to take a jaunt to California to attend his daughter's wedding. And as we follow his journey from his home to the reception, we watch a man who admits he's got some father-of-the-bride issues to work through — especially because he's grappling with the fact that his daughter is marrying another woman.

Expedia's been running its "Find Yours" campaign — featuring real travelers on their adventures — since July. A blogger goes to Mexico on a voyage that moves her into a life of public service, while a father bonds with his toddler on an amusement park ride. Travel, Expedia dares to say as it shows a fan cheering for his team, can help you find "your religion." It can, it says as it shows a somber man at the Vietnam memorial, help you find "your gratitude." This is not lightweight, beachy stuff. It's a bold rebranding of the traditional sales pitch of travel, one that promises it not as escape from life but a meaningful journey straight into its most essential purpose: connection. And in one of the most illuminating examples of that, in a three-minute ad that's garnered over 2 million views since it debuted earlier in October, Artie Goldstein finds his "understanding."

It's a great spot, and not just because it's undoubtedly making the One Million Moms go totally ape. It's because it doesn't assume the world falls neatly into those who get it and those who are hopeless, homophobic bigots. With moving delicacy, it says to anyone who's ever thought, as Goldstein does, "This is not the dream I had for my daughter," maybe if you put in a little effort here, you can get a beautiful dream anyway.

It's incredibly useful to watch Goldstein's struggle through his "startled" reaction to his beloved child's wedding. "I had some real apprehensions," he says. "What's this going to look like, two girls getting married?" That honest admission tells anyone who thinks that "That's how it's always been" or "I just don't get it," that it's OK. Just do the work. Just try anyway, for your kid's sake and for all our kids' sakes. Because in the end, you can be like Artie Goldstein, telling his radiant daughter Jill and her new wife, "We are just so happy … We love you both."

Not every mind cracks easily open. Not everyone who's always lived with an unquestioning understanding of what marriage looks like is going to adjust that view overnight. Change takes work and patience and compassion and sometimes, the effort of going "over all the hurdles in the world." But just look what's waiting on the other side. Look how far you can go.