Is the celebrity publishing imprint the new fragrance?

Johnny Depp's new imprint could herald the birth of celebrity boutique publishing, and that may be a good thing 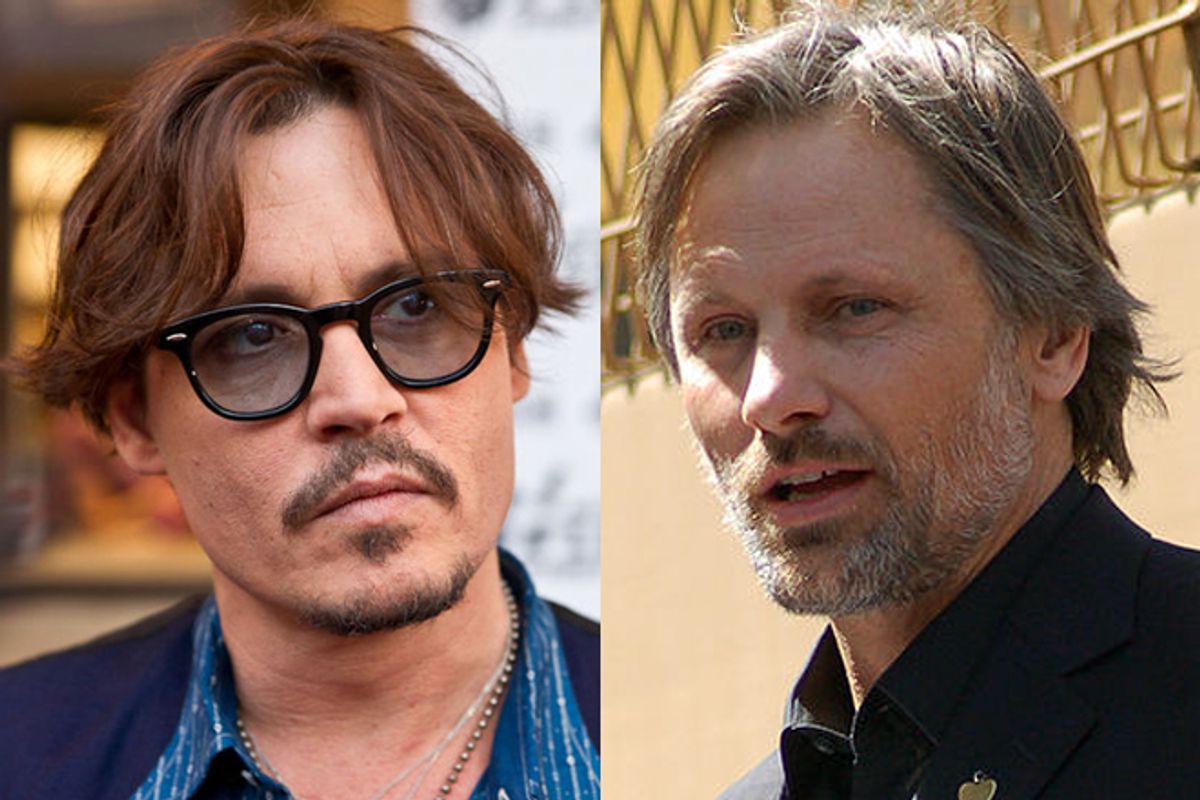 Could the announcement this week that Johnny Depp will be heading up an imprint at HarperCollins herald a new trend in celebrity side projects: boutique publishing? It would certainly be an improvement on the mania for fragrances named after the starlets and singers whose exploits tart up the pages of tabloid newspapers and gossip websites. Depp's gloomily named imprint, Infinitum Nihil ("Nothing is forever"), is slated to publish a book about Bob Dylan by historian and author Douglas Brinkley (who is also the literary executor of Depp idol Hunter S. Thompson) and a recently discovered novel by folk music legend Woody Guthrie. Not a particularly daring list, perhaps, but at least they're not stinking up the place.

Depp is far from the first movie star to express literary inclinations. The most typical venture in this realm, particularly for actors whose careers are a bit off the boil, is to come out with a children's book. Jamie Lee Curtis and John Lithgow have written several well-received picture books, but everyone from Jay Leno and John Travolta to Whoopie Goldberg, Julianne Moore and Madonna has given it a shot. And why not? At a couple of thousand words tops, the actual writing doesn't appear terribly taxing, and the best illustrator money can buy will be enlisted to make up for any deficiencies. Even Subcomandante Marcos, leader of the Zapatista resistance movement in Chiapas, found time to write a kids' book while fighting off the Mexican government.

Then there are those young actors, usually male, who dabble in writing soulful adult novels or short stories: Ethan Hawke and James Franco are the two best-known examples. Although even the most celebrated literary novelists are woefully obscure when compared to, say, a moderately successful television actor, what authorship lacks in fame it makes up for in prestige. An actor willing to labor away at a novel or story collection offers the public an extravagant demonstration of his seriousness, proof that he is an exception to the shallowness typically associated with his day job.

But publishing, a profession premised on showcasing other people's genius? People love authors (perhaps because seemingly everyone wants to be one) but they hate publishers (whose job is to explain that, actually, not everyone can be a published author, or at least, not a traditionally published one). Up until now, only the iconoclastic Viggo Mortensen has shown sufficient dedication to the written word to venture into that notoriously thankless enterprise. Mortensen's Perceval Press is militantly unglamorous, too, specializing in such marginalized subjects as "art, critical writing, and poetry."

Infinitum Nihil is an altogether showier outfit, and if presiding over it lends Depp a little more gravitas, it could do even more for HarperCollins. Publishing houses are hopelessly unbranded and — with the exception of, perhaps, Penguin Classics — most readers aren't particularly aware of who publishes the books they buy. After decades of working around and covering the book business, I have some notion of what a typical Knopf or Farrar, Straus & Giroux book might be, but even so, their lists often surprise me.

An imprint (a smaller subdivision of a book publisher) overseen by an editor with recognizable tastes and a solid track record -- Nan Talese and Reagan Arthur are two who come to mind -- usually has a more distinct identity. However, only people in the book business themselves are cognizant of these imprints. I admit, Depp's literary appetites don't much jibe with my own, but the very fact that people have a sense of what his tastes are puts him way ahead of the average book editor or publisher.

There's another contingent likely to be swayed by the Captain Jack Sparrow factor as well: authors. Although even the most successful writer in the world, J.K. Rowling, recently told a New York audience that she has never considered self-publishing her books, it's likely that some other marquee-name authors will be tempted away from traditional publishing by the promise of greater profits. As for up-and-coming writers, the ones expected to become the Rowlings and Stephen Kings of the future and whose manuscripts are sold in hotly contested auctions, these might well be swayed by the idea of having a movie star for their publisher.

Of course, chances are Depp won't be rolling up his sleeves to work on any of Infinitum Nihil's titles, but that doesn't mean prospective authors won't be dazzled by the connection. His fame will surely attract more attention to the titles the imprint produces, and in a crowded market that counts for a lot. Above all, he is able to convey a distinct sensibility -- a sort of bad-boy bohemianism -- and that will bring readers who share that sensibility to books they are likely to enjoy.

That strikes me as a good thing, even if I probably won't be seeking out Infinitum Nihil's titles myself. I wish, instead, that someone would give Emma Thompson her own imprint. Thompson, whose writing experience includes the Oscar-winning screenplay for "Sense and Sensibility" and a recently published authorized sequel to Beatrix Potter's "The Tale of Peter Rabbit," recently gave an interview to the New York Times that made her sound like the reading buddy of my dreams. She likes Hilary Mantel, Michael Holroyd and the old Walt Kelly comic strip, "Pogo Possum." She has always wanted to play Barnaby Rudge, which means she's read "Barnaby Rudge," Charles Dickens' least-loved novel, and she recognized that it nevertheless features one of his most endearing characters.

Other actors I can imagine fronting intriguing imprints include John Malkovich (I picture him publishing the modern-day equivalents of Lautréamont, Alfred Jarry and Ronald Firbank), Tilda Swinton (prickly cerebral works along the lines of Lydia Millet), Patton Oswalt (a line of graphic novels) and Joseph Gordon-Levitt, whose penchant for whimsy might unearth the next Antoine de Saint-Exupéry. Are there famous people whose imprints you'd like to see? Please post them in the comments thread.