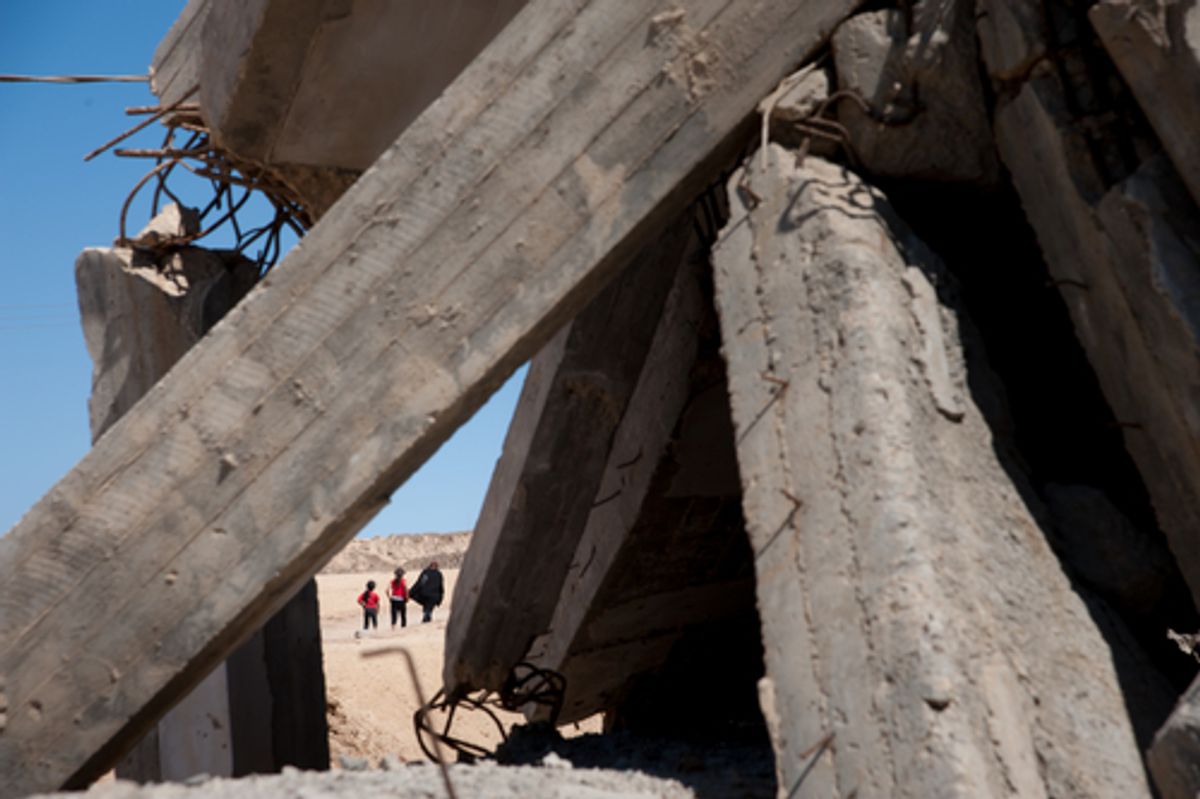 When Hamas came to power in Gaza in 2007, Israel tightened its blockade of the region. Documents from the Israeli Military at the time reveal that calculations were made about the number of calories Gaza's residents would need to consume to avoid malnutrition.

Following a long legal battle from Israel-based Palestinian rights group Gisha, a court forced the Ministry of Defense to release the 2008 document, "Food Consumption in the Gaza Strip - The Red Lines."

The BBC reported that, according to the U.N., if the calorie study "reflected a policy intended to cap food imports, it went against humanitarian principles." Despite the timing of the study and its ostensible relevance to blockade policy, "the Israeli government said the study was only ever a draft and was never used to determine policy," reported the BBC. A military spokesperson insisted that the study was simply created to identify food needs and avoid a humanitarian disaster.

Gisha argued, however,  that despite the food consumption study recommending 106 lorryloads be allowed into Gaza everyday to provide a healthy amount of food, when the blockade tightened only an average of 67 lorryloads were allowed into the besieged region.

"The official goal of the policy was to wage 'economic warfare' which would paralyze Gaza's economy and, according to the Defense Ministry, create pressure on the Hamas government," said Sari Bashi, Gisha's executive director, in a statement. "How can Israel claim that it is not responsible for civilian life in Gaza when it controls even the type and quantity of food that Palestinian residents of Gaza are permitted to consume?" Bashi asked.