Following the Libyan leaders death, members of his convoy were summarily killed 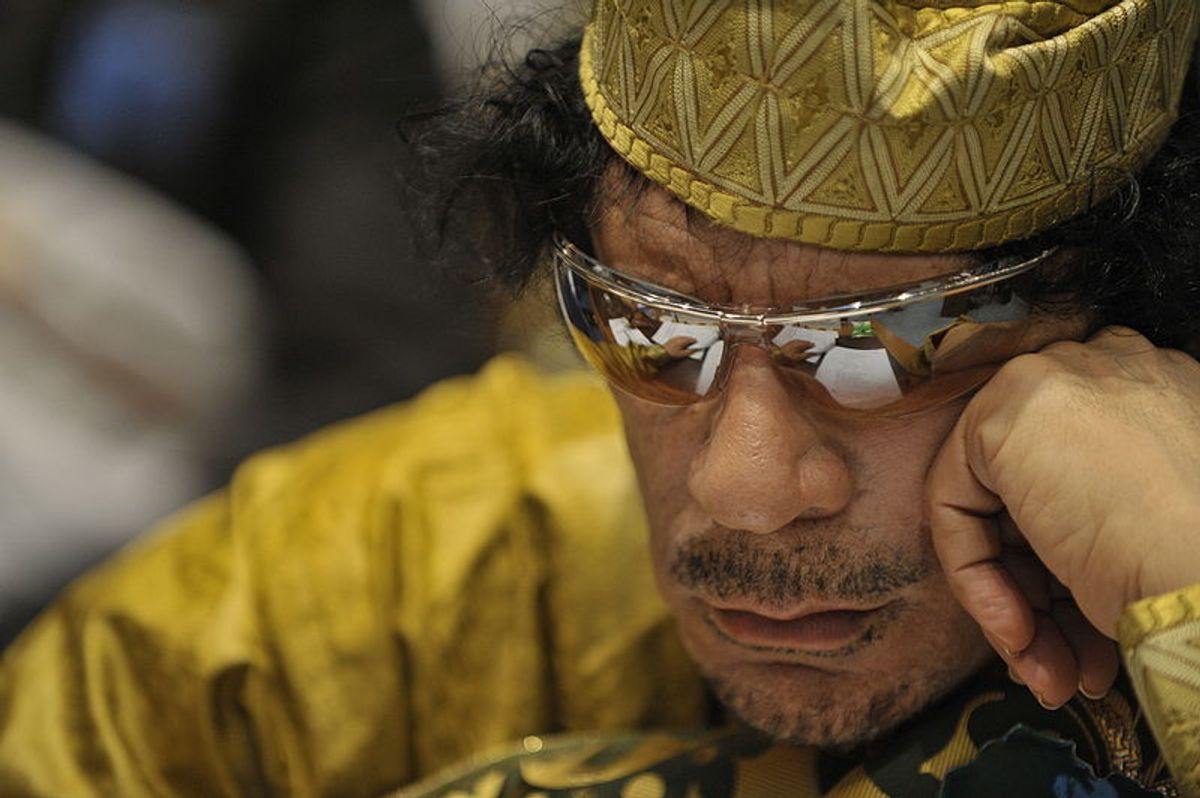 CAIRO — Libyan rebels appear to have "summarily executed" scores of fighters loyal to Moammar Gadhafi, and probably the dictator himself, when they overran his hometown a year ago, a human rights group said Wednesday.

The report by Human Rights Watch on alleged rebel abuses that followed the October 2011 capture of the city of Sirte in the final major battle of the eight-month civil war is one of the most detailed descriptions of what the group says were war crimes committed by the militias that toppled Gadhafi, and which still play a major role in Libyan politics today.

The 50-page report, titled "Death of a Dictator: Bloody Vengeance in Sirte," details the last hours of Gadhafi's life on Oct. 20, 2011, when he tried to flee the besieged city. The longtime leader's convoy was struck by NATO aircraft as it tried to escape and the survivors were attacked by militias from the city of Misrata, who captured and disarmed the dictator and his entourage.

Misrata was subjected to a brutal weeks-long siege by Gadhafi's forces that killed hundreds of residents, and fighters from the city became among the regime's most implacable foes. HRW says it seems the Misratans took revenge against their prisoners in Sirte.

The New York-based group's report says that new evidence unearthed in its investigation includes a mobile phone video clip taken by militiamen showing a large number of prisoners from Gadhafi's convoy being cursed and abused by opposition fighters.

The remains of least 17 of the detainees in the phone video were later identified in a group of 66 bodies found at Sirte's Mahari hotel, some still with their hands tied behind their back. Human Rights Watch said it used hospital morgue photos to confirm the victims' identities.

The dictator himself was seen alive in a widely-circulated video made public shortly after the battle.

"Video footage shows that Moammar Gadhafi was captured alive but bleeding heavily from a head wound," the HRW report says. But footage showed that he was "severely beaten by opposition forces, stabbed with bayonet in his buttocks, causing more injuries, and bleeding. By the time he is filmed being loaded into an ambulance half-naked, he appears lifeless."