The Internet just got funnier 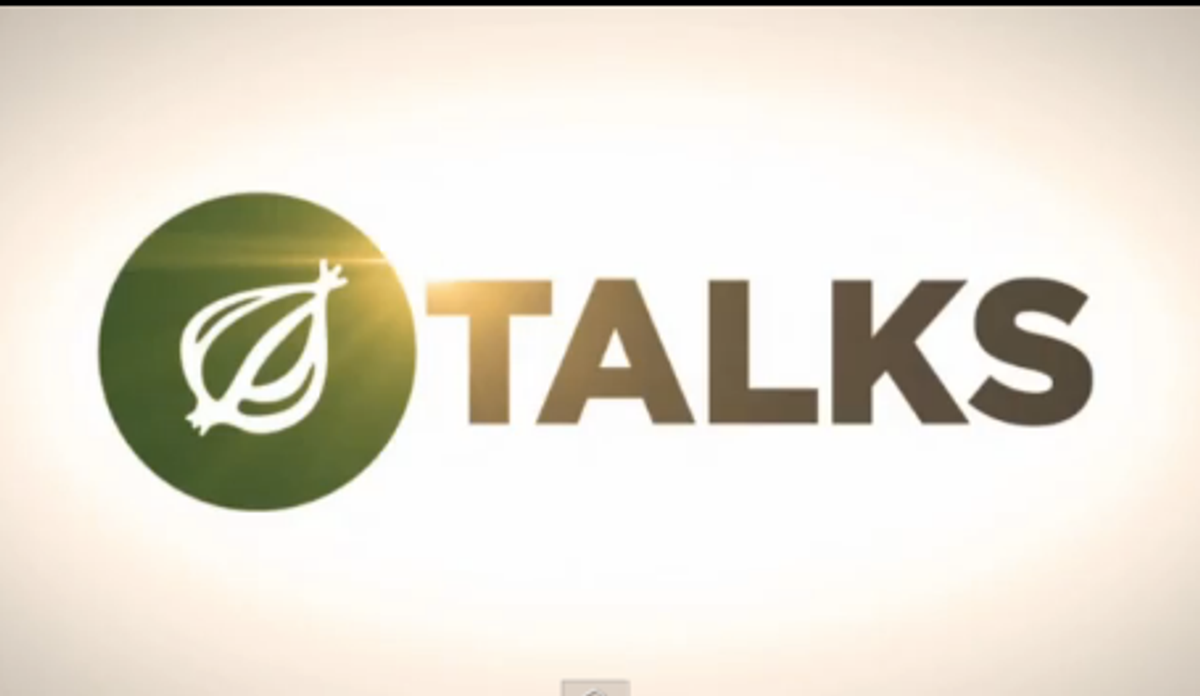 Just when the Internet was starting to get you down, it found a way to make everything OK again. Today fake news site the Onion launched its new TEDTalks spoof, Onion Talks, and another project by ex-Onion writers, Thing X, went live.

As you may know, TEDTalks is a series of presentations by world leaders, researchers and cognoscenti that aim to inspire and educate the public by sharing "ideas worth spreading." But the series has also been criticized for its tendency to repackage the ordinary. As of today, the Onion is here to deliver TEDTalks its comeuppance. The New Yorker reports:

Sam West, the head writer of the Onion Talks series, imagined it would be just like TED, “only instead of a good idea, it will be a ludicrous one.” At first, he said, “We actually reached out to TED to see if they were interested in collaborating with us. But when they saw what we were up to, they didn’t really think it was an idea worth spreading.”

“Ideas worth spreading” is the tagline of TED Talks; for Onion Talks, it’s “No mind will be left unchanged.” During a popular TED Talk from last March, the author Susan Cain discussed the merits of being quiet, saying, “Eleanor Roosevelt, Rosa Parks, Gandhi—all these people described themselves as quiet and soft-spoken and even shy;” in an Onion Talk, a lecturer offers, “Did you know that this generation will be ten times louder than their grandparents? If George Washington were alive today, we would not be able to see or hear him.”

Watch the first Onion Talk, "Compost-Fueled Cars: Wouldn’t That Be Great?” below:

A group of former Onion writers -- the ones who stayed in New York after the comedy juggernaut moved to Chicago -- teamed up with Adult Swim on an entirely different venture: Thing X. Splitsider describes the site as "a mix of original videos and articles, all themed around" a "cartoonishly-evil corporation." Adult Swim's press release describes the site as a satire of the Internet itself:

THING X uses the conceptual launch point of a click-hungry web portal to satirize everything on the Internet through exclusive videos, columns, interviews, reviews, e-mails, blurbs, bleeps, cybersnips, and podcasts. The site also boasts an active social media presence, as well as original interviews and performances from comedy friends such as Tim Heidecker, Gregg Turkington, Dave Willis, and others.

The site is relatively bare but audiences can expect to see more content in upcoming weeks. Learn about Thing X: