Where are gay rights in this election?

Three debates up, three debates down, and still no one has brought up the subject of same-sex marriage 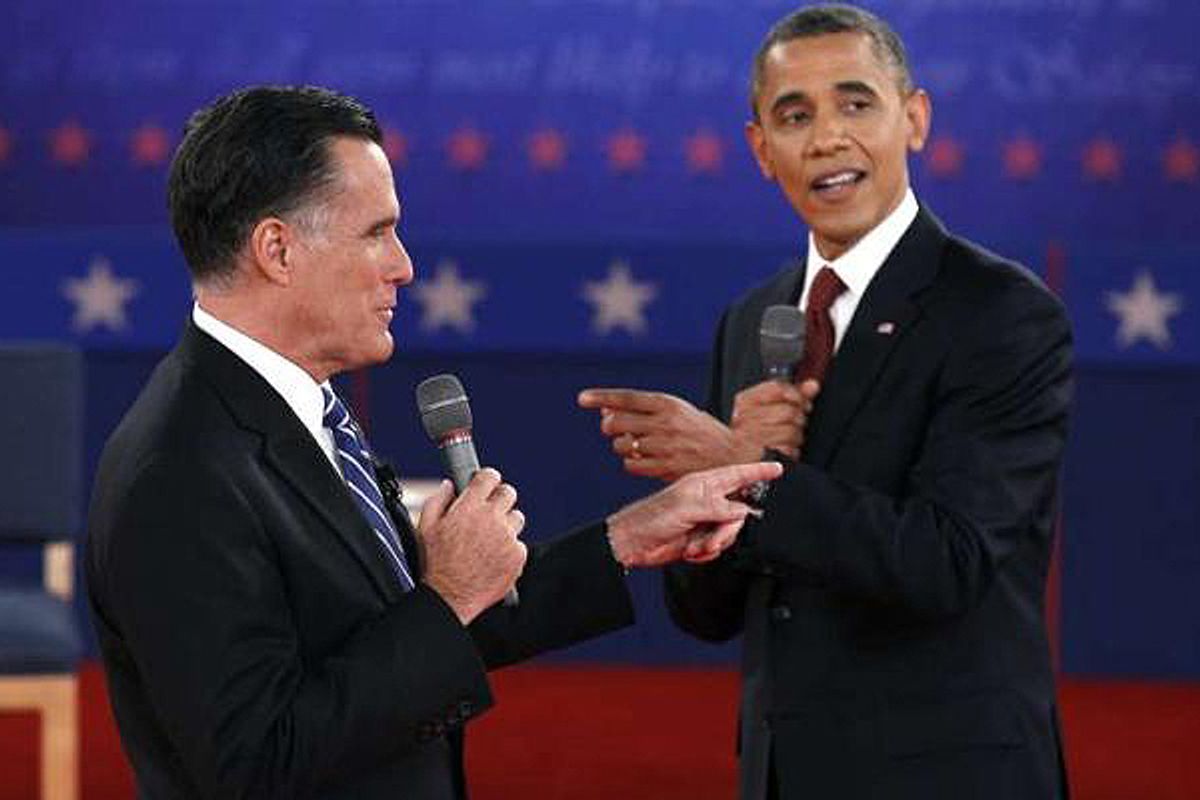 Lots of people made lists, after the first two debates this month, of the topics that had been oddly ignored by moderators and candidates. And, thanks to Candy Crowley and a bunch of supposedly uncommitted Long Island residents, many of these issues were at least given lip service at last night's debate, and some -- immigration, yay! -- got actual discussion, but it's a bit weird that so far we've heard nothing about gay marriage, or LGBT rights in general.

There are gay marriage referendums on the ballot in four states this November, three to legalize it and one to pass a constitutional amendment banning it. Polling has been moving surprisingly quickly in favor of same-sex marriage nationwide, though it's still never won a statewide vote. But there is a concrete difference between the candidates on the subject, and, what's more, there is some ambiguity to Mitt Romney's position on gay rights in general, even if he's against marriage equality. (To name one example: Romney was pretty definitively against allowing same-sex couples to adopt children in 2008. This year his campaign says it is an issue for the states to decide.)

Same-sex marriage and LGBT issues came up in 2004, when the incumbent president made them a major plank in his campaign. Of course, in 2004, the incumbent president was a Republican and his position was that gay marriage would be a good way to scare conservative religious people into not voting for his opponent. This time around, support for same sex marriage is in the Democratic Party platform, which is a pretty amazing development, but no one is really ... talking about it. The president has raised a lot of money from LGBT supporters, but he is not bringing up his recently discovered support for marriage equality on the stump much, or attempting to use it as a wedge issue.

Which is all the more reason for it to come up in a debate: The debates shouldn't just involve issues one or both of the candidates want to talk about. Unfortunately we're now done with the debates at which the subject might have been raised. (There's still a chance we get something related to the repeal of "don't ask, don't tell" at next week's "foreign policy" debate, but it's something of a long shot.)

If there's a silver lining, it's that gay rights are no longer something national politicians feel they can use for political gain in the negative sense, stoking bigotry to gin up support. At least in the current political climate a politician as craven as Mitt Romney doesn't feel think going full-on Gary Bauer would be a political winner. (Even if he's obviously more than happy to have Bauer's political support.) Though I think anyone listening closely last night heard that Mitt Romney's solution to gun violence was for every child to have "two parents," specifically "moms and dads."

But once again "minority" issues were given short shrift by the moderator and the candidates. If I had to pick one reason for that, it's that nearly everyone who cares about "minority issues" like LGBT rights (or endemic poverty and mass imprisonment in black communities) is a committed partisan, and our political press and debate organizers continue to fetishize "uncommitted" and "undecided" voters.