Another federal court strikes down DOMA

The 2nd Circuit ruled the Defense of Marriage Act unconstitutional 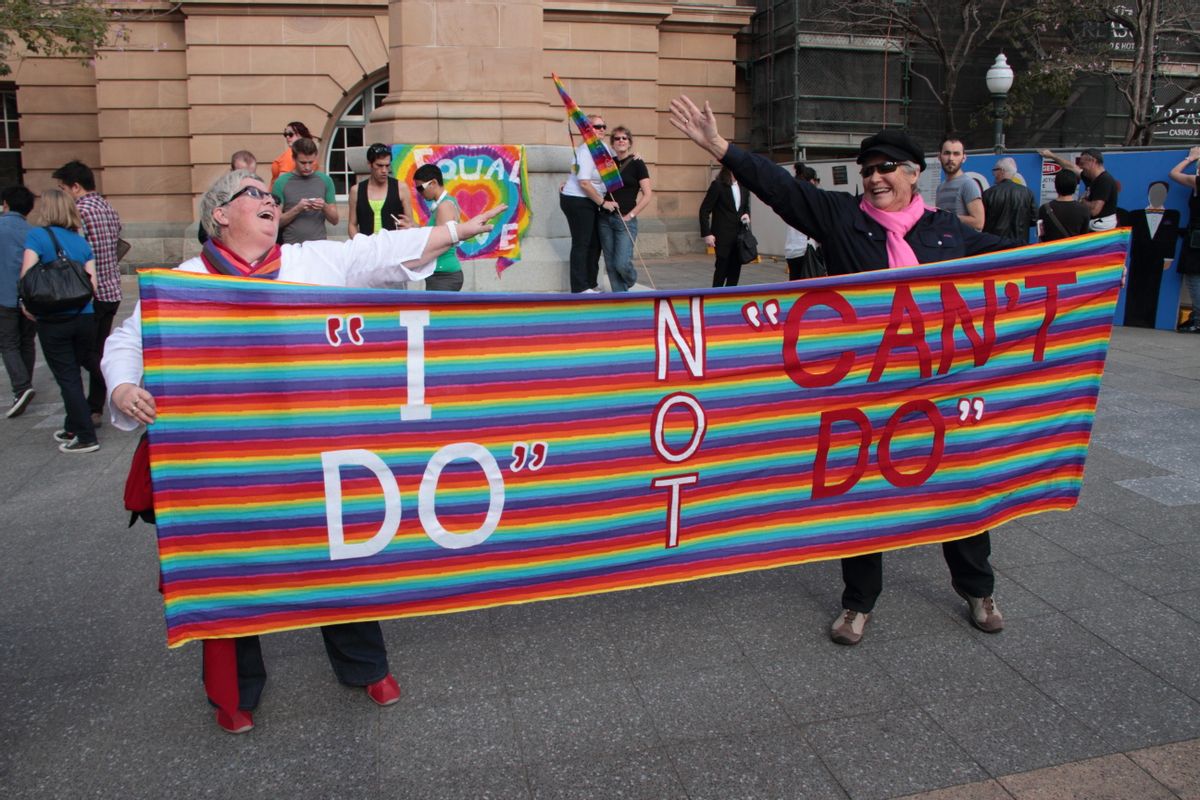 A federal appeals court in Manhattan has struck down the provision of the Defense of Marriage Act that blocks same-sex couples from receiving federal benefits. The three-judge panel for the 2nd Circuit ruled that the law violates the equal protection clause of the Constitution, in a 2-to-1 ruling.

In the majority opinion, Chief Judge Dennis Jacobs writes that "DOMA’s classification of same-sex spouses was not substantially related to an important government interest. Accordingly, we hold that Section 3 of DOMA violates equal protection and is therefore unconstitutional."

The 2nd Circuit is now the second appeals court to strike down the law, after a court in Boston came to the same conclusion earlier this year. The Supreme Court has put off a decision about the law, but is expected to take up at least one of the four cases that have been petitioned, at some point this term.