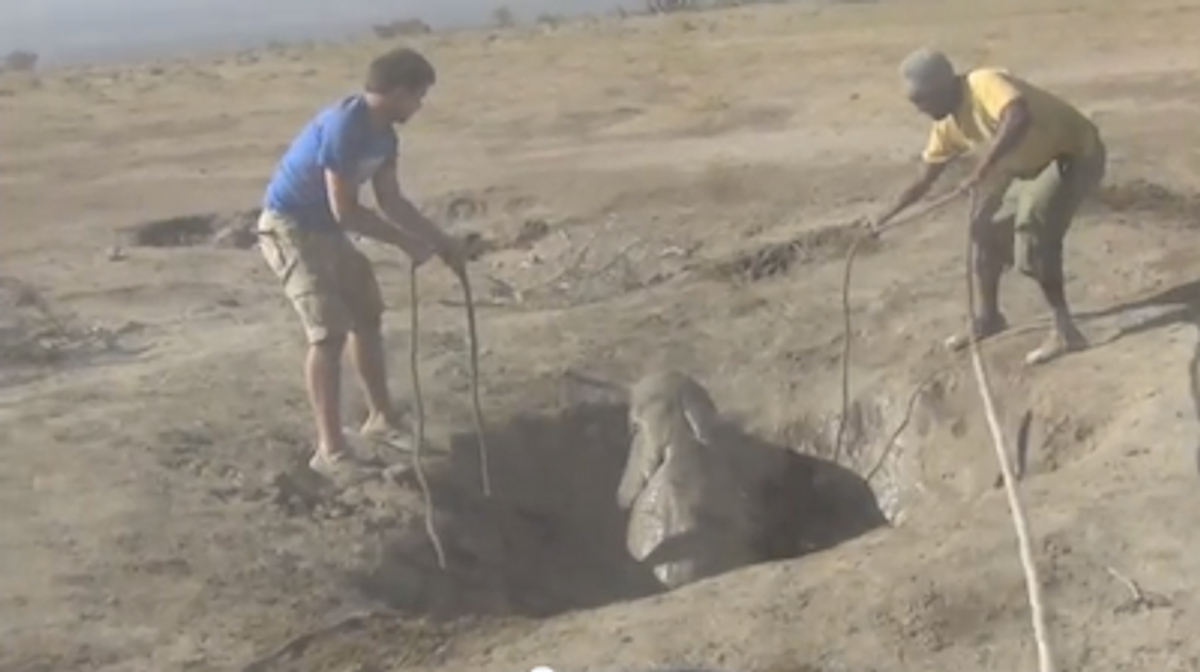 (Via Amboseli Trust for Elephants)
--

The Kenya-based Amboseli Trust for Elephants has released a video of workers rescuing a young calf. If that's not enough for you, the climactic shot (spoiler alert!) nearly quotes the running scene in "The Good, The Bad and The Ugly," except with an adorable baby elephant instead of an ugly desperado.