If POTUS wanted to put this election away, he'd propose that the nation's biggest banks be broken up 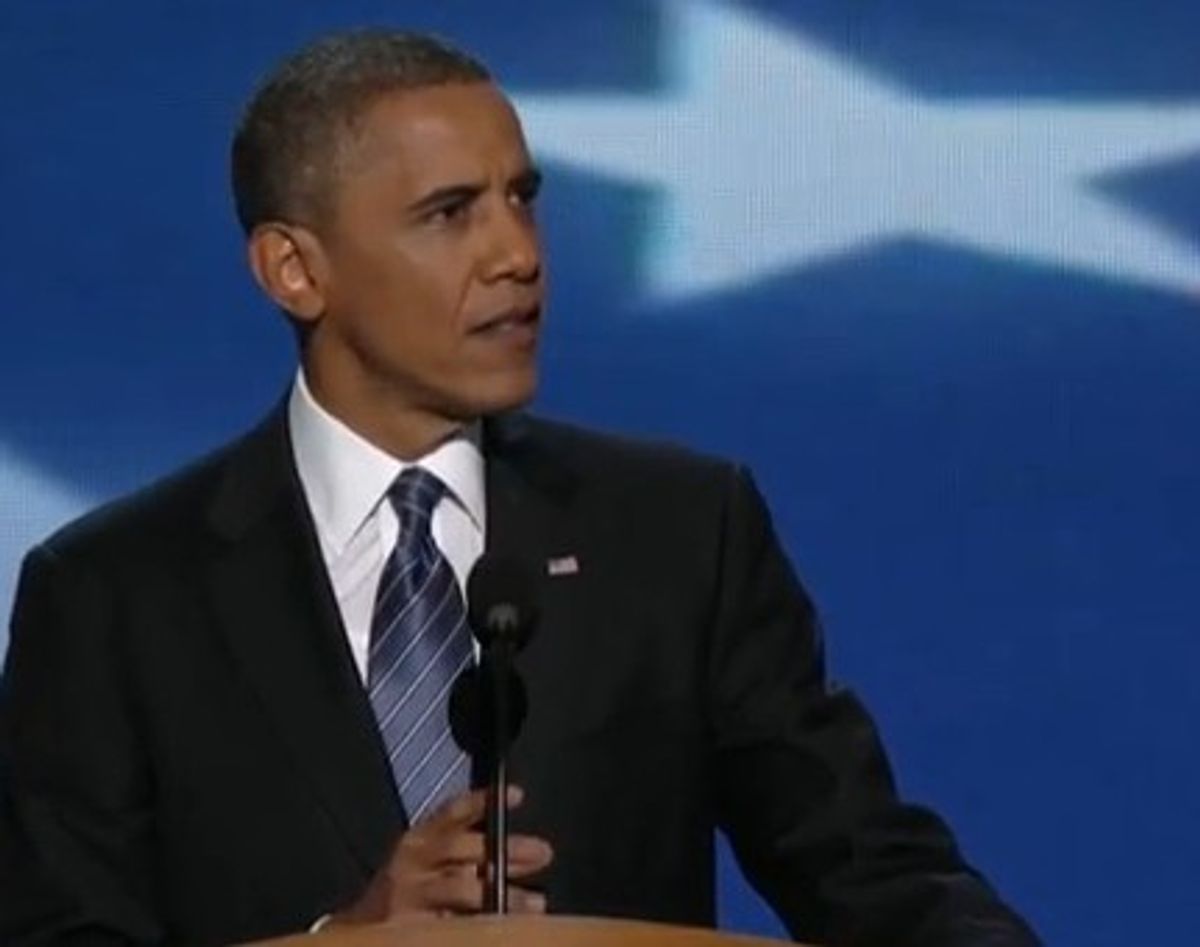 President Obama should propose that the nation’s biggest banks be broken up and their size capped, and that the Glass-Steagall Act be resurrected.

It’s good policy, and it would smoke out Mitt Romney as being of, by, and for Wall Street — and not on the side of average Americans.

It would also remind America that five years ago Wall Street’s excesses almost ruined the economy. Bankers, hedge-fund managers, and private-equity traders speculated on the upside, then shorted on the downside — in a vast zero-sum game that resulted in the largest transfer of wealth from average Americans to financial elites ever witnessed in this nation’s history.

Most of us lost big — including over $7 trillion of home values, a $700-billion-dollar bailout of Wall Street, and continuing high unemployment.

But the top 1 percent have done just fine. In the first year of the recovery they reaped 93 percent of the gains. The latest data show them back with 20 to 25 percent of the nation’s total income — just where they were in 2007.

The stock market has about caught up to where it was before the crash. The pay and bonuses on the Street are once again sky-high. So are the pay and perks of top corporate executives. The Forbes list of richest Americans contains more billionaires than ever.

And the tax rates of the top 1 percent are lower than ever — courtesy of their armies of lobbyists.

Mitt Romney, private equity manager and financier — well within the top one-tenth of 1 percent, collecting more than $20 million a year yet paying 14 percent in taxes because of tax preferences for capital gains and for private-equity — is the avatar for all that’s happened.

Just like the rest of the Street, Romney used other peoples’ money to make big bets, leveraging like mad, pumping and then dumping companies regardless of the human costs.

Worse, Romney wants to cut taxes even further on the top 1 percent — giving them them lion’s share of a $4.7 trillion tax cut — while shredding safety nets the rest of us rely on.

And he wants to repeal the Dodd-Frank Act that goes some way to preventing the worst excesses of the Street.

And this man has an almost 50-50 chance of becoming president?

The President should counter Romney’s extraordinary solicitude toward the Street with a proposal to cap the size of the nation’s biggest banks so that no bank is ever again too big to fail. And to resurrect the Glass-Steagall Act, which once separated commercial from investment banking.

In the 1980s the ten biggest banks had less than 30 percent of bank depositary assets. Now they have 54 percent. And the four biggest now dominate the Street almost completely. Because lenders and investors know they’re too big to fail, the four biggest banks have a competitive advantage over smaller rivals that pose larger financial risks. That means they’ll only get bigger.

Breaking up the biggest banks and capping the size of all banks is hardly a radical suggestion these days. The Dallas Federal Reserve Board, which has never been accused of excessive liberalism, has called for it. So has Sanford Weill, the creator of Citigroup, one of the biggest of the big. So has Daniel Tarullo, the Federal Reserve governor charged with bank regulation. So have conservative commentators such as George Will.

It’s not too late for the President to advocate these measures. In fact, now may be the perfect time. Besides, it’s not as if Wall Street is going to pour campaign contributions into Obama’s coffers anyway; the Street is going with Mitt.

Calling for a breakup of the biggest banks and a resurrection of Glass Steagall would smoke out Mitt Romney — revealing clearly and decisively he’s not on the side of most Americans.