Tagg Romney admits he'd like to slug Obama, becoming the latest white man that thinks he can say whatever he wants 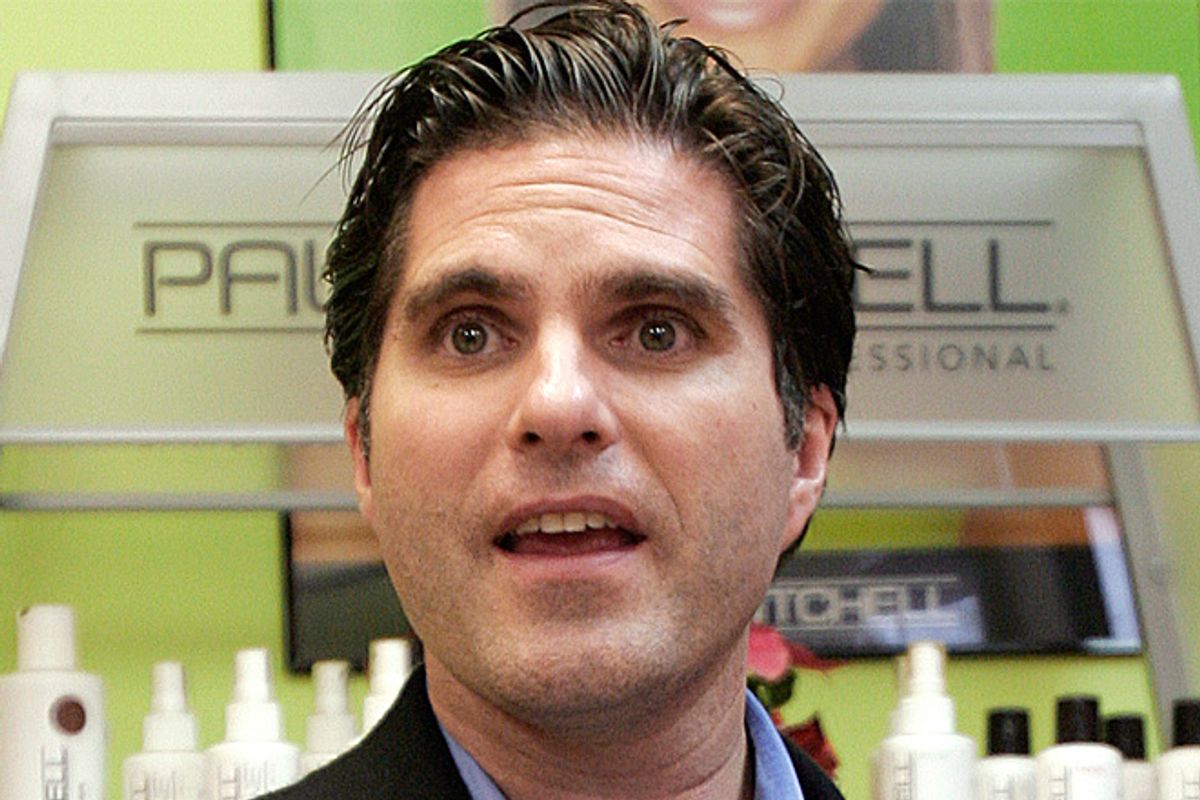 Tagg Romney, grandson of George Romney, son of Mitt Romney, is the latest flesh-and-blood embodiment of White Privilege on the national presidential stage. Though that stage has historically been a catwalk for the whitest and most privileged in the world, Tagg is in a class few achieve. With his lineage and his inherited wealth he equals George W. Bush when it comes to getting advantages by virtue of nothing more than whose crotch he popped out of in the hospital delivery room.

Now, thanks to his comments yesterday, he has surpassed even Bush, becoming not just an image of White Privilege, but an example of how that privilege quietly operates in too much of America.

In a post-debate interview with a North Carolina radio station, Tagg was asked about his visceral reaction to President Obama, and he said his first thought was that he wanted to "jump out of your seat and you want to rush down to the stage and take a swing at him." He then laughed and added, "But you know you can't do that because, well, first because there's a lot of Secret Service between you and him."

One of the hallmarks of White Privilege is the unquestioned and largely unchallenged assumption that white people can say heinous things about people of color without blowback or even mild criticism -- things that people of color rarely dare to say about white people, for fear of serious retribution. Tagg -- aka Mr. White Privilege -- proves the point perfectly. He feels totally comfortable fantasizing about committing physical violence against an African-American man. And remember, he's not just any white guy pondering such grotesque dreams. On the contrary, he's one of the public faces of a national presidential campaign appearing in a public media interview, meaning White Privilege has made him feel so comfortable airing such notions, that he didn't hesitate to whimsically broadcast them to thousands of voters.

To know that's a reflection of the new intensity of White Privilege is to witness the relatively muted reaction to the episode from a media that otherwise treats every microscopic nuance of the presidential race as a "breaking news" event. What's more, this is a country where, whether in an election season or not, any threat of violence against any president of either party is a potential federal crime and thus covered as a major news story. That is, of course, before Obama, a black man, became president, and representatives of his white opponent started joking about physically harming him.

If that's not enough proof that this episode is a profound example of the pervasiveness of White Privilege, then simply go through the mental exercise of switching the races. Ask yourself: Would the media reaction be similarly muted if a young black male relative of Obama appeared on a radio show and publicly fantasized about violently bludgeoning Mitt Romney? No, it would be the opposite. It would be a multi-day, above-the-fold, 100-point-typeface story initially fueled by Drudge, Fox News and right-wing radio hosts, and then pervading the network news shows. We'd soon see headlines about security beefing up around Romney and his entourage, as staid "Face the Nation" and "Meet the Press" panels -- populated by mostly white faces, of course -- paternalistically lamented the "race issue" in America.

Now, sure, Tagg maybe wouldn't actually bludgeon Obama to a bloody pulp if given the chance. Most likely, he'd refrain from doing so out of aristocratic respect for what he calls "the nature of the process," and even more likely, he'd respond to criticism of his remark by simply saying he wasn't being "serious." But what Tagg would do in the secret confines of his fictional Obama beat-down chamber is not important, and using the "not serious" defense only underscores the White Privilege at work, for that defense wouldn't be accepted if the races were reversed.

Thus, it all comes back to White Privilege. This little episode and the lack of reaction to it confirms Tagg's -- and much of white America's -- unspoken day-to-day assumption that there should be two standards of acceptable decorum: one for privileged white people, another for everyone else.

UPDATE: To respond to some of the comments: This article never argues - nor does it want to argue - that Tagg Romney is a racist. It simply argues that his willingness to say what he said and assume such statements are acceptable proves he enjoys the assumptions and entitlements of White Privilege. Those are two different things. You don't have to be a bigot to benefit from privilege. Additionally, merely acknowledging the reality of White Privilege isn't akin to trying to paternalistically tell people of color what to think - it's simply to acknowledge a basic and troubling reality that hurts our whole society. Let me also offer one more thought to all the white folk who seem angrier at a discussion of White Privilege than at a presidential campaign spokesman publicly dreaming of violence against a sitting president: You aren't admitting any individual shortcoming or fault as a white person to simply acknowledge that White Privilege exists. All you are doing is admitting a reality - one that should be disturbing to us all, regardless of race. Finally, to those who accuse me of being a beneficiary of White Privilege - like most white people, I'm guilty as charged. But benefiting from a system of White Privilege - a system I had no individual hand in creating - is no excuse to pretend that system doesn't exist or isn't a problem.