With shows like "My Giant Face Tumor," the one educational network loses all integrity 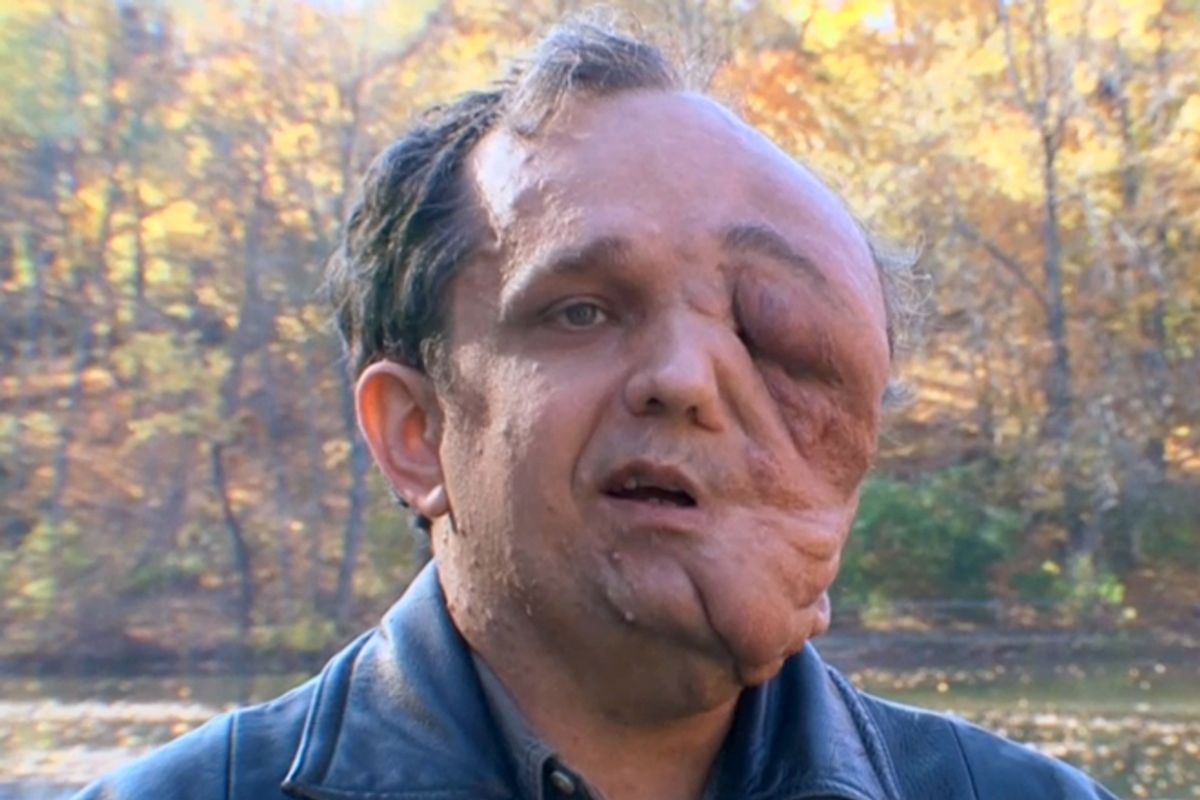 On Wednesday, TLC, the network that has given civilization the Gosselin brood and Honey Boo Boo, aired a special called "My Giant Face Tumor." And with that, reality television as we know basically stopped even pretending to try. Is this a cry for help, TLC? Does somebody need an intervention?

It's not that the special itself – chronicling the dramatic odysseys of Savipat Kemkajit Chotpintu and Ed Port, two individuals with a rare deformity – isn't compelling material, or that the show treated its subjects especially insensitively. There's something fascinating and even at times very moving about the human struggle at its most extreme ends. The affliction that Chotpintu and Port documented on TLC, after all, is similar to what inspired John Merrick's poignant life story to become "The Elephant Man." On Crushable this week, Jenni Maier wondered, "How they’re still able to remain somewhat positive despite their massive facial deformities … certainly puts my life into perspective and gets me thinking about how fortunate I am," adding that the show ultimately left her feeling "uplifted."

What's revolting, however, is the pathetically low bar the network has now set for itself, the shrugged-off formula of difficult-to-look-at material plus incredibly obvious title equals network programming. There may be inspiration to be had in some of its material, but when you call your show "My Giant Face Tumor" you're not exactly challenging your viewership to tune in for the triumph of the human spirit element. No, you're saying: We're going to show people with what we ourselves describe as "giant tumors taking over their faces." You're saying: We're going to give you a doctor telling the lady with the giant tumor taking over her face, "I can touch the cover of your brain when I put my finger there." I'll give this to TLC: They're gross but they're still more honest than Fox News. HuffPo, by the way, managed to seize upon the broadcast's curiosity factor with a slideshow of giant face tumors. Because they're HuffPo.

That the network long ago jumped the hoarded pile of old Dairy Queen containers is not news. But that it has of late passed through yet another rubicon of terribleness is hard to ignore. When you're airing stuff called "Half Ton Killer?" — about a half-ton woman accused of killing her nephew by sitting on him — you've reached a point that makes "Here Comes Honey Boo Boo" look like poetry. Can you imagine the groaning pit of despair TLC's pitch meetings must be? At least they must be really brief. "OK, guys, let's just call it 'Things That Are Really Horrible.' Good meeting, everybody! Who wants Panera?"

The network that once literally had the word "Learning" in its name has gone down the "Snakes on a Plane" route. It's like hotel room porn now. In much the same way you're going to be pretty clear on what you're getting when you order up "Big Butts Like It Big," when you see a listing for a show like "Mama's Boys of the Bronx," "Mall Cops," "I Didn't Know I Was Pregnant" or "My Teen Is Pregnant … And So Am I," you're not likely to ask yourself, "What's it about?" The only confusion you might ever have watching TLC these days is differentiating "My Crazy Obsession" from "My Strange Addiction." As an astute observer on Twitter noted recently, it's like "all the fake shows engineered to tank NBC from the season premiere of '30 Rock': 'God Cop,' 'Homonym,' 'Hotel Info.'" Coming no doubt soon to TLC: "Albino Cyclops Shark," "I Ate Beets and They Turned My Stools Red" and "Does This Look Infected to You?"

Tellingly, network chief Eileen O'Neill told the Hollywood Reporter earlier this month, "As you look around the marketplace, there are varying degrees of obviousness in unscripted. A large part of the audience isn't as concerned with the scripted part of it. But with the Discovery networks, there is a higher expectation that it's original; it's unique, and it's authentic." In other words, they can't run on pageant moms and hissy fits alone. And without the whipped-up character dramas of traditional reality, what's left? "Heli-Loggers" — loggers who use helicopters — that's what. You get casting calls for "a new show that will honor the questionable decisions you've made when getting inked." Because at this point, that's what the whole network has become -- one big homage to questionable decisions – namely its viewship's, for sticking with it.