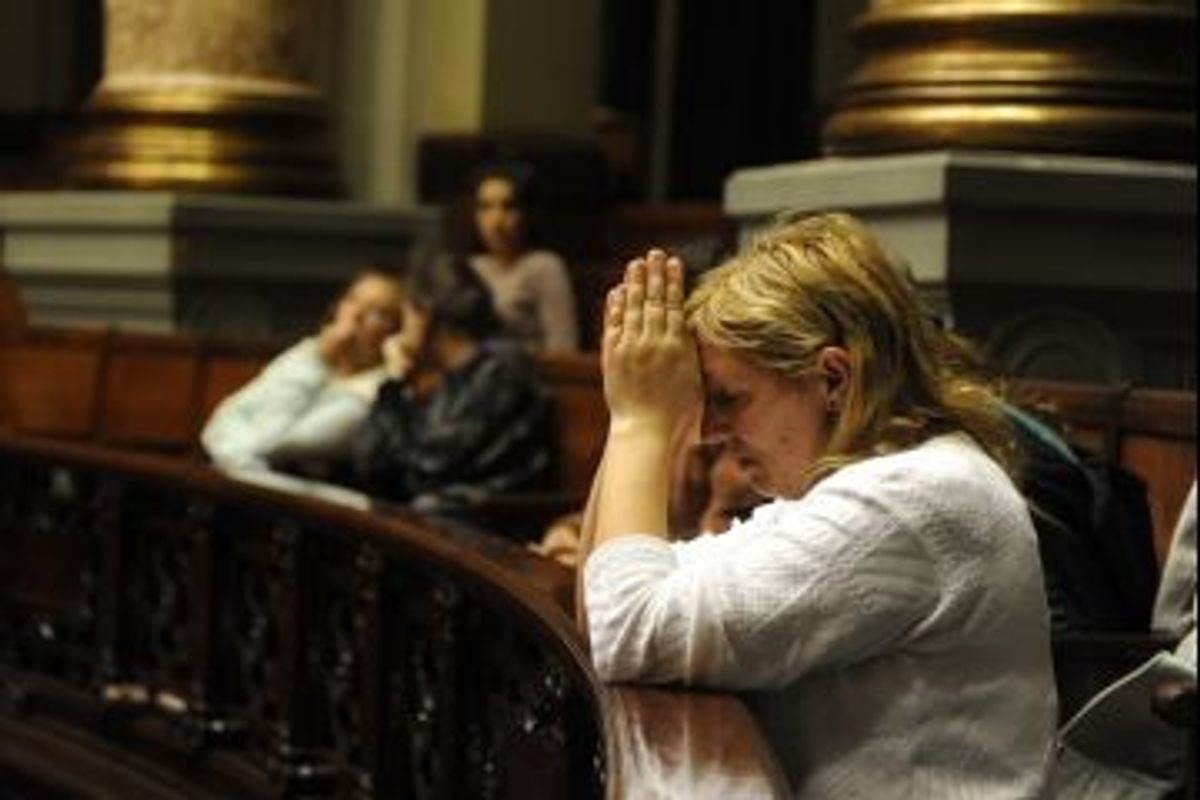 LIMA, Peru — Uruguay is set to become the third nation in Latin America to allow abortion on demand.

The country’s senate approved a bill Wednesday, by 17 votes to 14, which would permit pregnancy terminations for Uruguayan residents in the first trimester.

The lower chamber voted by the narrowest margin, 50-49, in favor of the bill following a heated debate last month. President Jose Mujica, a former left-wing rebel, has already said he will sign it into law once congress sends it to him.

The move marks a watershed in deeply Catholic Latin America. In the region, only Cuba, Guyana, Puerto Rico — a US territory — and Mexico City’s Federal District allow abortion on demand.

Uruguay, which recognizes gay marriage and is on the brink of decriminalizing marijuana, will therefore be the first democratic Spanish-speaking country in the region to do so.

Yet campaigners for women’s rights are unlikely to celebrate, thanks to a series of conditions in the bill. They include a requirement for women seeking an abortion to first make their case to a panel comprising a gynecologist, psychologist and social worker.

The panel would also be tasked with offering advice on alternatives, including parenting support services or placing the child up for adoption.

Other conditions in the text include a compulsory five-day time-out for the pregnant woman to “reflect” on her decision, the review panel’s responsibility to seek the father’s opinion, and an opt-out clause that would allow health care providers to refuse to carry out abortions on principle.

Marta Agunin, of Montevideo-based rights group Woman and Health, was highly critical of the bill, which she said failed to guarantee a woman’s right to choose.

“They are putting so many obstacles in the way that women may still end up seeking backstreet abortions and we will be back to square one,” she told GlobalPost.

She added that the panel would have a “moralizing” role and that the bill did not include the resources needed to ensure that there would be qualified abortion providers across the country.

Although the Uruguayan state is secular, the Catholic Church is powerful and retains a strong following. The country is as divided as the United States on the issue.

Nevertheless, proponents of the bill argue that the nation is ready for it, citing a recent study by local pollster Cifra that found 52 percent in favor of abortion on demand and 34 percent against.

After the house of representatives vote in September, the Catholic University of Uruguay published an open letter warning that the legislation violated the “right to life” and questioned why terminating a fetus that was 12 weeks old should be legal but doing so with one that was 12 weeks and one day old would result in a jail term.

Those divisions were also on display during the congressional debates.

One abortion opponent, Dario Perez, a medical doctor and congressman of Mujica’s left-wing Broad Front party, spoke movingly about his wife’s two miscarriages as he retired from the lower chamber to let his substitute, Carlos Corujo, vote in favor of the bill instead, a move permitted under Uruguay’s constitution.

"I can’t raise my hand to support this project,” Perez told the chamber. “My spiritual state doesn’t permit it. I can’t do it for Ismael [one of his miscarried sons], who was unable to exist, nor can I for Benjamin [the other miscarried son]."

Nevertheless, the new law is likely to prove a landmark in Latin America, where just a tiny handful of women have access to safe, legal abortion.

According to the New York-based Center for Reproductive Rights, five of the six countries in the world with absolute bans on abortion are in Latin America: Chile, the Dominican Republic, El Salvador, Honduras and Nicaragua.

And most other countries in the region only permit it in limited circumstances, such as rape or when the mother’s life is in danger.

As a result, an estimated 4.2 million unsafe, backstreet abortions were carried out in Latin America and the Caribbean in 2008, according to statistics from the Guttmacher Institute.

The US-based sexual health think tank also reported that roughly 1 million women per year in Latin America and the Caribbean are hospitalized as a result of clandestine abortions. Twelve percent of maternal deaths in the region in 2008 — 1,100 women in total — were due to complications from illegal terminations.

“One of the big issues in Latin America is that even when a right is enshrined in law, such as abortion to save the life of the mother, obstacles are often put in the way of accessing that right,” Lilian Sepulveda, head of the Center for Reproductive Rights’ international legal program, told GlobalPost.

She cited several horror stories to illustrate official attitudes toward abortion and unwanted pregnancies in general, including one in Peru, where doctors refused to operate to realign the spine of a 13-year-old girl out of fear of endangering her unborn child.

The teenager had injured herself when she jumped from a building after becoming pregnant as a result of a rape. She eventually miscarried but is now paralyzed.

“This is not an isolated incident,” Sepulveda noted. She also added that despite Uruguay’s move, women’s reproductive rights were actually backsliding in much of Latin America, where Catholic and other conservative groups are campaigning to curb access to contraception.

On the same day as the Uruguayan senate vote, protesters stopped a rape victim from receiving a legal abortion at a Buenos Aires hospital after the city’s conservative mayor announced the time and place that the procedure was to be carried out.

And using the morning-after pill in Honduras could lead to a jail term, Sepulveda said. Meanwhile, in Chile, it can only be sold in private pharmacies, despite the fact that many poor women in rural areas get their health care from state clinics.