U.S. to hand over emails about Bradley Manning's detention 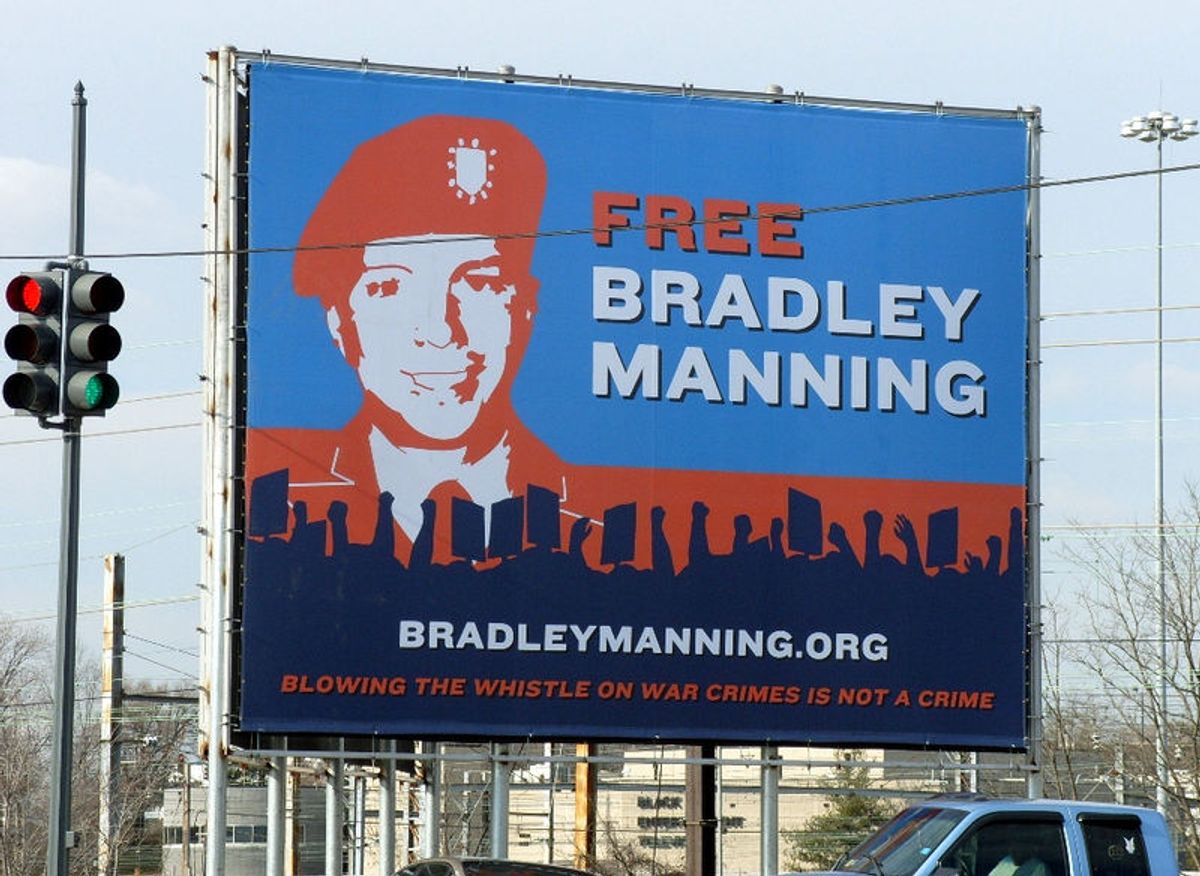 The judge at Pfc. Bradley Manning's Fort Meade pretrial has ordered that prosecutors hand over hundreds of emails from officers overseeing the alleged whistleblower's detention at a military brig.

According to Raw Story, "Judge Denise Lind said more than 600 emails withheld by prosecutors should be handed over to the defense, though she did not explain the reason behind her decision." Manning's attorneys requested the emails as evidence for their argument that their client was subjected to cruel and illegal treatment while detained at Quantico Marine base. Manning was held in a solitary cell, stripped naked and could wear only a suicide-proof smock to bed.

Raw Story reported that the officers' emails "discuss the military’s plans to respond to queries from reporters about Manning’s detention, preparing for protests, changes to Manning’s list of visitors and other details, according to the judge."

Glenn Greenwald took to Twitter to note that what comes from the email handover "should be very interesting."

Manning's trial for charges including that he “aided the enemy” is scheduled for Feb. 4. Courthouse News, observing his pretrial hearing Wednesday, reported that the 24-year-old soldier was closer to entering a plea: "Manning privately told his trial judge Wednesday how he intends to respond to charges that he sent WikiLeaks hundreds of thousands of secret files about U.S. diplomacy and warfare."

As Courthouse News noted, during his arraignment last February, Manning "deferred pleading on any of the 22 charges against him. He also declined to state whether would prefer trying the case before a judge or jury." On Wednesday, Manning updated the judge on his preferences, the details of which are currently private.