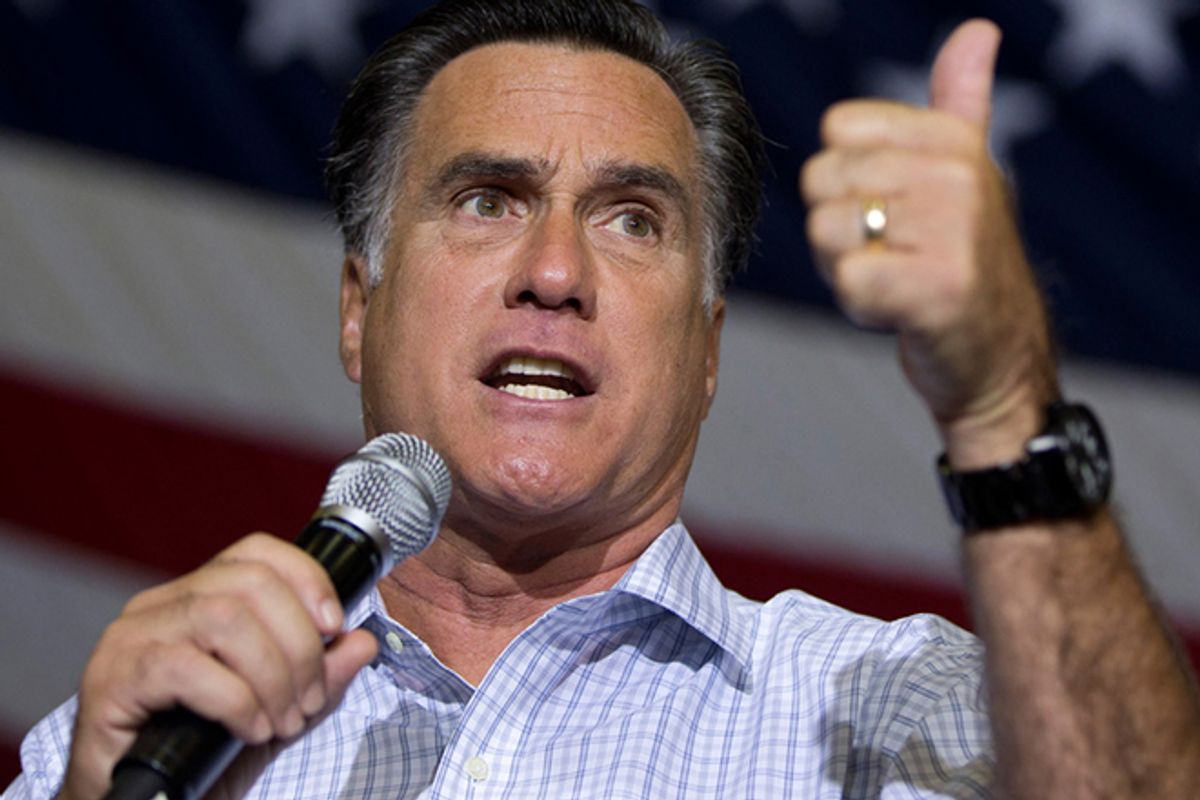 For all the recent focus on Libya, this election will come down to the economy; as Steve Kornacki noted this morning, voters consistently tell pollsters it's their top concern. As the incumbent, Obama was always going to be at a disadvantage here, but fortunately for him the economy has shown real signs of improvement, and he’s changed his message in the past few days to reflect that. Now he talks about how many jobs he’s created and how much the stock market and home values have risen, instead of defensively listing what still needs to be done.

And today, another bit of good news for Chicago. The Bureau of Labor Statistics released its final state-based jobs report before the election, which shows marked improvement in key swing states. Seven battleground states saw their unemployment rates drop in September from August, while the remaining two, Virginia and New Hampshire, saw theirs hold steady and already below national average levels. In Iowa and Wisconsin, which could prove to be a critical firewall for Obama, the rate fell .3 and .2 percent, respectively. And in Ohio, the most important battleground state, the rate has plummeted from 8.6 a year ago to 7 percent today, with a .2 percent drop in September. Colorado and Nevada, two key Western states, saw .2 and .3 percent drops, respectively. Overall, most of the swing states, with the notable exceptions of Florida and North Carolina, have rates below the national average of 7.8 percent, which could help Obama.

But even as the economy changes, Mitt Romney’s statistics don’t. “What you’re seeing in this country is 23 million people struggling to find a job, and a lot of them, as you say, Candy, have been out of work for a long, long, long, long time," Romney said during this week's debate. The GOP presidential nominee Romney has also been using that number for a long time.

“Here’s a number you’re going to hear a lot over the course of this campaign: 23 million. That’s the number of people who are looking for work, or who have become so discouraged they’ve stopped looking for work,” top Romney adviser Eric Fehrnstrom told Bob Schieffer on CBS back in April when the most recently available unemployment rate was 8.2 percent, .4 percent higher than it is today. As Romney transitioned in the general election over the summer, the number became a standard line in his stump speech and TV appearances as he hammered the president's handling of the economy.

“You might have asked yourselves if these last years were really the America we want ... Does it fail to find the jobs that are needed for 23 million?” Romney asked rhetorically in his acceptance speech at the Republican National Convention in late August when the most recent jobs report showed the unemployment rate nudging up to 8.3 percent.

Now the unemployment rate has dropped to 7.8 percent and the economy has created about 700,000 jobs since April, but Romney’s number hasn’t budged. Is it still accurate? Actually, it turns out it never completely was.

To get to that figure, Romney combines three different categories of people. There’s the 12.1 million who are “officially unemployed,” according to the BLS’ classification. Then there’s 2.5 million people who are “marginally attached to the labor force,” which are people who want a job, have tried to find one, but gave up searching. The remainder comes from the 8.6 million “involuntary part-time workers.” These are people who do have jobs, but they would prefer to be working full-ime jobs. Sometimes, Romney was careful to explain that not all of the 23 million people are out of work, but often his wording was vague enough to confuse a casual listener into thinking he meant they were unemployed, or he outright misstated the figure.