The spy agency continues expanding into a paramilitary force 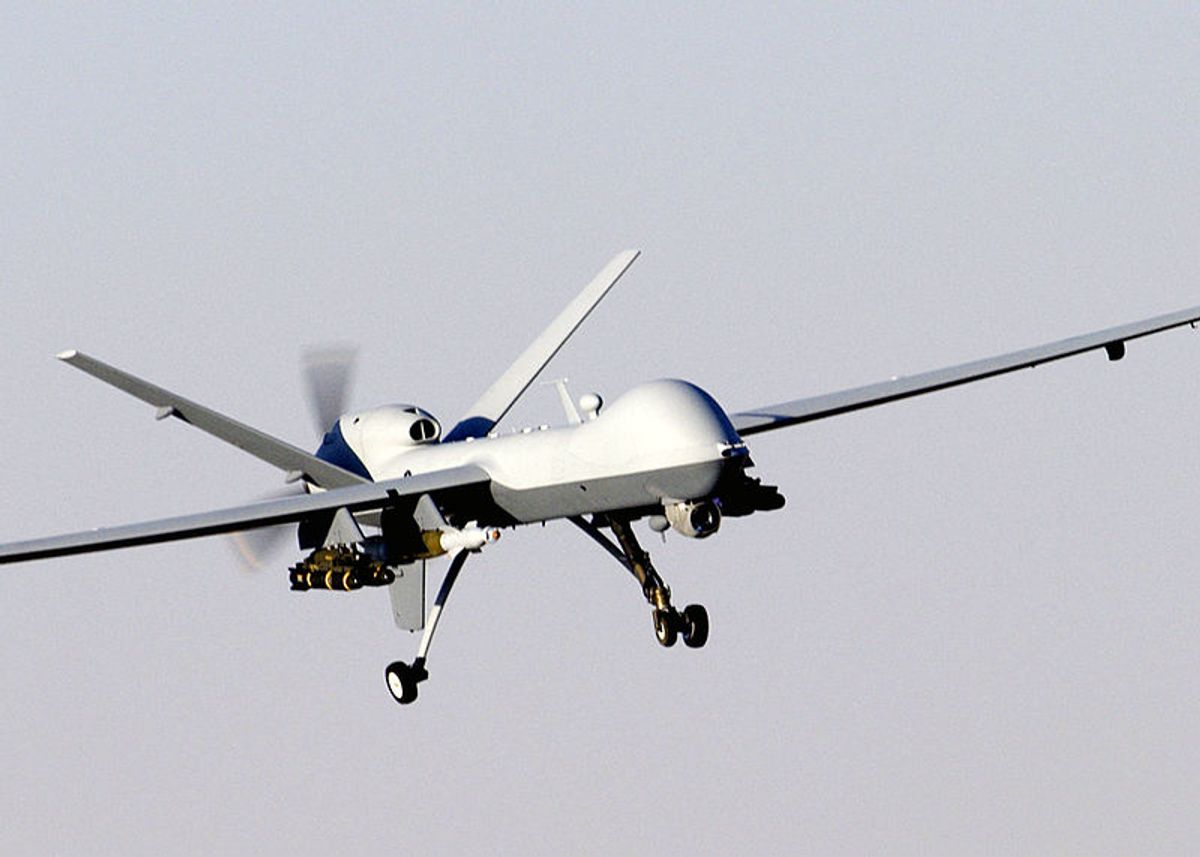 The CIA has asked the White House for a significant expansion in its fleet of unmanned aerial vehicles. If approved, the agency could add as many as 10 drones to an inventory of between 30 and 35 already amassed. The Washington Post reported Thursday:

The proposal by CIA Director David H. Petraeus would bolster the agency’s ability to sustain its campaigns of lethal strikes in Pakistan and Yemen and enable it, if directed, to shift aircraft to emerging al-Qaeda threats in North Africa or other trouble spots, officials said.

According to the WaPo's official source, if Petraeus' request is fulfilled, the move would "extend the spy service’s decade-long transformation into a paramilitary force." Indeed, the CIA's drone program has developed extensively and controversially in recent years. As Salon noted, a recent study found that the agency's strikes in Pakistan were "counter-productive" and terrorized civilians. Meanwhile, as WaPo noted Thursday, the "campaign of U.S. airstrikes in Yemen has heated up," with 35 strikes by the spy agency this year.

The request for more drones reflects increasing concerns about growing militant strongholds in the Middle East and North Africa. One unnamed congressional official also told WaPo that Petraeus' request suggests the CIA director might be missing the resources (including scores of drones) he had under his control as U.S. commander in Iraq and Afghanistan. “He’s not used to the small budget over there,” the official said.

The proposal for more drones will be considered by a group led by President Obama’s counter­terrorism adviser, John O. Brennan, and including officials from the CIA, the Pentagon and the State Department. The same group directly helps decide which suspected terrorists are added to the infamous “kill” lists.