Film critic Judith Crist: "We all have our stories"

My mentor had no sympathy for my tale of sexual harassment because, for her, it was inherent in the workplace 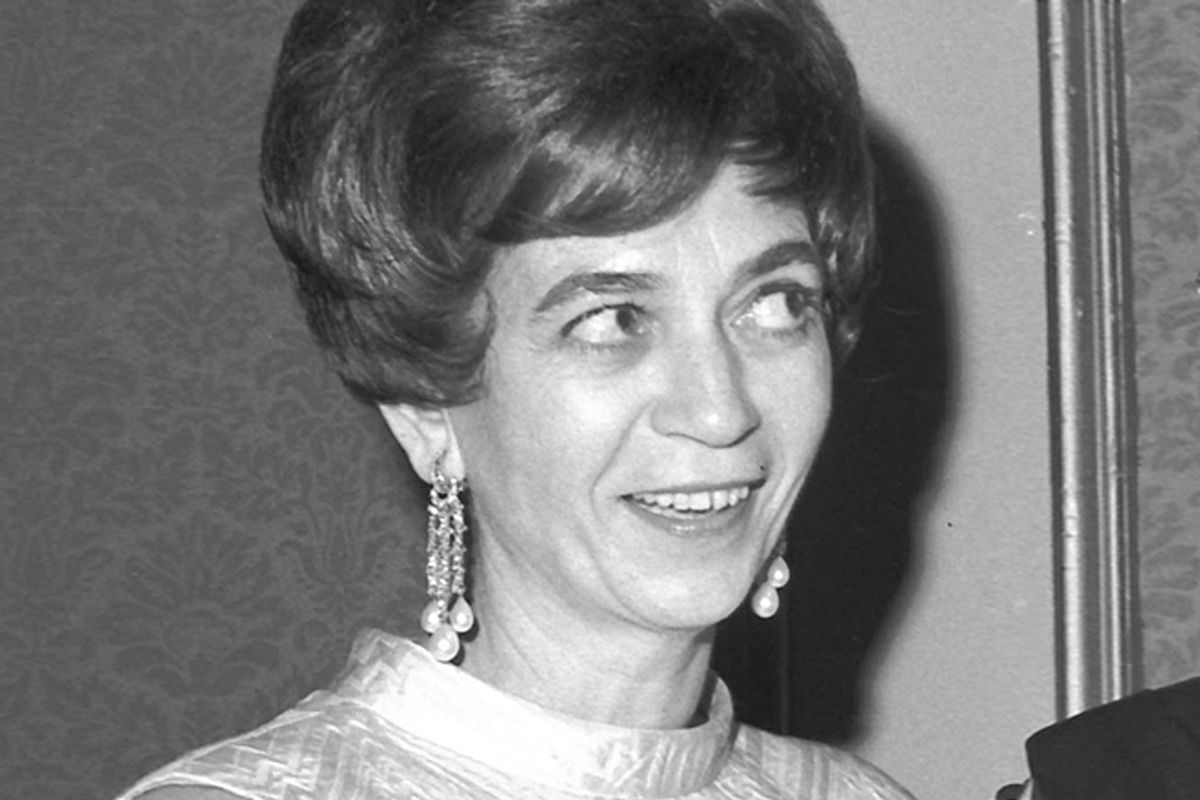 In August, the most hated woman in Hollywood passed away. At least that’s what she was called in her obituary in the L.A. Times. When she died at age 90, Judith Crist rolled the credits on a career as one of the most influential film critics in the U.S., regularly sending down often-crushing opinions via the New York Herald Tribune, New York magazine, TV Guide and the "Today Show." Crist was not in anyone’s binder in the mid-1900s. In an era where prominent female journalists couldn’t even fill a manila envelope, she was the whole damn file cabinet.

But I knew her as a powerful professor at Columbia University’s Graduate School of Journalism, and she was one of my favorite teachers, even though she once delivered me a zing I’ve never forgotten — not on my writing, but on being too precious about sexual harassment.

This was the early '90s, and in her seminar, we read columnists like Russell Baker, William Safire, Calvin Trillin and Anna Quindlen. Each week, there was an assignment on a given topic: current events, a controversial issue in the news, an opinion about a new piece of architecture or an exhibit or restaurant. Her inflexible edict: You cannot write in the first person until the final class.

We had to earn the right to first person. “I?” she’d said archly. “Who are you?” We had to write with narrative authority without the "I" crutch, a brilliant lesson for young writers too well acquainted with the vista of their navels.

Each week our pieces were read aloud by classmates and critiqued by the group. It was a given that we all had basic structural competence and a knack for wordplay, so positive comments weren’t especially useful, or respected. I liked it that way; it felt more like I was getting my money’s worth, particularly since we were pursuing a degree that wasn’t necessary for our field.

My piece for the final class was about sexual harassment in the workplace. The Clarence Thomas hearings and the Navy’s Tailhook scandal were headline news, and everyone’s antennae were quivering over what was and wasn’t OK in the workplace. Behavior was measured on a scale of, say, corporate entertaining at strip clubs, to commentary on pubic hair in Coke, to drunken convention groping. I wrote about the difficulty some people had in understanding why Anita Hill might not have spoken up earlier if she was so irked by her boss’s behavior. It was written in the first person because I had some experience with both the boss part and the not speaking up part. While traveling for a convention at my old job, my editor pressed me against the wall of an elevator and kissed me, and then he came knocking at my hotel room at 1 a.m.

The classmate who’d drawn my piece to read aloud and critique was visibly uncomfortable. Although I’d written only passingly about my experience — the essay was more about the politics of the workplace and the psychology of sexual power dynamics — she clearly didn’t want to say boo about someone who’d been groped by her boss. I remember thinking this was the most bogus form of political correctness because everyone can benefit from criticism, no matter what the subject matter. Around the table there was a lot of mealymouthing and pussyfooting around my piece, except from Judith Crist.

Oddly, she didn’t attack the structure or the writing — only the silliness of my making a big deal of the incident. She described for us with impatience how newsrooms had worked in the '60s: the drinking there’d be after work and how it wasn’t a matter of whether a pass would be made at you but rather a matter of when and by whom and how brazen it would be. “We all have our stories,” she said irritably. She delivered this in a way that said, We’ve all had our steaks overcooked, but it doesn’t mean you have to topple the table over it.

I’ve wondered whether Judith Crist’s experience was more common in newsrooms than in other offices because women there were supposed to be tough broads. I’ve also wondered whether my being rattled by my boss kissing me — which, at a time when corporate harassment policies were becoming all the rage, felt monumentally strange — was evidence that I was less of a badass than the '60s broads. Her dismissiveness seemed to clinch it.

Maybe we would be better off, I thought briefly, giving the male colleague a shove and not dwelling overly much on it. Maybe that was the more potent response than mine, which was to be quietly mad and mortified. If I’d had a chance to revise that column for Crist’s class, I might well have rewritten it with Mae West bravado and downplayed the emotional significance of feeling powerless. Much about the journalism school reinforced a school-of-hard-knocks kind of learning, and I might have focused instead on the importance of speaking up for yourself when the situation warrants it, whether that means giving the shove or taking full advantage of sexual harassment policies in place. In the end, I did give the shove, in my own way. I included the anecdote of the elevator kiss in an article I was writing for his own magazine about harassment in the workplace, and he didn’t take it out. He also didn’t bother me again. But I appreciate that not all women are wired that way and that some colleagues don’t shove easy.

Twenty years later, reading the obituary of this woman I respected tremendously, Crist’s dismissive response to my piece has more context and less power. Women in the 1960s and '70s had to use whatever chutzpah they had, which was likely considerable if they had made it to positions of professional success, and they had to take advantage of whatever resources available to them, which were likely few to none.

But sexual harassment isn’t just one of those life stories we carry around in our backpack of life — oh, well, boo hoo. Once you’re awake to the potency of power dynamics — the late-night angry pacing in a hotel room, the worry about what’s going to happen back at the office, the chill of fear at the late-night knock at the hotel room door — you can’t be unawake to it.

Maybe Crist had a point that today’s women are lacking some requisite toughness in the same way that women used to have babies without pain medication and go right back to work in the fields. But it shouldn’t be a prerequisite of the job.

Nichole Bernier's novel "The Unfinished Work of Elizabeth D." (Crown/Random House), was a finalist for the 2012 New England Independent Booksellers Association fiction award. A 14-year contributing editor to Conde Nast Traveler, she was previously on staff as a columnist, news writer and golf and ski editor. An M.S. from Columbia Graduate School of Journalism, she is a founder of the literary blog Beyond the Margins. You can find her at nicholebernier.com and on Twitter @nicholebernier.