Pick of the week: A dazzling, dreamlike head trip 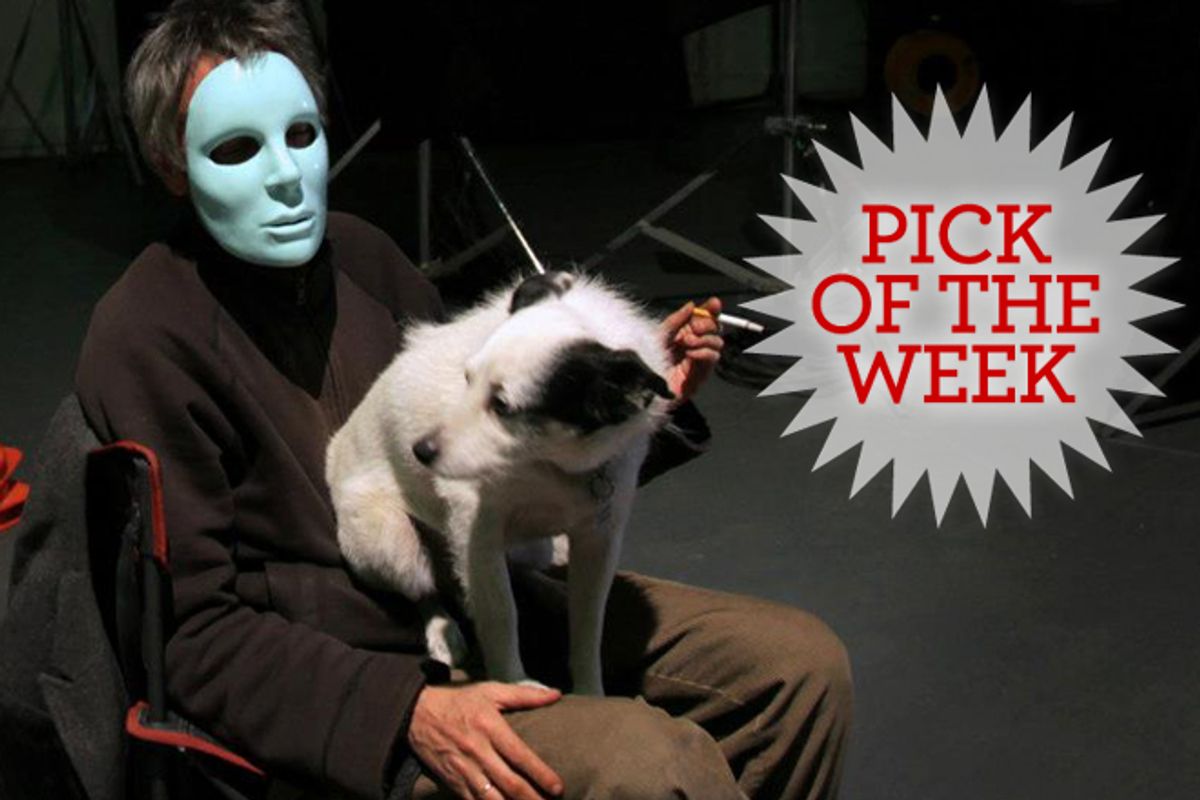 Here’s the biggest problem in trying to convince you to see the mesmerizing, tripped-out and constantly surprising “Holy Motors”: explaining what the hell kind of movie it is. That’s because it belongs to no known category, or to numerous incompatible categories at once: It’s science fiction, soft-core porn, motion-capture animation, John Woo-style action film, family melodrama, romantic musical and several other things besides. You’ll hear lots of people comparing “Holy Motors” to David Lynch’s “Mulholland Drive,” and I guess that’s OK as far as it goes. But all they’re really saying is that this movie will mess with your mind and that it looks really cool, and that on some highfalutin level it’s a movie about movies, or about the confusing relationship between illusion and reality in a world where human society has become a form of spectacle. Or something. Oh, and also it’s got sex in it.

Now comes the moment when I have to tell you that “Holy Motors” was made by a culty and pseudonymous French director called Leos Carax (real name Alexandre Dupont), who has made only five features in his 28-year career, the best known of which was “The Lovers on the Bridge,” way back in 1991. And there's no question that on one level this is one of those movies (like "The Lovers on the Bridge," in fact) that's fascinated with the mythology and symbolism of Paris, which will always be the first city of film. Even from here I can hear the moaning and groaning: Oh, great. Here comes O’Hehir with another one of his obscure European art movies. I suppose that’s a technically accurate description, but “Holy Motors” doesn’t look or feel much like other European art movies you may have encountered. It does not involve any eight-minute shots of peasants trying to light a fire or whatever, and has a much larger potential audience than that implies. (It apparently played like a house on fire at Fantastic Fest in Austin, Texas, the genre-oriented festival where I guarantee that very few attendees had ever heard of Carax or seen his previous films.)

Let’s start with the fact that there isn’t much talking in this movie and only some of it’s in French; we also get English (spoken by American cars, naturally enough), Chinese, a Slavic or Eastern European language I couldn’t identify, and a completely made-up language spoken by a filthy, subterranean troll creature who eats the flowers in Père Lachaise cemetery and abducts Eva Mendes from a fashion shoot. The Mendes “Beauty and the Beast” segment comes after the one in which two actors clad in form-fitting latex perform simulated sex while wearing motion-capture equipment, producing animation worthy of a late-1980s spread in Heavy Metal magazine, but before the one in which Aussie pop siren Kylie Minogue performs a wistful musical number dressed in a ‘60s-style air-hostess outfit.

There are a lot of reasons why I may be better off just dropping a lot of clues about the weird and exhilarating visual, emotional and intellectual voyage of “Holy Motors,” rather than trying to explain it. For one thing, much of the fun in this movie – and if it’s sometimes baffling or challenging, it’s also a hell of a lot of fun – comes from the fact that you literally have no idea what’s coming next, on a far more basic level than in a more normal kind of film. For another, whatever I say is likely to go in the direction of a formal or thematic interpretation of what “Holy Motors” is “about,” and while that might not be totally irrelevant it runs the risk of missing the point. “Holy Motors” is a bizarre transcendent experience more than an ordinary movie, and watching it is about having that experience and puzzling it out as you go, whether that means laughing out loud or feeling outraged and betrayed or saving up questions to debate with your friends afterward.

If a certain kind of Hollywood movie can be described as a roller-coaster ride designed by P.T. Barnum, “Holy Motors” is more like a ride built by Salvador Dalì, assisted by Morpheus from the “Matrix” movies and Situationist philosopher Guy Debord. Near the beginning of the film, a well-dressed French businessman identified as Monsieur Oscar, played by frequent Carax collaborator Denis Lavant, leaves his upscale modernist home outside Paris, bids farewell to his children, and climbs into a white stretch Cadillac limo with an elderly, elegant female chauffeur – I guess one should say “chauffeuse” – named Céline (French film and TV veteran Edith Scob). Given these odd, ostentatious surroundings, we assume he’s some ultra-rich captain of industry or finance, being ferried from one luxurious destination to another, with all his quirks and whims indulged along the way.

At least, we assume that until M. Oscar emerges from the limo elaborately costumed as a shapeless, crippled old lady in a headscarf and multiple layers of sweaters, and spends an hour or so begging for spare change on a bridge in central Paris and mumbling in a foreign tongue. Without giving too much away, let me say that your most basic questions about who or what M. Oscar is, and why he veers from one identity to the next – almost from one reality, or universe, to the next – over the course of his work day are not entirely answered. I know that may drive some viewers bat-guano crazy, so don’t claim you were not warned. “Holy Motors” is something like an anthology film, in which the connective tissue between the different episodes remains mysterious, and something like a Philip K. Dick reality-melting exercise whose central premise remains hidden.

I will add that Denis Lavant, a lean, bald-headed fellow of remarkable physical agility and emotional flexibility, plays at least 11 different roles – unless what I mean is that M. Oscar plays 11 different roles – including, twice, both the victim and the assailant in a violent assault. One way of looking at it is that Céline and her huge American phallic symbol transport M. Oscar, and us, from one sort of movie to another, with each shift in tone and genre marvelously captured by Carax and cinematographers Yves Cape and Caroline Champetier. After the realist social drama about the elderly beggar, we go backstage on the set of some porny “Tron”-style effects film and then into the film itself, and then beneath the streets of Paris into the story of the sewer-dwelling monster who claims supermodel Eva Mendes for his own (can one blame him?) – and then into a tender family drama about a tense and transformative moment between a divorced dad and his teenage daughter.

All that comes before the intermission, which involves accordion music, and before the action-movie episode about a double-crossing hit man and the extremely satisfying assassination of a prominent banker and the encounter between M. Oscar and Kylie Minogue in her air hostess get-up. They appear to be former lovers, in the same mysterious line of work, who meet by accident and take a few (musical) minutes to become reacquainted, unless (dude!) that’s all part of the script too, part of the same inexorable movie that governs all our lives, and outside which there is nothing. You see where I’m going, and I said I wouldn’t go there, so let’s leave it at this: Whatever sense you make (or don’t) of the spectacular, hallucinatory “Holy Motors,” it’s the coolest and strangest movie of the year, and once it gets its druglike hooks in your brain, you’ll never get them out again.