Are professional sports more gay-friendly than ever?

With more athletes speaking their minds, the locker room has become that much less intimidating 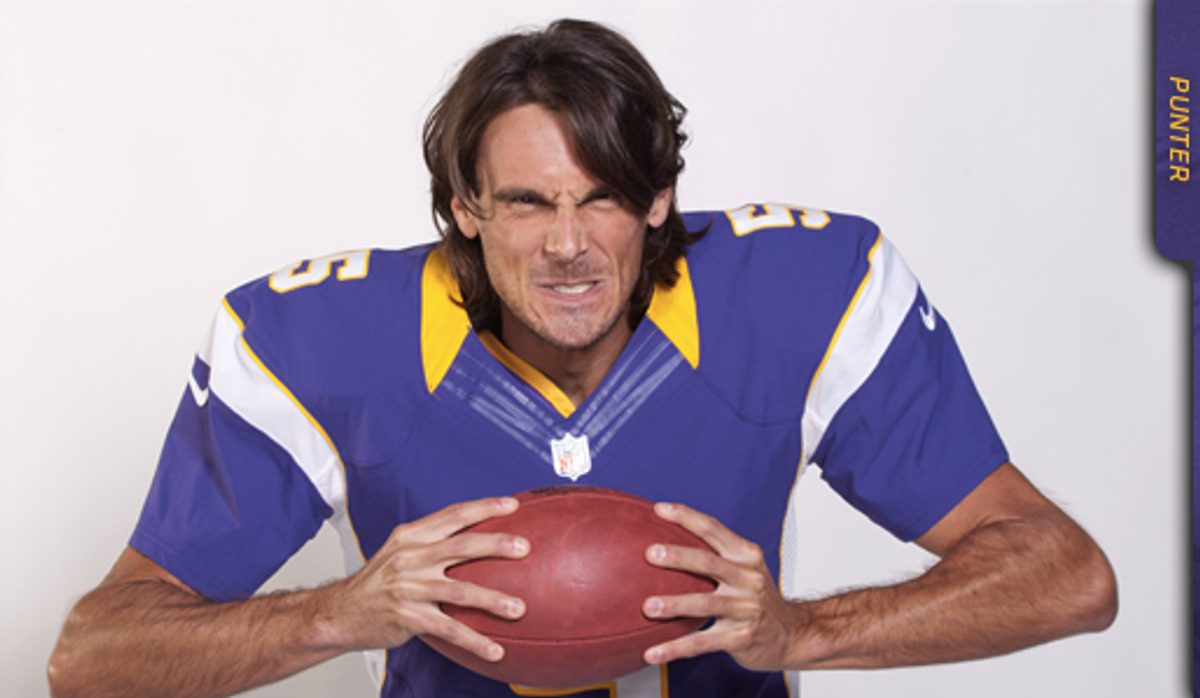 The professional sports locker room can be a scary place, with unwritten rules and political rankings that include which players get lockers next to each other — or far, far away from one another. There are cliques, hazing, pranks, and outsize expectations of toughness. It’s the ultimate site where the stereotypes of what it means to be a man get played out, and the challenge is to fit in and not shake up the coveted “chemistry” teams strive to create. So it isn’t surprising that not a single active gay athlete has come out in American baseball, hockey, football, or basketball. But as the gay-rights movement makes strides in society at large — including the Obama administration backing marriage equality, more states voting to legalize gay marriage, and the military ending its “don’t ask, don’t tell” policy — the sports world is starting to change, too, with more and more athletes speaking out in support of the LGBT community.

Leading the way is Minnesota Vikings punter Chris Kluwe, who has become most famous for his response to a controversy in Maryland last month. It began when Ravens linebacker Brendon Ayanbadejo threw his support behind the state’s attempt to legalize gay marriage. Maryland Delegate Emmett C. Burns Jr. wrote a letter to Ravens owner Steve Bisciotti demanding Bisciotti “inhibit such expressions from [his] employee and that he be ordered to cease and desist such injurious actions.”

Kluwe didn’t hesitate to respond: “Your vitriolic hatred and bigotry make me ashamed and disgusted to think that you are in any way responsible for shaping policy at any level,” he wrote in a letter posted on the sports site Deadspin. Kluwe’s language got colorful -- for lack of a better word -- but the message was clear: Gay Americans should be “full-fledged American citizens just like everyone else, with the freedom to pursue happiness and all that entails.”

Kluwe has since written further pieces, including one that disagreed with former teammate and current Ravens center Matt Birk, who wrote a recent article for the Minneapolis Star Tribune opposing gay marriage. Kluwe even appeared on the cover of Out magazine and sees the change in attitude as generational. “I don’t think the environment has changed so much as the people have changed,” Kluwe says via e-mail. “As younger generations, ones that have been raised in an atmosphere of tolerance and respect, make their way into the professional leagues, I think we’re seeing that it’s OK to discuss issues like LGBT rights because it’s not something to be scared of.”

It’s not just Kluwe and Ayanbadejo who are advocating acceptance. Outsports.com, a site that focuses on sports through the lens of the gay community, published a list of 28 National Football League players who are supportive, including players like Houston Texans linebacker Connor Barwin, whose brother is gay. In hockey, Brian Burke, general manager of the Toronto Maple Leafs, had a son, Brendan, who came out to him in 2007. Three years later, Brendan died in a car accident, and his brother Patrick helped start You Can Play, an organization with a mission “to guarantee that athletes are given a fair opportunity to compete … only by what they contribute to the sport or their team’s success.” National Hockey League players made videos on behalf of the organization, which was similar to Major League Baseball teams like the San Francisco Giants, Los Angeles Dodgers, and Tampa Bay Rays filming spots for columnist Dan Savage’s It Gets Better project, which was started to support LGBT teens. “Ten years ago, you would have had players running away if you tried to ask them anything about gays,” says Outsports co-founder Jim Buzinski. “Maybe even five years ago, there were reporters from other gay publications who tried to interview athletes, and they would literally run away from the question. Now they’ll talk about it.”

So if the atmosphere of fear has lessened, will we see an athlete in one of the major team sports come out? Such an occurrence wouldn’t be the first time a professional athlete revealed that he or she was gay. Tennis star Martina Navratilova came out over three decades ago, and in the 1990s, Olympic gold-medal-winning diver Greg Louganis said he was gay. In July, right before the Olympic Games in London, U.S. soccer’s Megan Rapinoe did the same. Former members of the NFL (Wade Davis, Esera Tuaolo) and MLB (Billy Bean) came out after they were retired. Just five years ago, former National Basketball Association center John Amaechi wrote a book, "Man in the Middle," revealing he was gay.

In 2011, Rick Welts, then the president and chief executive of the Phoenix Suns, came out to The New York Times, as former Pittsburgh Pirates owner Kevin McClatchy did this past September. Most recently, in early October, featherweight boxer Orlando Cruz publicly announced his sexual orientation, a first in the sport. “I don’t want to hide any of my identities,” he said in a statement. “I want people to look at me for the human being that I am … but I also want kids who suffer from bullying to know that you can be whoever you want to be in life, including a professional boxer, that anything is possible and that who you are or whom you love should not be an impediment to achieving anything in life.”

Yet for all the progress there’s been, steep hurdles still exist. “There’s still a lot of homophobia,” Buzinski says, “and coming out is such an individual choice for people to begin with, let alone a high-profile athlete who very likely does not want to be The One or known as the gay player.” When Amaechi came out, the reaction was mixed — there was plenty of support, but active players questioned whether it might create a difficult situation in the locker room. Retired NBA point guard Tim Hardaway said, “I am homophobic. I don’t like it. It shouldn’t be in the world or in the United States.” Last month during a game, Toronto Blue Jays shortstop Yunel Escobar wore eyeblack emblazoned with a Spanish phrase that translated into a homophobic slur. Escobar was suspended for three games and ultimately apologized, saying, “I don’t have anything against homosexuals. I have friends who are gay.” He wouldn’t be the only athlete to change his mind — Hardaway did a complete 180 after his comments, speaking out for LGBT rights in 2011.

Despite still-prevalent anti-gay sentiments, the support network that’s made itself known in the past year is nothing short of impressive and will be a huge part in helping an openly gay athlete find acceptance. “The sports world isn’t quite as suffocating as it used to be, not as scary for young gay athletes trying to find their way,” Kate Fagan wrote in a recent ESPN magazine column, in which she cites many of the same steps forward taken by Kluwe, the NHL, and others. “Over the past year, and especially the past month, the terrain has become more navigable for whoever comes next. We’re ready for him.” She’s right; it just may take a while in the sports world, where players fear losing their next contract with franchises worth millions and leagues that generate more than that. Some think a broad tolerance of gay athletes won’t emerge until an All-Star or future Hall of Famer comes out, a player whose talent is so great that his sexual preference would be a nonissue. Regardless, to have any active, openly gay athlete would be huge progress — he might have the ability to change the minds of homophobic die-hard fans.

“I think the nation will move forward regardless, but it would certainly help to have an athlete come out in one of the four major team sports,” Kluwe says. “Orlando Cruz coming out is pretty awesome because here’s a guy who literally gets in fights for a living, so it’s pretty tough to question his machismo or manliness. Hopefully, he can set a great example for other athletes to realize that it’s OK to be who you are — all that matters in the sports world is how you perform.”

Perhaps the actions of Cruz and others will open the door, but for now, supporters of LGBT rights should be encouraged by the evolving acceptance in the world of sports. With athletes showing they’re not afraid to speak their mind, the locker room is that much less scary. As Dan Savage’s campaign has simply and eloquently stated, it’s indeed getting better.

Read more of The American Prospect at http://www.prospect.org.