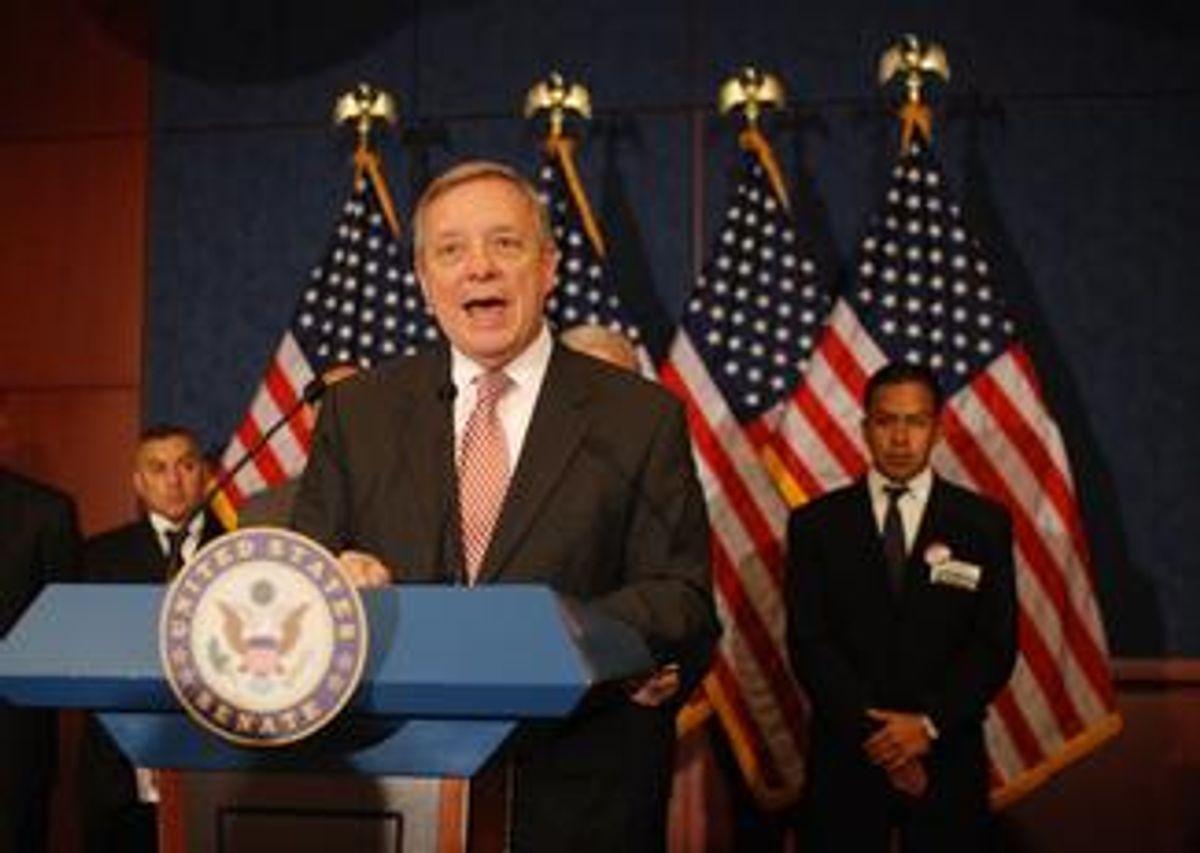 The Benghazi consulate attack was once again a subject of partisan attacks on this Sunday's talk shows. Sen. Dick Durbin, D-Ill., speaking on Fox News Sunday, decried the actions of Rep. Darrell Issa regarding the release of sensitive but unclassified documents about the embassy attacks.

Issa, chairman of the House Oversight Committee overseeing an investigation into the U.S.'s handling of the embassy attack, posted raw State Department cables online late last week. Names of Libyans working with U.S. diplomats were not redacted from the published documents.

"This idea of Chairman Issa, that he's going to dump the names, in public, of Libyans who are risking their lives to support America and keep us safe, in an effort to get a political toehold in this election, is unconscionable," Durbin said

Durbin echoed the now oft-repeated charge, made by both Democrats and Republicans at each other, that Issa was attempting to "politicize" the tragedy in Libya.

The Benghazi attack will likely be a major topic in Monday's final presidential debate, which focuses on foreign policy.