"The Stockholm Octavo": Powdered wigs, poisoned fans and a lively deck of cards 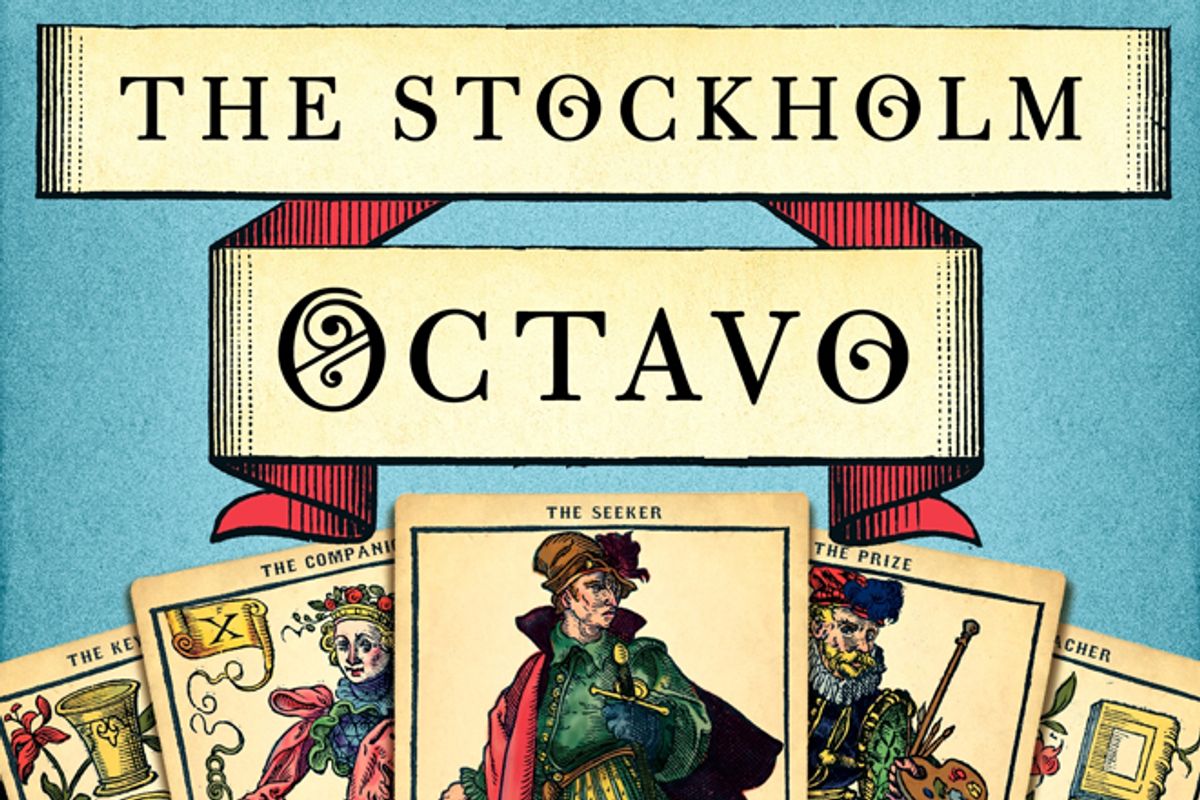 Karen Engelmann's "The Stockholm Octavo" is a bonbon box filled with treats designed to appeal to lovers of literary historical thrillers. The setting is late-18th-century Stockholm under the cultured King Gustav III, so in addition to the wintery mystique of that city, you will also find powdered wigs and elaborate court gowns in myriad colors of satin. There is conspiracy, specifically that among the Swedish nobility who resent Gustav's efforts to transfer some power and rights to the commons; there is a rakish demimonde of professional gamblers, showfolk and brothel-keepers; and there is a whiff of the supernatural, as the characters practice the form of cartomancy — divination by cards — that gives the novel its title.

The main character is Emil Larsson, a self-described man of "the Town," as the people in the book invariably refer to Stockholm. A hustler who has clambered his way into the ideal civil service job (he's a sort of undercover customs agent whose work consists of hanging out in taverns and coffee shops hunting smugglers), Emil believes it is in his interest "professionally and personally to be utterly forgettable — escaping entanglements, obligations and occasionally revenge." He has one friend, Mrs. Sparrow, an older woman who runs an exclusive gaming establishment and with whom he often serves as a partner in the popular game known as Boston whist.

Mrs. Sparrow is not always an honest card player: "She had a blind riffle that was undetectable, and a one-handed true cut that she pulled off with the innocence of a milkmaid." But the occasional cheats she employs are mostly intended to preserve the harmony of her card rooms and the reign of the king, a personal friend to whom she is ardently devoted. Mrs. Sparrow is also a seeress, given to prophetic visions, as well as the deviser of the Stockholm Octavo, a nine-card divinatory layout using "an old and mysterious deck distinct from any [Emil] have ever seen before." The central card stands for "the Seeker," and the surrounding eight signify eight people who will play key roles in some major event or transformation in the Seeker's life.

The novel is generously illustrated with images of these cards. (Engelmann uses the Nuremberg deck, designed in the 16th century by Jost Amman and featuring suits and court cards different from both the customary playing cards and the minor arcana of the Tarot.) The eight cards positioned around the Seeker's card are given names like the Companion, the Teacher, the Courier, the Prisoner, the Magpie and so on. When the novel begins, Emil's boss insists that all his staff be respectably married, and the bon vivant hopes that the Octavo will assist him in landing a suitably toothsome and well-dowered bride from a good family. In pursuit of his goal — "love and connection," as Mrs. Sparrow optimistically puts it — Emil tries to identify which of the people he meets as he moves through Stockholm society (high and low) constitute his Eight.

However, it soon becomes apparent that more is at stake than just the settling of one sekretaire into a condition of reluctantly wedded bliss. Emil is drawn into the orbit of a beautiful aristocratic widow known as the Uzanne. She loathes Gustav and intends to use her considerable skills to see him deposed. Those skills, while not statecraft in the tradition sense of the word, prove formidable. A villainess worth of Dumas, the Uzanne is an expert conniver as well as a connoisseur and master of the hand-fan, an accessory used by ladies of the time to facilitate seductions and signal messages to friends, confederates and lovers. (There was, in fact, an established language of hand-fan gestures in the 18th century.) The classic uses of the hand-fan not being sufficient to the Uzanne's nefarious needs, she commissions a customized version outfitted to deliver a doze of sleeping powder — or worse. This scheme draws a family of French fan-makers (exiled by the Revolution) into the story.

Seasoned with lush descriptions of fine houses, dresses and the eloquently decorated fans — the finest of which are given names and referred to with the feminine pronoun — "The Stockholm Octavo" is great fun to read. Unlike most other efforts in the genre, however, it never feels trumped-up with false portents and stakes. Europe really was in the process of cataclysmic change and if Gustav's true historical role was a bit more complicated than Engelmann indicates, he makes an excellent symbol of Enlightenment ideals menaced by the old guard. The message of the Octavo itself — that people are connected to and influence each other to a far greater extent than they realize — is a true one, even it it comes festooned in the paraphernalia of fortune telling.

Most effective of all is the journey of Emil himself, who narrates the first-person chapters of the novel. (It is Engelmann's conceit that the third-person chapters, describing events at which Emil was not present, are the result of his interviews with the other characters.) His evolution as a man is not just incidental to the novel's intrigues, but actually shaped and directed by them. He is a genuine character — a sort of 18th-century Jay McInerney type — rather than merely a convenience on which the story and setting are hung. That makes the conclusion of "The Stockholm Octavo" far more satisfying than the endings you get with most books of its kind, even if you're never remotely tempted to puzzle out an Octavo of your own.